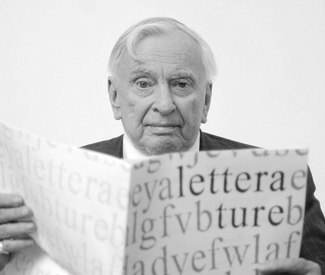 FRAMELINE Each year Frameline’s program vividly reflects issues that of late have seemed most urgent in the LGBT community — for many years, for instance, there was an understandably overwhelming amount of films about AIDS. Most recently, the fights for gay marriage and trans rights have dominated many a dramatic and documentary selection.

It is sometimes nice, therefore, in the fray of pressing public debate and community activism to escape topicality and sink into the achievements and personalities of more distant queer-history eras. Several documentaries at Frameline37 offer just that, as they chronicle the lives and times of five extraordinary men (albeit one normally found in a dress and fright wig).

The most San Francisco-centric of them is Stephen Silha, Eric Slade, and Dawn Logsdon’s Big Joy: The Adventures of James Broughton, about “a golden secret of West Coast bohemia.” The late James Broughton was a poet, prankster, and experimental filmmaker who began making films in the late 1940s “to see what my dreams really looked like.” A significant figure in the pre-Beat San Francisco renaissance of avant-garde art, he won a prize at Cannes for 1953’s typically playful, hedonistic The Pleasure Garden, but declined the commercial directing career offered him — in fact he didn’t make another movie for 15 years, when free-love hymn The Bed became a counterculture smash.

Broughton married and had three children (including one with not-yet-famous local film critic Pauline Kael), but at age 61 found his soulmate in 26-year-old fellow director Joel Singer, thereafter devoting his life and work to celebrations of gay male sexuality. (Interviewed here, his ex-wife Susanna calls this turn of events “a very unwelcome incident from which I never recovered.”) The documentary provides a treasure trove of excerpts from a now little-seen body of cinematic work, as well as much archival footage of SF over the decades.

Bringing joy to a lot of people during his too-brief life was Glenn Milstead, the subject of Jeffrey Schwarz’s I Am Divine. A picked-on sissy fat kid, he blossomed upon discovering Baltimore’s gay underground — and starring in neighbor John Waters’ underground movies, made by and for the local “freak” scene they hung out in.

Yet even their early efforts found a following; when “Divine” appeared in SF to perform at one of the Cockettes’ midnight movie/theater happenings, he was greeted as a star. This was before his greatest roles for Waters, as the fearsome anti-heroines of Pink Flamingos (1972) and Female Trouble (1974), then the beleaguered hausfraus of Polyester (1981) and Hairspray (1988). Despite spending nearly his entire career in drag, he wanted to be thought of as a character actor, not a “transvestite” novelty. Sadly, he seemed on the verge of achieving that — having been signed to play an ongoing male role on Married … with Children — when he died of respiratory failure in 1988, at age 42.

A different kind of tragedy is chronicled in Clare Beaven and Nic Stacey’s British Codebreaker, about Alan Turing — perhaps the most brilliant mathematician of his era, who basically came up with the essential concept of the modern-day computer (in 1936!) He played a huge role in breaking the Nazi’s secret Enigma code, thus aiding an Allied victory. But instead of being treated as a national hero, he was convicted of “gross indecency” (i.e. gay sex) in 1952 and hounded by police until he committed suicide two years later. Half conventional documentary and half reenactment drama (with Ed Stoppard, playwright Tom’s son, as Turing), Codebreaker illustrates the cruel price even an upper-class genius could pay for his or her sexuality in the days before Gay Lib.

Two literary lions are remembered in the last of these historical bio-docs. Daniel Young’s Swiss Paul Bowles: The Cage Door is Always Open recalls the curious life of a successful American composer turned famous expat novelist. He and wife Jane Bowles moved to post-World War II Tangiers, where they entertained a parade of visiting artists — and, by all accounts, a succession of same-sex lovers. Clips from Bernardo Bertolucci’s underrated adaptation of Bowles’ literary masterwork The Sheltering Sky (1990) are here alongside input from acquaintances and observers including John Waters and Gore Vidal.

The latter is the whole focus in Nicholas Wrathall’s Gore Vidal: The United States of Amnesia, and what could be better than that? Perhaps undervalued as a frequently very fine novelist because he was so prolific (and popular), he’s considered here primarily as a public intellectual — a term that seems positively antiquated in our climate of pundits and ranters — and fierce lifelong critic of American hypocrisy in all its forms, especially the political. He was a scold (or a “correctionist,” as he put it), albeit of the wittiest, most clear-headed and informed type. Among myriad highlights here are seeing him on TV reduce friend-rival Norman Mailer to sputtering fury, shred the insufferable right-wing toady William F. Buckley, and make poor Jerry Brown squirm under his effortless tongue-lashing.

Endlessly quotable (“We’ve had bad Presidents in the past but we’ve never had a goddam fool,” he said of George W. Bush), obstinately “out” from an early age if never very PC in his views (“Sex destroys relationships … I’m devoted to promiscuity”), Vidal is aptly appreciated here as “a thorn in the American Establishment, of which by birth he is a charter member.” There will never be anyone quite like him — but we sure could use some who are at least in the general ballpark. *