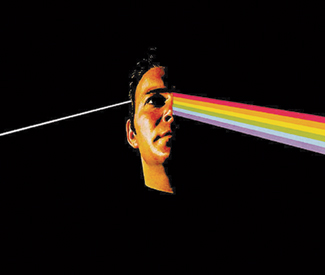 Today, we can only wonder at the supreme cool of an era in which a summit of titans — William Shatner, Andy Griffith, Robert “Mr. Brady Bunch” Reed, and Marjoe Gortner, the latter recently profiled in these pages — might be shrugged off as another night’s disposable entertainment. Or another week’s, this being an “ABC Movie of the Week” in the variously taboo-breaking, trashtastic, and forgettable lineage of gay drama That Certain Summer (1972), Karen Black-a-thon Trilogy of Terror (1975), and self-explanatory Gidget Gets Married (1972). Perhaps those who stuck it out, stunned into a dislocative state by the unexpected impact of primetime existential bleakness, chose to forget the experience and go on living their lives as best they could. (It can surely be no coincidence that, in a general sense, everything’s gone to hell since.)

You, of course, can approach forewarned at the Vortex Room when Pray for the Wildcats finishes off a bill celebrating the still alarmingly active Shatner’s 81st birthday. What, pray tell, is Wildcats? It is seriously sick shit directed by Robert Michael Lewis and written by Jack Turley, two nondescript network hacks hitherto and henceforth never so guilty by association. Their Mount Rushmore of broadcast comfort-food stars — the wild card being Gortner, a self-exposed evangelical con man just starting to turn his notoriety into an acting career — play business types on a guys-only holiday in Baja.

Except Gortner ain’t the weird one here, despite his contrasting youth and Godspell ‘fro. Instead, that’s erstwhile Mayberry sheriff Griffith, making the “old country boy” folksiness curdle on his tongue as Sam Farragut, a tractor tycoon who basically blackmails the other three into going on the trip lest their advertising agency lose his million-dollar account. They reluctantly leave their spouses (notably a bitchy Angie Dickinson) behind to pretend they’re having fun with this weaselly, wealthy hick.

Trouble is, Farragut turns out to be a full-on psychopath whose notion of kicks fast grows unpleasant. This proves particularly unfortunate for a hippie couple whose supple young flesh attracts Uncle Andy’s leering attention. But it leaves no one unscarred — as if we didn’t already get the cynical point from prior caustic references to “the rat race” and the American dream, Wildcats ends with one character saying “I want a divorce,” another announcing her recent abortion (topical!), and a third sighing an all-purpose “God help ya.”

This midnight walk on the daaaark side will be preceded by a program of Shatner rarities, including his very special 1972 guest appearance on Mission: Impossible, as an evil playboy in an episode titled “Cocaine.”