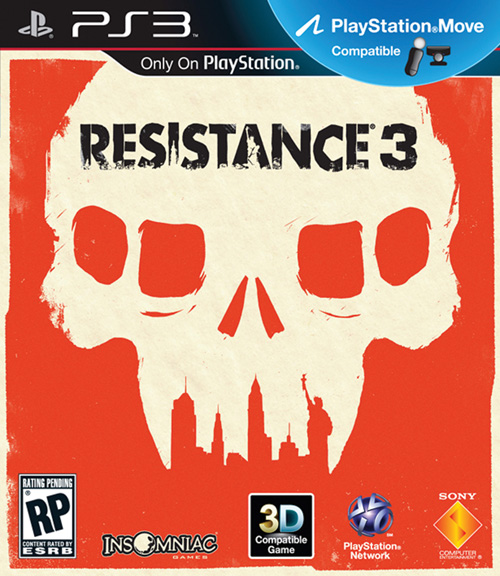 GAMER Take a look at your favorite games from the past few years and you’ll find most were released not only on one system, but on two or three. The days of platform exclusivity are waning, and all these multi-platform releases mean console exclusives like Resistance 3 are increasingly important to manufacturers interested in maintaining their position in the industry.

Sony’s Resistance saga traces the path of a space virus sent to Earth to turn humans into alien-beings called the Chimera. The first two games follow Nathan Hale, a soldier who battles the virus across Europe, and eventually America. Resistance 3 kicks off where the second game ended (Resistance 2 spoiler warning): virus-stricken Hale is shot dead by his second-in-command Joseph Capelli.

Capelli is a more interesting protagonist than his predecessor, and killing off the main character allows developer Insomniac Games to create a more compelling story that deviates from the military action of the first two titles, but it also robs the story of its building tension, and the final product doesn’t have the oomph needed for an epic end to a purported trilogy.

Visually, Resistance 3 boasts some impressive animations and lots of detail. Little things, like trees bent backwards and street signs trembling during a windswept shootout on small-town Main Street, create an uncanny atmosphere that is not unlike Half Life 2 — a game that the cross-country trek of Resistance 3 evokes in more than just atmosphere.

Where Resistance 2 had a more modern shooter attitude (maximum of two guns, regenerative health), the third entry flips the switch in a positively old-school way. Health is distributed via health packs and you can carry a vast and devastating weapons arsenal for the duration of the campaign. Much like Insomniac’s other series Ratchet & Clank, the devil is in the arsenal.

Weapons are introduced at an alarming pace, each with primary and secondary fire, doubling the number of options. Even the earliest of weapons, like the Bullseye (shoots around corners) and the Auger (shoots through walls) are designed to create diverse combat experiences, and a limited ammo supply encourages you to try them all.

Three years of polish has done wonders for Resistance 3, but it’s hard to believe this is the end Insomniac had in mind. Despite its Sony exclusivity, consumer hype is not where it needs to be and Insomniac recently indicated that they are ready to move on. On paper, Resistance 3 is easy to recommend: it’s atmospheric, varied, and has a ton of content when you factor in above-average multiplayer, 3D and Move support. But in a sea of options, it’s hard not to be wary of the sinking ship.