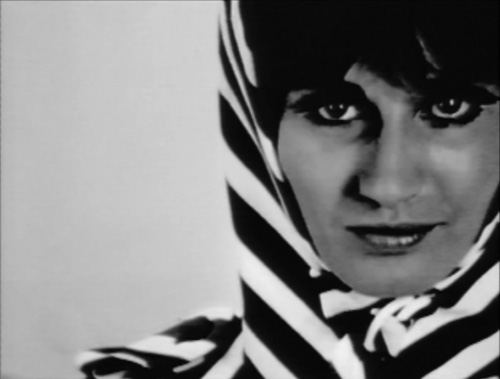 TRASH One of the longer-running Holy Grail pursuits among a certain type of movie fan finally ended last month with the official DVD release of Otto Preminger’s Skidoo, a legendary 1968 boondoggle that was the veteran Hollywood prestige director’s attempt to tap the new “youth market.” Someone deemed those crazy kids might be magnetized, in the year of 2001: A Space Odyssey, Rosemary’s Baby, and Yellow Submarine, by a gangster farce starring the fossilizing likes of Jackie Gleason, Carol Channing, Frankie Avalon, Mickey Rooney, and 78-year-old Groucho Marx (as God).

Possibly impressed by the dancing-trash-cans production number, a presumably well-paid Timothy Leary opined “I think this movie’s going to ‘turn on’ the country.” But between the script’s attempted surrealism, Preminger’s cement-block flair for levity, and the cast’s general bewilderment, Skidoo could only become Hollywood’s most grotesquely square attempt to groove with the Now Generation. A major flop, notoriety made it a sought-after curio for later generations who mostly had to dig its bad trip in crappy 10th-generation TV dupes. Now that it’s available through above-ground channels, everyone can experience the satisfaction of finally seeing something they’ve always wondered about, even if Skidoo will always be better in theory than actual viewing.

But how to see such yea more obscure relics of cinema’s most flailingly adventuresome era as Been Down So Long It Looks Like Up To Me (1971), The Magic Garden of Stanley Sweetheart (1970), or B.S. I Love You (1971)? What about the umpteen “kinky” pre-porn sexploitation epics and Pop Art-flavored spy spoofs from Europe that never achieved the cult (let alone the budget) of 1968’s Barbarella? Or those early TV movies which scarred late-wave boomer kids’ memories, then were left to gather studio library dust?

Good luck — considered to be of no remaining commercial value, most of the above eluded salvage even at the height of the 1980s VHS craze, when it seemed almost anything shot on celluloid (or not) got shunted out to hungry renters. What is the fan of post-“Golden Age,” pre-mall flick moviegoing to do?

Fortunately, meeting the demands of a discerning, frequently obsessive few have been such variably gray-shaded online market purveyors as Video Search of Miami, Something Weird, Subterranean Cinema, and Modcinema. Modcinema (www.modcinema.com), currently celebrating its third year anniversary of “exploring ’60s/’70s culture through rare and hard to find films,” is run by Los Angeleno Dante Fontana. He blames the no-show of some psychedelic relics and Me Decade titles on music rights issues — before VCRs, soundtracked songs were licensed for very limited use, and can now be very expensive to renew.

Things are looking up, however. Warner Bros. and Sony/Columbia have launched on-demand DVD-R services, Fontana says, noting “we’ll see many rare movies become available over the course of the next several years. Many studios are in debt and they want to make money off of their titles currently being sold on the gray market by people such as myself.”

He’s not worried about the competition, however. “I love these films and want them to become available on an official level. I consider what I do preservation, [selling] titles that are in danger of being completely forgotten about, raising awareness so that the studios will see there is in fact a fanbase of people who’d buy a DVD of a movie like Skidoo if they saw it.” Still, there remain “thousands and thousands of movies out there being neglected. Films that simply don’t have any known stars in them, or experimental-art films, made-for-TV movies, international films that never got any U.S. distribution.”

Among the nuggets Modcinema has unearthed in such categories are vintage telepics like The Feminist and the Fuzz (Barbara Eden as middle America’s then-idea of a Women’s Libber — forever fuming at imaginary sexist offenses, requiring a he-man to settle her down), vanity biker flick J.C. (as in Jesus Christ, which is how producer-writer-director-star William F. McGaha’s character humorlessly sees himself), or leeringly Italian crime caper You Can Do A Lot With Seven Women. And those are just from 1971.

Fontana also has a particular fondness for vintage Franco pop. In his collection you’ll find plenty of showcases for Françoise Hardy, Serge Gainsbourg, etc., plus multiple episodes of the incredible monthly 1965-70 TV program Dim Dam Dom, which made the best use of a go-go dancing ensemble this side of Shindig! while offering musical guests both native and imported (from the Bee Gees to Jimi Hendrix).

Modcinema has also packaged some unique compilations: The “Colorspace” series is a party sampler of movie trailers (“Now you’ll know the thrill of wrapping your legs around a tornado of pounding pistons, like The Girl on a Motorcycle!”), fashion promos, commercials (007 Deodorant), and whatnot. Hearing Nancy Sinatra trill “Shake that cola drag/Try the one that’s really mad!” for RC Cola — well, it can really blow your mind. (Dennis Harvey)