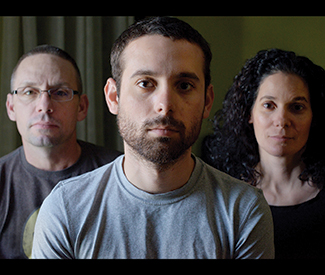 FILM It is a conundrum of modern life that we encourage aggression in our heroes of the battlefield and playing field, then are shocked when they fail to act like gentlemen. The comparison may be forced in some ways — especially in the wildly unequal compensation given people who risk their lives in uniform, versus those who risk a broken bone or concussion at worst. But both arenas are last bastions in which we celebrate unabashed machismo, physical strength, and daring in real-life as opposed to fictive form.

Dan Krauss’ documentary The Kill Team is a vivid worst-case-scenario illustration of that general issue. It’s unabashedly for the defense in the military-court case of US Army Pvt. Adam Winfield, who during the Afghanistan service he’d volunteered for became seriously disturbed by the deliberate murder of locals carried out by his squad commander, Staff Sgt. Calvin Gibbs. The latter purportedly told another grunt, “Afghanistan is a warrior’s paradise,” and was willing to make it so by planting grenades and other weapons after the fact on locals they’d “killed for sport.”

It was a big scandal when it broke in 2010, but The Kill Team‘s focus is more scandalized by the fact that the military justice system tried to scapegoat Winfield as reward for his whistle-blowing. The film follows his months of legal counsel (after nearly a year in lockup) as he and his parents orchestrate their battle against a military court clearly determined to silence, if not outright kill, the messenger.

Pint-sized Floridian Winfield defied his parents’ wishes when he enlisted during post-9/11 wartime before his 18th birthday. Still, they figured opposing him would only stir resentment when he’d always been so determined to follow in his Marine veteran father’s boot steps. But on-the-ground duty wasn’t what he, or anyone else, expected. As one of his ex-platoon mates says here, their Top Gun-inspired dreams of “kickin’ ass” nonstop crashed against the “boring as fuck” reality of Afghanistan, where “instead we’re forced to help ’em build a well, or a school, or whatever.”

“It was nothing like everyone hyped it up to be … and that is probably partly why, uh, things happened,” continues Pvt. First Class Justin Stoner, who ironically later busted the whole business open by complaining about someone else’s hash smoking. The less overtly mindless Cpl. Jeremy Morlock explains the milieu in different terms: “It’s like your whole existence is a series of tests. Are you man enough? Are you tough enough? Can you pull a trigger? Can you kill?”

Thirsting for any brief burst of adrenaline among overwhelming tedium, “bullshit,” and “hating life,” these raw recruits — they still all look like college freshmen — became susceptible to the siren song of Iraq veteran Gibbs, a Sgt. Rock type who’d create excitement if real life refused to provide it. According to the soldiers interviewed here (Gibbs himself isn’t heard from), their immediate superior regularly planned thrill-kills of presumably innocent locals, planting weapons on them afterward to “prove” they were insurgents or at least Taliban sympathizers.

Gibbs was so gonzo he was apparently assembling a finger-bone necklace from the remains of his accumulated kills. “They’re all savages, they’re all pieces of shit,” Winfield recalls Gibbs saying, trying to convince him their civilian casualties were less than human. But Winfield’s unease attracted attention even before he reached out to the company chaplain, or began begging his stateside father to inform authorities about “killing innocent people” via Facebook chats. While it was (honorably discharged) Stoner’s trivial complaint that ultimately opened the whole can of worms in public, the threat Winfield’s queasy conscience posed caused him to get myriad thinly veiled death threats within his unit.

When Winfield finally flew home to anticipated protection as a whistle-blower, he was instead thrown into jail and accused of the crimes he’d exposed, with the initial charges against him carrying a life-sentence “minimum.” None-too-subtle message: You coulda shut up, you didn’t, now eat it.

The Kill Team feels over-slick at times, in that nonfiction advocacy-cinema mode where the filmmakers get so close to their subjects they can shoot them like actors. (Did Winfield’s parents really have such soul-searching moments in front of the camera? I wish I didn’t even wonder.) Still, its extraordinary story can hardly help but involve and outrage.

Speaking of an Afghan farmer who barely looks adolescent in the photo we see — where grinning US soldiers pose with his corpse — Cpl. Morlock says “He didn’t register as a person, he was just, you know, there.” Yes, the US troops were dealing with a situation in which they were heavily regulated from interfering with a foreign culture, leaving them wide open to lethal attacks from people they hadn’t previously been able to divide between civilians and terrorists. “Nobody’s innocent … so fuck ’em,” Morlock recalls as his attitude. He blames this largely on the absent, macabre Gibbs, saying, “It was impossible not to surrender to the insanity of it all.”

A more sober, perhaps less self-serving perspective is offered by Stoner, who shrugs, “This goes on more than just us [i.e., the Kill Team unit]. We’re just the ones who got caught.” — and who alone among the central Army personnel here got honorably discharged, re-enlisting a few months later. Then there’s Winfield himself, who looks like he’ll possibly never get over his post-traumatic depression and disillusionment. “It’s not how they portray it in movies, where it’s a bunch of honorable men with unshakable patriotism,” he says, pimply and pallid amid his long pre-military trial incarceration. “It’s just a bunch of guys with guns.” *