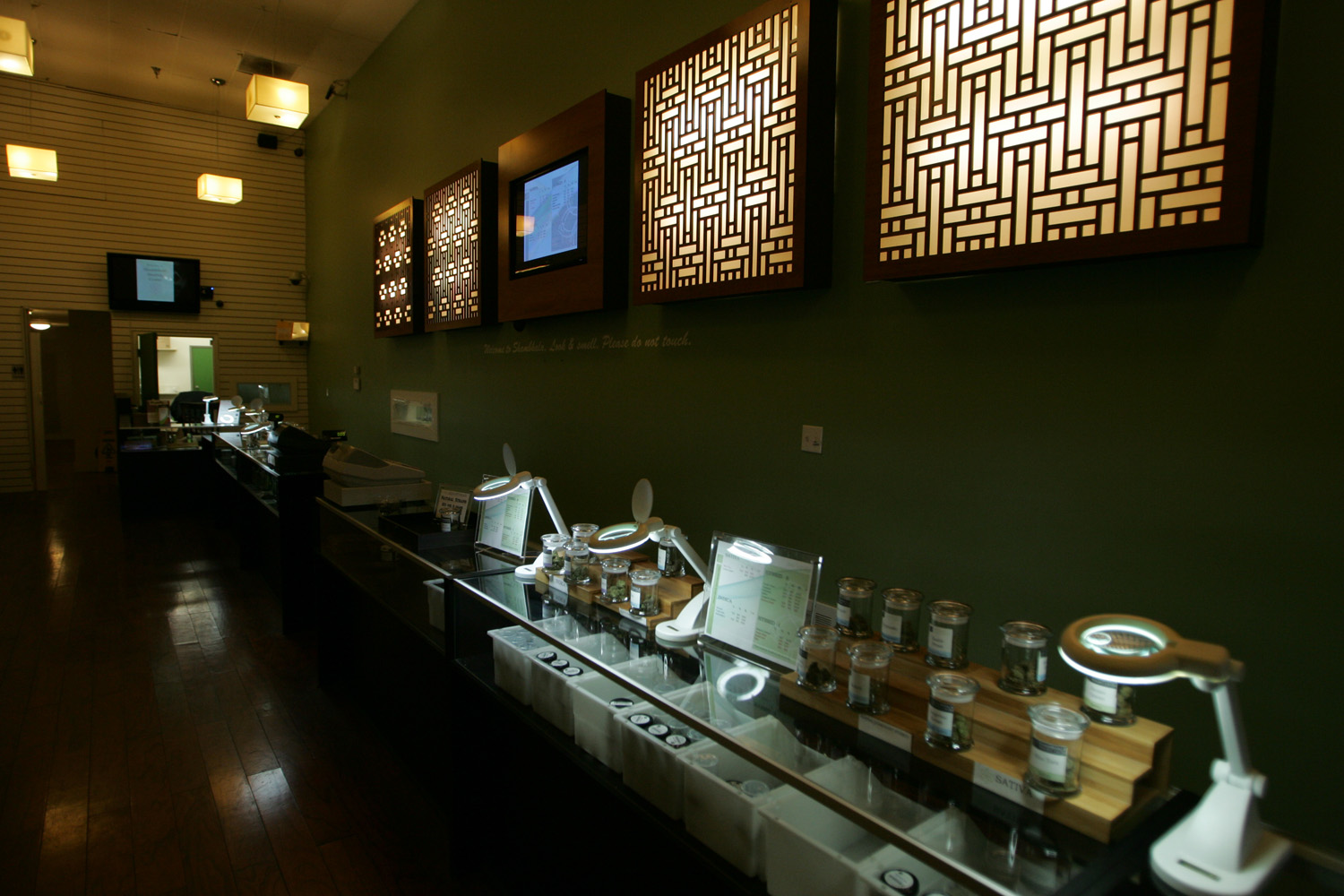 Over the last five years, cannabis club after cannabis club sprouted throughout San Jose while the city’s local government debated, wavered, and faltered over the best way to regulate their pot clubs. But last month, San Jose City Council members, citing an abundance of pot clubs as the cause of a surge of marijuana use in schools, got tough. They voted to enact regulations that would make it too costly for more than 70 of their pot clubs in the city to operate. Only about 10 would survive.

Meanwhile, San Francisco pot clubs rest easy, undisturbed, and untouched — at least by the San Francisco officials who pioneered regulations in the city early on. In fact, the city’s Planning Department has recently recommended expanding the so-called Green Zone where dispensaries are allowed to operate by allowing dispensaries closer to schools.

“Because zoning is so limited, the biggest struggle is finding a location,” Shona Gochenaur, director of Axis of Love SF Community Center, told the Guardian. “I’ve known collectives that have searched for over two years for a space correctly zoned. If you get through all those mindfields and to your Planning Commission hearing, it’s smoother. Very few permits have been denied if they survive to that point.”

But San Jose’s proposed regulations take it a step farther: they would limit pot shops to industrial areas that make up roughly 1 percent of San Jose. Plus, under San Jose’s proposal, San Jose’s pot shop owners will have to grow their own cannabis and produce any topicals and edibles in house. For that, they’ll need kitchens, labs, health inspections, and a host of costly equipment. Also unlike San Francisco, no concentrates will be allowed, causing many marijuana patients to suffer from lack of access to the medicine they need.

After San Jose approved the relegations, Santa Clara County Board of Supervisors voted unanimously to enact a temporary moratorium on the establishment of medical marijuana dispensaries in unincorporated Santa Clara County. David Hodges,  a member of the Silicon Cannabis Coalition and owner of the All American Cannabis club, says he has until July 18 to put forth a referendum that would undo San Jose’s vote.

“I want regulations that work,” he said. “We want to remove the language that makes it impossible for dispensaries to operate and to keep everything else.”

The problem, he said, is that San Jose hadn’t enacted regulations soon enough. San Francisco was way ahead of them.

Gochenaur worked on some of San Francisco’s early regulations, recognizing that the feds would step in if cannabis activists didn’t act first.

“[The] San Francisco movement came with the AIDS crisis with city electeds that were both empathetic and personally affected by watching loved one’s suffering, our ZIP code being hit the hardest,” said Gochenaur .“We had the risk takers and the trail blazers willing to open their doors.”

San Jose, instead, opted for the laissez faire approach, allowing their dispensaries to grow, and then regretting it later.

When San Jose attempted to enact similar regulations back in 2011, Hodges used a referendum to stop the council’s plans. But, once he succeeded in defeating San Jose’s proposal, no new regulations were proposed.

“The cannabis movement in San Jose is back at square one,” Hodges wrote on his website after his referendum succeeded.

John Lee, director of the Silicon Valley Cannabis Coalition, said his organization’s biggest mistake was repealing, rather than revising, San Jose’s proposal 3 years ago. “We just knew that we couldn’t do with what they were proposing,” he said. “We just wanted to stop their relegations. But we had no idea how to regulate this back then. Now we want to.”

Having narrow relegations to begin with leaves San Francisco with room for revision later. For instance, Sup. John Avalos is working with the Planning Commission to help expand the Green Zone by bringing dispensaries 600 feet away from schools rather than 1,000 feet now. On the opposite end of the spectrum, Santa Clara Deputy County Executive Sylvia Gallegos has claimed before that San Jose’s dispensaries, totalling over 90 at the time,  caused a 106 percent increase in drug abuse-related suspensions of students in East San Jose schools in 2011-2012.

“I was smoking pot in high school before I even knew what a cannabis club was,” Hodges said. “Keeping dispensaries away from schools won’t stop that.”

If Hodges referendum fails, he says he’ll leave the cannabis industry for good.

“Right now, this could happen anywhere. There’s no safe place,” he said. “Save for Oakland – kind of. And San Francisco. But they have the territory well-covered in those areas. There’s no need for me there.”

San Francisco dispensaries may have local support, but without statewide regulations, they’re not immune to federal crackdowns, either, as the closures of Vapor Room and HopeNet made clear back in 2012. For years, Assemblymember Tom Ammiano has been trying to create statewide regulatory framework for California to help limit the crackdowns. In May, his most recent bill to address statewide regulation failed to pass the Assembly Floor. Since then, Ammiano has backed a bill from Senator Lou Correa (D-Santa Ana) that would force dispensaries to obtain local approval prior to obtaining state approval.

David Goldman, a former member of the San Francisco Medical Marijuana Task Force, told us, “It’s basically the only sensible approach towards state framework. The US Attorney is less likely to go after states with a strong structure. The tighter the regulations, the less the feds will go after dispensaries.”

For now, cannabis owners in San Jose must focus on their own, local battle to save themselves. As for the San Francisco cannabis owners who’ve passed their bureaucratic tests and received their golden permits, business resumes as usual.