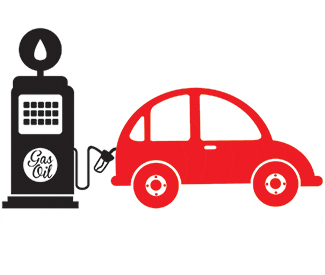 Warning! This is just a friendly reminder that your petroleum habit is hurting us all.

Berkeley’s Community Environmental Advisory Commission recently approved the concept of stickers to be placed on gas pump handles that warn drivers that greenhouse gases such as those emitted from automobile tailpipes contribute to global warming. If it makes sense to warn that cigarette smoking increases the likelihood of developing lung cancer, then hey, why not remind drivers that by using fossil fuels, they’re increasing the planet’s temperature and volatility.

The campaign is led by 350 Bay Area, a grassroots environmental organization affiliated with 350.org, a global climate movement. The name reflects its main goal: follow scientists’ warnings to reduce the amount of C02 in the atmosphere from its current level of 392 parts per million to below 350 ppm, a crucial threshold of climate instability.

While Berkeley has gained the most political traction for 350 Bay Area’s “Beyond the Pump” campaign, 350 Bay Area is also working on getting San Francisco to adopt the gas pump stickers and other planet-saving tactics.

Since last year, advocates with 350 Bay Area worked in collaboration with Sup. John Avalos on a 10-Point Climate Action Work Plan that was officially adopted in April. This plan commits the Bay Area Air Quality Management District to reducing greenhouse gas emissions to 80 percent of 1990 levels by 2050. The group has also been in contact with Avalos and his legislative aide Jeremy Pollack about sponsoring an ordinance to place the warning stickers on gas pumps in San Francisco.

“I think it’s great. We need reminders about the impact of fossil fuels on an individual basis,” Avalos told the Guardian. “We have choices, and this is a great way to build awareness of those choices.”

Avalos said that his office has already started looking into the idea of putting stickers on gas pumps. Right now, he’s still waiting on enough research to ensure the stickers can pass legal muster against any challenges by the petroleum industry.

“Hopefully it will work out. The City Attorney is looking into it, and we’re waiting to see what happens with Berkeley,” Pollack told the Guardian. “We tried something similar with warnings about cell phone radiations, but the court struck it down.”

He’s referring to the nearly three years of legal battles with the mobile phone industry group CTIA over a San Francisco law passed in 2011 that had required every store selling cell phones in the city to display the specific absorption rate of radiation expected from each phone model.

CTIA took San Francisco all the way to the 9th Circuit US Court of Appeals, saying the law interfered with their free speech rights. And, it won. Finally, last May, San Francisco gave in and killed the warning law. Those legal battles are not something San Francisco is likely to forget, no matter what environment-happy warning labels come along.

Yet the San Francisco public might not mind a gentle push. According to a recent poll by the Yale Project on Climate Change Communication, 77 percent of San Franciscans think that residents should be doing more to address climate change. The stickers could serve as a gentle push in that direction, and though Avalos is confident his city will get stickers eventually, it looks like Berkeley residents will get their warnings first.

“We’re not going to stop at Berkeley,” Jack Lucero Fleck, 350 Bay Area Steering Committee member, told us. “Right now, there’s no clues in gas stations that fossil fuels might be a problem. But advertising works. That’s why corporations spend billions on it. The human mind can’t ignore it.”

The campaign — the only one in the country with political fraction — is parallel to a Toronto campaign called Our Horizon. But unlike the stark, graphic warnings in Canada, 350 Bay Area takes heed from failed attempts by the US Food and Drug Administration to pursue graphic cigarette warning labels.

Right now, thanks to tobacco advocates who’ve aggressively protected their free speech rights, warnings on US cigarette packaging are tame. But if you go to Canada for a smoke, you’ll find packaging that reads, “This is what dying of lung cancer looks like,” followed by the image of an emancipated, corpse-like body. The least graphic image is of a gentle crib, but even that’s followed by information about the connection between smoking and Sudden Infant Death Syndrome.

Berkeley could opt for similar, hardcore carbon emission warning graphics (picture it now: baby polar bears balancing on ice, fish washed up on shores, massive dust clouds about to drown villages), but 350 Bay Area is more mindful of the legal fallout that would likely follow.

Instead, the Berkeley warning sticker samplers are downright peppy. In hot pink, the sticker shouts, “Global warming alert!” followed by a pastel blue that informs drivers, with the gentle nudge of a concerned parent, “Burning gasoline emits C02. The City of Berkeley cares about global warming.” Then there’s a picture of a cute little car emitting a cloud of murky C02.

“We wanted the language to be careful and the facts noncontroversial,” 350 Bay Area Campaign Manager Jamie Brooks told us. “We have to be as gentle as possible. It’s tough love.”

One sticker sampler reads, “The State of California has determined that global warming caused by C02 emissions poses a serious threat to the economic well-being, public health, natural resources, and the environment of California.”

You can’t really argue with that, it’s even enshrined in California law. Plus, the stickers aren’t anywhere near the gruesome Canadian samples that show famine in deserts and unhappy kids suffering from smog-induced asthma.

Berkeley City Council member Kriss Worthington, who sponsored the council item in support of the stickers, said, “We made sure we had language that wasn’t questionable and that it wasn’t pre-emptive to state or federal law. The language in the stickers is language already law in the state of California.”

Sure enough, the California Global Warming Solutions Act, adopted in 2006 as Assembly Bill 32, already states that emissions are harmful to humans and the environment.

Yet Western States Petroleum Association’s President Catherine H. Reheis-Boyd isn’t pleased. She issued what Brooks called a “love letter” to the advisory committee. Just as tobacco lobbyists argued that cigarette warnings are forced — and therefore not free — speech, Rheis-Boyd ignores the global warming debate and instead focuses on the US Constitution.

“Far less restrictive means exist to disseminate this information to the general public without imposing onerous restrictions on businesses and forcing unwanted speech in violation of the First Amendment,” she wrote.

Reheis-Boyd goes on to appeal to Berkeley’s history in the Free Speech Movement: “Perhaps no city in our nation has as rich a tradition in the exercise of the First Amendment right to freedom of speech as the City of Berkeley.” She also accuses 350 Bay Area of advancing messages that are not “purely factual” but a “policy determination by the State of California.”

This is true; the stickers do reflect policy determination from AB 32, which mandates the state to reduce greenhouse gas emissions, and that’s why they’re likely to stick.

Besides, the stickers will likely only appeal to global warning believers; they’re meant to remind drivers that there are ways to curb their appetite for gas, such as by choosing public transit or other alternatives modes of transportation. The campaign’s technical advisor, Dr. Kirk R. Smith, said, “The cigarette analogy isn’t perfect, because gas is only one factor in climate change. But individual decisions are important.”

The question is whether or not such peppy stickers can get drivers thinking about the implications of their transportation choices.

The campaign in Berkeley isn’t done yet. After the Energy Commission votes in July, the sticker proposal will head to the Berkeley City Council in September. And from there, 350 Bay Area will see if those in San Francisco might like some friendly warning stickers on their gas pumps.