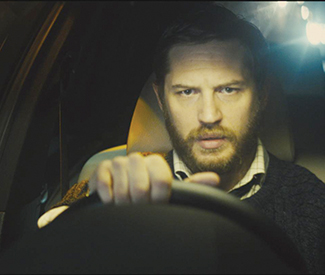 FILM It’s no wonder John Turturro’s Fading Gigolo is already shaping up as one of the year’s few indie hits so far — like many such before it, it offers a titillating surface premise belied by the reassuring confirmation of a staid moral outlook beneath. The writer-director plays Fioravante, a middle aged native Brooklynite whose working hours as a florist are shrinking; meanwhile older friend Murray (Woody Allen) faces closing the bookstore his family has operated for three generations. The latter hits upon an unlikely moneymaking scheme when his female dermatologist mentions she and her best friend would pay for the first-time novelty of a three-way. Murray proposes Fioravante provide the meat in their sandwich, and despite all initial resistance, he consents to a trial one-on-one with the client — played by Sharon Stone, so it’s not exactly a huge sacrifice. This goes well, as do appointments with her BFF Sofia Vergara, another socialite bombshell in unlikely need of professional erotic assistance.

It’s with the addition of a third customer that things get complicated: Fioravante gets referred to Avigal (Vanessa Paradis), whose status as widow of an older Hasidic rabbi requires a suffocating level of propriety. Starved for affection, she lets Fioravante (passing himself off as a Sephardic Jew) touch her ostensibly aching back, which is just as bad as a five-alarm coital orgasm so far as her community elders are concerned. Their clandestine meetings do not escape the vigilant notice of an officious neighborhood patroller (Liev Schreiber) already smitten with Avigal, and whose suspicions of criminal activity are enflamed by jealousy.

It’s ironic that while most screen depictions of heterosexual prostitution feature nothing but young, beautiful women servicing men of more realistically variable attractiveness, this ostensible role-reversal keeps the gender inequity just so. Fioravante is a not-so-young, not-particularly handsome man (albeit one made attractive by Turturro’s air of gentlemanly gravity here) who gets only hot numbers as Janes — it’s still a male fantasy, only now the guy is getting paid. Fading Gigolo‘s general affability lets it get away with a boatload of cultural and casting stereotypes, not least Vergara as a fiery Latina who might as well have muy caliente tattooed on her voluptuous flesh. For “plain,” virtuous contrast we get a glammed-down Paradis, the model-singer-actor who’s been France’s leading pop pinup for about a quarter-century. Then there’s Sharon Stone, playing Sharon Stone, which is to say archly channeling two things: a) Aren’t I hotter than ever? and b) I am smarter than the rest of you combined (and hotter too).

There are no unattractive women here — in fact Brooklyn itself seems to have been airbrushed free of clutter, human and otherwise. Even Allen, doing his usual dithery standup shtick, gets a spouse (Tunisian singer M’Barka Ben Taleb) half his age, and who further extends the film’s gloss of multiculturalism as harmless exotica. (It wasn’t clear to me whether the dark-skinned kids running around were their kids, or grandkids — while Avigal’s six children are kept conveniently off screen, lest they spoil the mood of desire.)

Fading Gigolo goes down very easily, even if on his fifth feature behind the camera Turturro remains a sometimes stilted director and careless scenarist. Taking a leaf from Allen’s notebook, this romantic fantasy is shot in warm, soft tones, draped in cool jazz, and takes place in an idealized New York City that’s part nostalgia, part pure imagination. The scented-bath atmosphere allows you to overlook the clumsier, poorly developed bits. And the film’s sometimes naive good nature almost lets it get away with being an entirely narcissistic male daydream of what women really want: an average (but secretly exceptional) guy whom beauties throw themselves at because he alone understands they want to be wooed.

Another guy performing a sort of perfected masculinity for the benefit of needy others is Tom Hardy’s titular character in Steven Knight’s Locke. This virtual solo show has the actor as Ivan Locke, a 40-ish construction manager driving to London on the eve of “the biggest cement pour” ever attempted in Europe. But he’s driving away from that, to the shrill indignation of superiors who expect his reliable on-site supervision, and the increasingly drunken panic of the flunky (voice of Andrew Scott) he’s deputized to take his place. The reason for this unprecedented dereliction of responsibility is that Ivan is committed to another responsibility, to “take care of my fuckup.”

As we gradually realize during his 85-minute drive, that means showing up for the premature birth of the baby he’s sired by a fragile, rather hysterical-sounding woman (Olivia Colman) in the brief sole detour from marital infidelity he’s ever taken. Doing so may well end his career, as well as his long-standing marriage to the mother of his sons. But our protagonist is determined at any cost not to become his own late father (with whom he has imaginary conversations), a wastrel who never made good on his obligations to family or anyone else.

Shot repeatedly in real time with multiple cameras over 12 nights (the actors voicing Bluetooth callers also performed “live” in conference-call fashion), then assembled from 16 full-length takes, Locke is a striking experiment that never quite escapes an air of theatrical stunt. In retrospect you realize most of its tension derives not from the core emotional crises, but from narrative red herrings — primarily our terror that anyone multitasking this recklessly behind the wheel is an accident waiting to happen. But the chameleonic Hardy, playing a rather square, middle-class, essentially humorless type unlike any he’s done before, makes this effortfully “decent” man so compelling you can’t look away. If there’s anything this actor can’t do, he hasn’t tried it yet. *