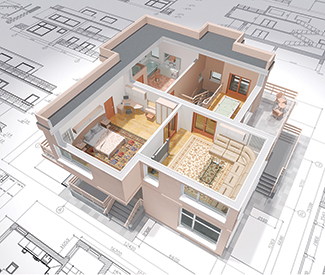 The San Francisco Board of Education approved a land swap with city government on Dec. 10, gifting San Francisco an empty lot that it will use to build new affordable housing. That’s 115 units of living space for low-income San Francisco renters, wrapped in a bow for the holidays.

The proposal was the brainchild of board members Hydra Mendoza-McDonnell and Sandra Lee Fewer, who worked on the measure with the Mayor’s Office of Housing for over two years. The district will trade a lot on 1950 Mission street and another on Connecticut Street in exchange for a property it currently rents from the city of San Francisco. The city will also pay SFUSD $4.5 million, according to district data.

The deal was the culmination of that work, which Fewer said was the right thing to do.

“Could we get more money from [selling] this property with a private developer? I’m sure. But would we get the value? No,” Fewer said at the meeting.

Though the teachers’ union supports the land swap, United Educators of San Francisco President Dennis Kelly warned that teachers are in dire need.

“It’s more than an oversight, it’s an insult, felt very deeply, and very bitterly,” Kelly said at the podium. “Affordable housing will not house a single teacher, not a single one, because of where the dollar breaks are.”

The board has made various promises over the past decade to aid with teacher housing, all empty words, Kelly told the Guardian. There’s yet to be a solution from the school district or the board on finding sustainable housing for teachers.

The problem is a microcosm of one of San Francisco’s toughest challenges during this tech-fueled affordable housing crisis. Affordable housing helps the poor, and the rich certainly don’t need help staying in the city, but help for middle-income earners is hard to come by.

Second-year SFUSD science teacher Kate Magary, 29, knows this all too well. Her first year on the job went from challenging to hellish as she looked for an affordable place to live.

Despite having a modestly salaried full-time job, she couldn’t afford a studio on her own. She eventually found a room for rent on Craigslist, but her noisy roommates made grading papers and writing curriculum a constant challenge. She started a new apartment hunt, but even that was like a full-time job.

“As a first-year teacher, it was awful,” Magary said. “I tried not to let it affect me too much at school, but the stress from home eventually made it with me to the classroom.”

She over-disciplined some kids, she said, and her patience was at the breaking point for most of the year. When teachers suffer, students suffer.

Magary is a science teacher at the Academy of Arts and Sciences, which is on the Ruth Asawa School of the Arts campus at Twin Peaks. Three-story homes and apartment buildings dot the hills along the road from Market Street on her drive to school, but Magary can’t afford them.

Instead, she eventually found a place on Treasure Island. A sixth-generation San Franciscan, Magary is happy to stay in what is still technically part of the city. But her lease is tenuous, and she anticipates having to move within the next few years. She’s not alone.

Out of SFUSD’s 3,284 teachers, 927 live outside of San Francisco, according to data from their union. That’s 28 percent of teachers living outside of the city, 3 percent higher than just last year. That number masks the depth of the problem.

New teachers who aren’t established in San Francisco bear the brunt of displacement. Half of all new teachers leave SFUSD in their first five years, according to data from the district. And 35 percent of teachers hired since July 1 live outside the city.

“A teacher might start in the district, live in the city, and move out,” said UESF spokesperson Matt Hardy. “The turnover is very high, particularly in newer schools.”

Teachers we talked to said there are problems for those who manage to stay in San Francisco as well. They sometimes sleep in unstable or unsafe housing, couchsurf, or sleep in their cars. In the morning they teach the city’s children.

It’s bad for teachers, but worse still, it’s bad for students. Recognizing this, federal, state and city government have all pitched in to try and find housing solutions for teachers.

Unfortunately for them, and for us, they’ve mostly failed.

Art Agnos is most well known for being San Francisco’s former mayor. But after stepping down in the ’90s, he served in the Clinton Administration as the Department of Housing and Urban Development regional director throughout California, Arizona, Nevada, and Hawaii.

He was in charge of finding folks places to live.

The crisis for teacher housing was stark. At the time, Agnos was in charge of implementing Clinton’s housing program for teachers in San Francisco. The experiment? Build affordable housing units at Dianne Feinstein Elementary School on 25th Avenue exclusively for teachers.

The idea died in a sea of NIMBYism.

“The resistance came from the neighborhood who thought affordable housing for the teachers would diminish the value for their property and make traffic issues,” Agnos told the Guardian. “The Board of Education yielded to that NIMBYism and refused to pursue the deal, which was on the table.”

The federal push for teacher housing died, having created a home for just one teacher in San Francisco by the year 2000, and only 100 in California, according to news reports at the time.

California would follow suit with a less ambitious teacher housing program. The Teacher Next Door program offers assistance for teachers buying homes in San Francisco through the Mayor’s Office of Housing. We called the office to get statistics on its use, but as of press time it had not called back.

Among teachers, the program is mostly a joke.

“That’s the case with most teachers,” science teacher Tom Dallman of Ruth Asawa School of the Arts told the Guardian. “They roll their eyes when it comes to talk about buying a place in San Francisco.”

Median home prices in San Francisco skyrocketed past $1 million in June, a signal that for many teachers, homeownership in the city is a near impossibility.

Subsidized Below Market Rate housing is out of their reach too. San Francisco teachers make anywhere between $40,000 and $80,000 a year, placing them just above the salary as a single person to qualify for affordable housing.

“The struggle is about middle income people who do not qualify for mortgages or newly develop projects, because the market is astronomically high,” Agnos said. And that’s leading to a teacher migration, numbers from the UESF show.

“If they have to live in Oakland, they’ll work in Oakland,” Agnos said. “Their talent will follow them.”

The dream of homeownership for San Francisco’s education workforce is a thing of the past, Susan Solomon, vice president of the UESF told us.

“Maybe long, long ago this was a possibility,” she said, “way back when.”

Fewer was ecstatic to see the land swap deal go through, and excited to see affordable housing for San Francisco families.

But when asked what she’ll do to tackle the struggle to find affordable housing for teachers, she said that the upcoming contract negotiations may be the time to revisit a new plan.

“We’ve asked the unions to give us a poll for a long time,” she said. She wants to know what the teachers want. Do they want to live in housing together? Have rental subsidies? Housing assistance? What are their needs?

Sup. Jane Kim, a former school board member, said there’s a split of preference in the union. Should affordable housing solutions be given to teachers in their first five years in SFUSD, to encourage them to stay in San Francisco, or to veteran teachers?

“There’s a limited amount of funding,” Kim told us. And when the district lucks itself into extra funding, it’s hard not to spend it in the classroom. “How do you invest the limited dollars that you have?” she asked.

Santa Clara’s school district built its own affordable housing, and spent $6 million in 2005 to construct 40 units for its workforce. Three years later, they built 30 more units. Teachers there initially paid $1,075 a month in rent for a two-bedroom apartment, according to The New York Times.

“You cannot be an education advocate without being a housing advocate,” Fewer said. But housing help has been largely elusive for SFUSD employees.

“Stubbornness is keeping me in the city,” Magary said. But without some help, that may not be enough.