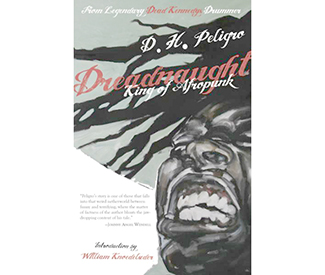 The book already came out in the UK (and France) in October and was a huge sensation, topping best-seller lists, but US audiences have been forced to wait for the precious tome, twiddling their thumbs for its arrival, much like the infrequent uncancelled Morrissey live performance. The hardcover finally arrives stateside Dec. 3.

That said, the book on the life of the “Meat is Murder” singer-activist is worth the twiddling, if only for morbid curiosity. It’s lengthy, uncanny, and packed with daggering insults toward other musicians (Johnny Marr), ex-presidents and royals (George W., Sarah Ferguson), and himself, along with drawn-out sections on his favorite poets, court cases, and desire to die. It covers his life from birth to present day.

People go crazy over Morrissey — there’s even a Mozipedia book, published in 2010, so clearly the desire to hear it all in his own voice is there. I’ll claim to be a Morrissey novice, comparatively. At least, I’ve never worn a bedazzled jean jacket to a fever-pitched Moz convention, so some revelations in the book were still eye-opening, though needing to be extracted from verbose prose.

The long-time vegetarian, proudly outspoken against the meat industry, writes instead mostly about his suicidal depressive past and his dreary youth — and he finally speaks to those rumors of his sexuality. Yup, he loved a man named Jake Owen Walters. Though he later released this statement about those sections of the book: “Unfortunately, I am not homosexual. In technical fact, I am humansexual. I am attracted to humans. But, of course … not many.”

So Steven Patrick Morrissey, as he was known at birth, recounts a dark and uncomfortable childhood in Manchester, much of which was spun into early Smiths songs. But if we’re comparing horrific childhoods, another recent memoir might outweigh every aspect of Morrissey’s sad complaints: that of D.H. Peligro, whose own bio, Dreadnaught: King of Afropunk (Rare Bird Books, 280 pp., $13) came out in October.

Peligro — the complex, wild-man drummer of SF’s Dead Kennedys, as well as (briefly) Red Hot Chili Peppers, and guitarist in his own band, Peligro — grew up “dirt poor” in St. Louis, Mo., where he was born in 1959. (He literally eats dirt as a punishment in one section.) Like Moz, he now eats a veg-heavy diet. “All that food we had growing up in the ghetto was poison, drained of any nutritional value. Being forced to eat that food was one of the reasons that later in life, even when I was strung out on heroin, I remained a fanatic vegan,” he writes.

While the book opens with an extremely upsetting and grotesque strung-out hospital stay in a room with “puke green walls,” one of many incidents for the drug-addicted musician, it quickly falls backward in time to his beginnings as a “Satan’s Child,” the name by which he was known as around town. He never met his father, was mercilessly beat by his oft-drunk stepfather, and lived in a hotbed of violence and racial segregation in his early years.

And yet, despite all this, growing up in St. Louis also greatly influenced Peligro’s interest in music, and fostered a space in which to learn rhythm and blues. His beloved Uncle Sam Carr, who introduced him to musical instruments, was the son of blues guitarist Robert Nighthawk (who supposedly was the first to play slide guitar). Peligro recalls playing Carr some Dead Kennedys music years later and Carr “really listening” and nodding his head along to the noisy, Jello Biafra-led punk band.

Written in a poetic and reflective yet conversational style, Peligro’s tale stands out above most fast-living memoirs. The stories are vivid and disturbing, and the experiences run the gamut from the epicenters of Southern blues, to the influential early SF punk scene, to the costumed LA rock ‘n’ roll lifestyle. And yet, Dreadnaught still follows much of the standard course for the musician’s book tale: grew up poor, found shining beacon influencer, rose above, partied too hard, came down, and reflected.

And while there have been countless rocker memoirs in the past, only a small handful are worth your time — and there’s no time like now: It’s Thanksgiving week, and you’re likely itching for some quiet downtime, away from TVs filled with screeching sportscasters and your aunt asking you (if you’re in line with Moz and Peligro’s dietary habits) one more time: “Just how do you get protein?”

The top of any list should be Patti Smith‘s 2010 Just Kids. It’s eloquent and nonetheless gritty, with sinuous stories tumbling from her recollections and minute details beautifully recounted. The end made me ugly-cry crocodile tears while on Muni.

Like Smith, some musicians take the more introspective approach to their writing, revealing inner strength through the written word. For more of that nature, see Ronnie Spector‘s 1990 memoir, Be My Baby: How I Survived Mascara, Miniskirts, and Madness; or Bob Dylan‘s 2004 Bob Dylan: Chronicles, Volume One.

And then there’s Pamela Des Barres‘ groupie classic I’m With the Band. Oh, the torrid, gushy love tales within that book, of Ms. Pamela’s exploits with famous rock ‘n’ rollers from the 1960s right on up through the decades. Many years ago, over breakfast at a diner in Haight-Ashbury, Des Barres told me: “As far as wanting to meet the guys, I just couldn’t sit in my room and get all horny over Mick Jagger … it was just inside me to see where all that amazing stuff was coming from, that music.” If you’re in the mood for more scandalous tales of sex, drugs, and rock ‘n’ roll, these memoirs come highly recommended as well: Slash‘s Slash or Keith Richards‘ Life.

If you’re looking for an ironic, jokey, or food-based story, there’s Ian Svenonius‘ Supernatural Strategies for Making a Rock ‘N’ Roll Group, which I reviewed in an earlier column — noting that the book holds séances with dead rock stars to glean important information for the reader — and Cookin’ with Coolio: 5 Star Meals at a 1 Star Price, which includes a section called “How Coolio Became the King of Kitchen Pimps.” (Hint: his mom.)

Or there’s this year’s insta-classic “cookbook” — which really came as a download with the B.O.A.T.S 2 #Metime album — Cooking With Two Chainz. It includes cooking tips like, “Put on your Versace apron.”

Here’s all I know about Life Stinks: The band has a great name, was described as “brutal and mysterious” after SXSW last year; and makes throwback snotty punk songs. It also just released a self-titled debut LP on S.S. records. Listen to “Cemeteries” off said album for more reasons to see the live show. That’s all you need to know. This album release gig is the Friday after Thanksgiving; you’ll be stuffed, sick of family, and most definitely ready to shake along. Plus, one of the openers is messy and awesome high-pitched SF band Quaaludes — they sound like ’77 punk on helium meets ’92 riot grrrl, which is perfect. With Dancer. Fri/29, 9:30pm, $5. Hemlock Tavern, 1131 Polk, SF; www.hemlocktavern.com.

I was discussing the upcoming Kathleen Hanna doc The Punk Singer with a musician pal, and we got on the topic of the very real healing power of music. While Hanna is certainly not playing this event (sorry), that power translates broadly. Bread & Roses is a Northern California-based organization that knows this well, producing hundreds of free shows a year at hospitals, nursing homes, shelters, and treatment centers. This benefit is full-circle, benefiting the org so it can put on more shows, and offering up live local talent for you: sparkly piano rocker Marco Benevento (of Tea Leaf Green), acoustic folk singer-songwriter Megan Slankard, along with her band, the Novelists, and (((folkYEAH!))) Presents DJ Britt Govea. Sun/1, 8pm, $20–<\d>$50, Chapel, 777 Valencia, SF. www.breadandroses.org. *