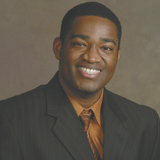 Serving on the City College of San Francisco Board of Trustees was always a means for me to work to connect underserved communities to education and eventually economic empowerment.

One of the first measures that I passed while on the board was to expand City College’s Community/Outreach Ambassador to the Mission and the Southeast campuses. Through this program, City College was better able to do outreach to underserved communities.

Be it by protecting CCSF’s GED program or child care sites, working with community leaders to continue to make the Mission campus an educational jewel to its residents, or working with Bayview advocates to ensure the Southeast campus’ survival and eventual growth, I came to the CCSF Board of Trustees on a mission to help ensure that our most vulnerable populations are given access to education as a means of equity.

Although I’ve had amazing success and even made a few mistakes along the way, I don’t want anyone to doubt my continued passion and commitment to the communities that CCSF serves. It is this passion to do something and not simply be a figurehead that has led me to the difficult decision to resign from the CCSF Board of Trustees.

The Accrediting Commission of Community and Junior Colleges, an unelected and publicly unaccountable organization, seeks to change the values and charge of City College from an inclusive, community-based and student-focused college to a simple junior college that serves the few and shares the values of the corporate education reform movement.

Even more disappointing has been our state Community College Board of Governors. Instead of performing its public-policy duties, the state Board of Governors, led by State Chancellor Brice Harris, has continued to allow itself to be bullied by the ACCJC to the point where there is a serious question of who really sets public policy for the 112 colleges in our statewide system: our publicly appointed Board of Governors or the unelected, unaccountable private ACCJC.

It pains me to see the scope of our class offerings pared back, our community-based campus continually threatened with closure, much-needed academic counselors laid off, and our Second Chance program for ex-offenders with an over 900-student waiting list. It pains me even more to be sidelined by Harris and our public Board of Governors and watch them shrink and cower to the power of Barbara Beno and her private ACCJC.

But in the face of this challenge to our public education, I see hope. Students like Trustee Shannell Williams, Student President Oscar Pena and former Trustee William Walker rallying students to stand up for their public education give me hope. The American Federation of Teachers Local 2121 and the Save CCSF coalition have become rallying points not just for the immediate CCSF community, but for the larger SF community. Their bravery in the face of the withering attacks on public higher education should be commended and be a model that others should follow. At this moment, there exists the base for a long-lasting coalition of students, educators, and community fighting for the high-quality, affordable education.

Chris Jackson was elected to the CCSF Board of Trustees in 2008.