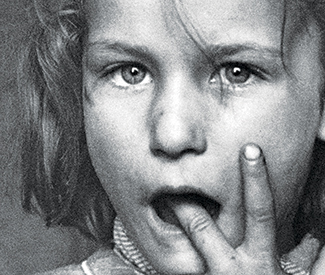 Chris Marker did not seem to see a hard distinction between cities and their people. The cat-loving leftist documentarian, whose distinctly poetic outlook we sadly lost last year, is probably best known for his experimental sci-fi short La Jetée (1962) and his ethnography-cum fictionalized-travel-memoir Sans Soleil (1983), film-school favorites both available through the Criterion Collection.

But his filmography goes much deeper than that, and often focuses on the inner life of human and political organisms. Restored and screened at this year’s Cannes Film Festival, Le Joli Mai is a 1962 collaboration with cinematographer Pierre Lhomme, which traipses geographically and temporally around Paris in May ’62. Much of the movie consists of man-and-woman-on-the-street interviews, with an assortment of more settled chats in people’s homes or workplaces. Framed by a chimera of English and French narration, by Simone Signoret and Yves Montand respectively, the film gives its “biggest roles” to “free people, those who are able to question, to refuse, to undertake, to think, or simply to love.”

Marker investigates these free people’s attitudes toward their professions, their social lives, their home city, the housing problems of Paris, the Algerian War, and numerous other subjects close to their hearts. Some are passionately political, while others think it’s best to keep silent or ignore certain crises — a cross-section of political approaches that echoes throughout modern society, whether in Europe or the United States. Indeed, seeing this movie now with its specificity of time and place, it’s possible to imagine a not-too-different portrait of, say, 2012 Paris, or Los Angeles, or London.

During the mostly casual interviews, Lhomme’s camera wanders, never too committed to its initial subject to notice something more interesting in the background, or even just elsewhere on the subject’s person. Marker and Lhomme’s approach is almost never without levity — people’s opinions on the issues of the day are not to be mocked necessarily, but neither are they to be taken at face value. They’re all just people, and the texture of the film repeatedly reinforces that truth. In one segment, a talkative inventor loses the spotlight to a spider crawling on his suit. In another, as two engineering consultants debate in complex Marxist terms the future of labor, the film cuts away over and over to close-ups on the faces of housecats, serving as both commentary and comic relief for the heated discussion.

Marker and Lhomme strive to represent the true diversity and cultural fabric of ’62 Paris. Their subjects include poets, a painter, an inventor of automotive technology, a pair of teenage stock market assistants, an introverted single theater seamstress and cat-lover, a worker from Algeria, a student from Dahomey, a poor family finally granted more spacious housing, an ex-clergyman turned union militant, and on and on.

In the film’s final act, a montage of city symphony-esque time lapse shots of the city and a litany of statistics about life, death, and resources in the month of May gives way to a glimpse at Paris’ not-so-free inhabitants. Finally, Marker offers a reflective monologue (via Signoret) in a style that will be familiar to anyone who has seen Sans Soleil, and which also prefigures Werner Herzog’s sci-fi-tinged epilogue to his Cave of Forgotten Dreams (2010). Marker makes a literary text of the human face, offering his interpretations and looking for recurring themes among the wildly diverse denizens of Paris; he imagines how a “Martian just landed on the planet Earth” might read these human documents, and philosophizes about what plagues these haunted-looking faces.

His poetic extrapolation might frustrate some viewers, as it leaps beyond the boundaries of empirical detail to ponder the collective psyche of the people of Paris, but this is Marker’s true gift. He is an imaginative reader of the human face, mind, and heart as they operate in an urban environment, and his critique from 1962 is as valuable as ever today. *