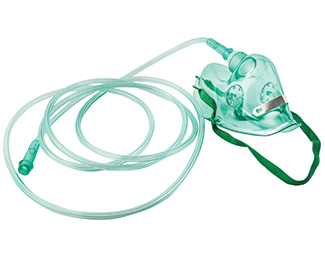 He was taking a combination of drugs that were keeping him alive and reducing his pain. His morphine dose was quite high.

The fact that he had even made it to 78 years old was amazing considering he survived California’s polio crisis of the 1940s. But now it was coming back. Post-Polio Syndrome weakens muscles that were previously affected by the polio infection. This brilliant man was atrophying both mentally and physically before our eyes. Eventually, he would not be able to breathe. And there was no cure.

“When do we go?” he asked us. “Where are the other attorneys? This is an important deposition.”

He was on a kind of mental auto-pilot, reliving 45 years of familiar work stress — not the way anyone wants to experience his final days.

“There are no more depositions,” my wife explained in soothing tones. “Your job is done. You were one of California’s finest lawyers and you helped build a respected firm in the Central Valley. You should be very proud of your legacy.”

“Why won’t you let me go?” he said with tears welling up in his eyes.

That cut straight to the issue at hand.

For months, father had been telling everyone who would listen that he was “done.” He wanted to die. His quality of life had become so bad (a collection of pills, oxygen machines, and bad cable TV he could no longer understand) that he had nothing left to live for and wanted to die peacefully in his own home, surrounded by loved ones.

But choosing when one dies is not an option in California. The law is quite clear. California Penal Code §401 says: “Every person who deliberately aids, or advises, or encourages another to commit suicide, is guilty of a felony.”

The circle of family taking care of Dad felt overwhelmed.

The visits by Medicare-supported home hospice nurses were welcome. They were heroic in their one clear mission: to reduce suffering. But hospice nurses are not in the business of ethically assisting someone to die. That remains controversial and illegal in California.

The local “death with dignity” group recommended the only method legally allowed in the state: The dying patient simply quits eating or drinking. In a few days, they slip into a coma and never wake up. But isn’t dehydration and starvation really a form of torture? For this to work quickly, not even slivers of ice to cool the mouth are allowed.

There must be a better way.

In Oregon, where a Death with Dignity Act passed in 1994, Dad would have gotten his wish. After confirming his desire to end his life with two witnesses, consults with two doctors, and after a short waiting period and verification that the patient is not depressed, a prescription for a lethal cocktail of drugs becomes legal in Oregon. The dying person can gather family and friends for a dignified ritual that ends with the self-deliverance from this mortal coil.

Sadly, for my dad in California, there would be no easy way out.

His mood turned angry as the weeks passed. He began lashing out at the assembled loved ones for the sin of keeping him alive. We had neither the skills nor the backbone to withstand the kind of misdirected vehemence this skilled litigator could deliver upon his loved ones in those final days.

Eventually, the family broke down and took the angry patriarch to a hospice facility with a staff fully trained in the arts of comforting the afflicted.

We know leaving the farm broke his heart. He had lived there his entire life. His family’s roots on the land go back to the Gold Rush. At the hospice, he died in less than four days.

It didn’t have to be like this. There must be a better way to die.

Why are there no better options for dying Californians?

Where aren’t the Baby Boomers (who are beginning to face this exact issue) demanding a Death with Dignity law?

Why must our elders endure so much suffering at the end of life?

Why won’t we let them go?

Brian Smith lives in Oakland. His family’s farm is in Stockton.