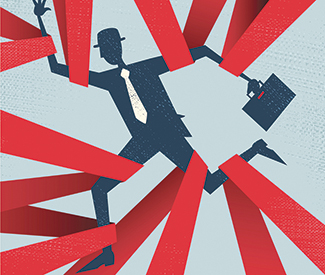 For all its shiny gadgets and gleaming new luxury condo towers, San Francisco nevertheless houses a huge demographic that lives at or below poverty.

Officially, it affects about 12 percent of the city’s population, according to the most recent US Census data. Experts from the Stanford Center on Poverty and Inequality calculated an adjusted poverty figure to capture a more accurate portrait of economic disadvantage. According to that alternative yardstick, which factors in location-based costs such as the price of housing, a full 23.4 percent of San Franciscans live in poverty.

City agencies have documented ethnic identities, languages, neighborhoods of residence, and other data concerning poor people who seek assistance through city-administered services. But even though millions of dollars have flowed through city coffers to boost prospects for those who lack steady work, there’s scant documentation showing what this has actually achieved.

Despite budgeted expenditures totaling nearly $70 million for workforce development in 2013-14, not a single San Francisco city official can say how many individuals managed to rise above poverty as a result.

At the behest of Board of Supervisors President David Chiu, the city’s Budget & Legislative Analyst recently analyzed the city’s myriad workforce development programs. It found that there is no standard measure to track the results of the programs, which are administered across 14 city departments.

The analysts recommended convening a committee to get a handle on it, “so there would be somebody accountable for compiling that information,” noted Severin Campbell, a principal at city budget analyst Harvey Rose Associates.

The analysis was a follow-up to a similar audit performed in 2007. The previous study concluded that the system to help struggling people obtain job skills and get hired “was fragmented, with inconsistent planning and coordination of resources and inadequate monitoring of programs to ensure that the programs’ goals and outcomes were achieved.”

Analysts who examined the workforce development system in 2007 discovered a lack of evidence that “individuals receiving services were eventually placed into jobs leading to economic self-sufficiency.”

To cure this dysfunction, the Board of Supervisors formulated a plan. In November 2007, it created Administrative Code Section 30, a new policy centralizing oversight of all workforce development initiatives under the Office of Economic and Workforce Development, overseen by the Mayor’s Office.

In 2007, OEWD’s annual budget for its workforce division was $547,841. By 2012-13, that amount had swelled to $19.3 million. The federal government contributes a lot, but citywide, about 65 percent of workforce development spending comes from local funds.

“Since 2007, the city has worked hard to incorporate the recommendations that came from the audit,” OEWD spokesperson Gloria Chan told the Bay Guardian earlier this year. She said the workforce division of OEWD “has made significant strides and progress to improve the city’s workforce system.”

But the latest Budget & Legislative Analyst report tells a different story. “The city continues to lack citywide policy and oversight of its workforce development system,” it notes. “Many of the key provisions of Administrative Code Section 30 have not been implemented.”

Five years have passed, and little seems to have changed. “We didn’t find a broken system,” Campbell said, “but it wasn’t what the city had envisioned.”

The report noted that the shortcomings could be partially attributed to constraints on funding provided by outside entities like the federal government, making collaboration among departments difficult.

Nevertheless, the lack of a cohesive citywide workforce development strategy coincided with one of the worst economic downturns in US history. While certain sectors have experienced recovery by now, many low-income San Franciscans are still grappling with losses sustained during the Great Recession.

A recent survey of panhandlers, commissioned by Union Square business owners, found that the majority were homeless individuals who said they didn’t have jobs, and thus couldn’t afford rent. Some apparently interpreted these findings as a revelation; the survey results were recently spotlighted on the front page of the San Francisco Chronicle.

LOOKING FORWARD TO WHAT?

Tiffany Green is one of the 10,883 clients served by San Francisco’s workforce development system in 2012-13. She’d previously worked at the security desk of a Tenderloin services provider, but left that job because she couldn’t find anyone to look after her young son during her shifts — and the job didn’t pay enough to cover child care costs.

So she enrolled in CalWORKS, a state program administered by the city’s Human Services Agency, which offers subsidized child care, food stamps, and cash aid for low-income parents while they complete six-month job training gigs with employers who have partnerships with the city.

She was less than optimistic when asked if she thought it would lead to a steady job. “The outcome is going to be everybody else’s outcome, which is nothing to look forward to,” she said, adding that for all her friends and family members who’d completed similar six-month job training programs, she didn’t know of any who’d landed full-time jobs as a direct result.

Karl Kramer, director of the San Francisco Living Wage Coalition, said his organization has been working with city agencies to build pathways to help participants in the programs connect with opportunities for full-time employment in civil service positions.

His organization is pushing for legislation to reform one of those initiatives, the Community Jobs Program, “to make it a real job training program that fast tracks participants into available entry-level city jobs. The reports that we get is, for people who have been through the programs, it leads to very few full-time jobs,” Kramer said. So far, his group hasn’t gotten much traction with city officials.

The report comes at an odd time — in San Francisco’s current economic climate, new jobs are being created all the time, and the unemployment rate has declined. But experts note that recovery has been uneven, and only certain sectors have reason to be optimistic about the future.

“The San Francisco region is doing better than most,” Chris Haney, executive director of the California Budget Project, told us.

The city boasts a rise in “high-scale, high-production, better paying jobs” in the flourishing tech sector, accompanied by a rise in “lower-paying service jobs,” he said. “But we’re not seeing a tremendous amount of growth in the middle class, middle paying categories.”

The dilemma follows a broader trend of wage inequality that’s persisted over the last couple decades, he added, giving rise to what economists have dubbed the “missing middle.” A decline in the unemployment rate can mask this dysfunction, he said, because “you may have folks who are employed, but they’re employed at lower wages than before … What’s coming back isn’t as solid as it was previously.”

It’s against this precarious backdrop that, despite $70 million dedicated to connecting the low-income or disadvantaged with decent jobs over the past year, the city’s workforce development system appears to be plagued by dysfunction. Chiu recently introduced legislation to implement the Budget Analyst’s recommendations of undertaking yet another system overhaul.

But for many still struggling to get by, few short-term solutions are in sight. Ever-increasing housing costs make the “missing middle” phenomenon especially thorny in the Bay Area, Haney noted. “It’s harder and harder for low and middle income folks to live in the region,” he said. “They are being given clear signals that they need to move.”