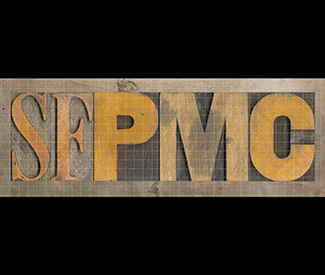 Longtime Bay Guardian editor Tim Redmond, who left the paper in June, is launching a new media project, continuing more than 30 years of work as one of San Francisco’s premier progressive voices by starting an online publication under a new nonprofit organization.

The San Francisco Progressive Media Center promises to deliver original news, arts, and cultural reporting on a daily basis, differentiating itself from local blogs that serve mostly to aggregate stories written by other media outlets and offer commentary on that reporting.

“Democracy can’t survive without reporters and I want to have reporters out there covering the news everyday. San Francisco has always needed a liberal daily newspaper,” Redmond told us, predicting that online reporting outlets representing various perspectives will eventually rise to compete with the limited local coverage offered by the San Francisco Chronicle and Examiner.

“I will focus on all the things I care about in San Francisco,” Redmond told us, listing land use issues, housing costs, and media criticism as some examples of his interests.

Redmond has remained remarkably upbeat and positive since his clash with the San Francisco Print Media Co. — whose purchase of the Guardian he engineered last year to save the financially troubled, locally owned newspaper — ended his long run with the Guardian (see “On Guard,” June 19).

“I’m just moving on and doing my own thing. I’m excited about my new project and I’m raising a lot of money for it,” Redmond said. “I’m getting a tremendous amount of community support. I hope to have 50-60 grand on hand by the end of the month.”

To help reach that goal, Redmond and his supporters will throw a fundraiser on Sept. 26 at the El Rio. Despite being a stalwart of the left, Redmond said he’s getting support from across the ideological spectrum. “I have spent 30 years building a reputation in town as someone who doesn’t take cheap shots and I’m fair,” was how Redmond explained his broad support.

“I wanted a board that reflects the diversity of San Francisco’s left,” Redmond said, noting that board explicitly has no editorial control.

Haaland said that Redmond has long been an important progressive voice in San Francisco and he’s happy to see that voice continue, particularly under the new nonprofit model that he’s creating.

“Having an independent, progressive media is more important than ever, and being a nonprofit takes it to another level of independence,” Haaland told us.

Welch said the new publication is arriving just in time to help expose important issues that will affect the future of San Francisco.

“I think we’re at a critical point in this city’s history,” Welch told us, citing the growing public unease with intensified waterfront development and other economic and sociopolitical trends. “The timing is impeccable and people would be interested to read online what Tim and others’ takes are on what’s happening in the city.”

San Francisco Progressive Media Center will be the latest effort to expand the city’s media landscape amid the downsizing of the once-dominant Chronicle and Examiner (see “Media experiments,” 5/25/10). Those ventures have included the San Francisco Public Press, SF Appeal, and the Bay Citizen, which had a high-profile launch in 2009 followed by being folded into the Center for Investigative Reporting last year (see “Compressing the press,” 2/22/12).

Redmond is finalizing details of his new project and has yet to announce the name for his new publication, which he plan to launch next month. [UPDATE: At the Sept. 26 event, Redmond announced that his new publication will be called 48 Hills: The Secrets of San Francisco.” There are 47 named hills in San Francisco – and as those of us who have spent their lives fighting for social and economic justice know, there’s always one more hill to climb.“]

In the meantime, he’s been blogging at Tim’s San Francisco (timssanfrancisco.blogspot.com) and preparing to teach an investigative reporting class at City College of San Francisco. On the new site, Redmond plans to feature some video and other multimedia content, but he said “this is not a techie venture, this is a content-driven venture.” And while seeking to showcase a variety of voices, Redmond will set the tone for the publication, telling us, “I’m interested in working with anyone in this city, but I’m the editor.”

Redmond said he still supports the Guardian, even if he has concerns about its parent company’s growing list of media holdings, which also includes the San Francisco Examiner, SF Weekly, and a large share of the Bay Area Reporter. Redmond said that media consolidation works for the community only when there is a diversity of other voices.

“I’m glad Todd [Vogt, CEO of San Francisco Print Media Co.] bought the Guardian and kept it going, and I’m glad the Guardian is still alive,” Redmond said. “I’ve been working for someone else my whole life…and it’s time for me to move on and do something new.”