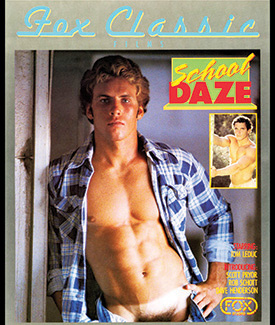 SF Bay Guardian OK, rumors have been flying about these tracks for years. How did you get you get your hands on them?

Josh Cheon In 2007, Honey Soundsystem was blessed to meet the former owner of Megatone Records [Cowley’s label], John Hedges. He was moving to Palm Springs and invited us over to his basement to collect over 2000 records from his collection. Among the archives we noticed three moldy boxes of quarter inch reel-to-reel tapes. Some of the tapes had unreleased music by Patrick Cowley. Inspired, we contacted Patrick’s friends and family to discover as much information as possible.

SFBG Why do you think Patrick went so moody and trippy with these compositions?

JC I think the ambience reflects the gay bathhouse scene of San Francisco during the late ’70s. Patrick frequented the bookstores in the Castro and the bathhouses of SOMA, a few blocks from his recording studio. He had the perfect setting to compose songs there. He also smoked a lot of pot and most of these songs could be stoner jams.

Jacob Sperber It can’t be denied that these compositions have that tripped-out sound that most San Franciscan musicians end up folding into their music. The jam bands that made this place famous and the microclimates of this city breed a noodle-y and melty sound in the musicians that live here. In conversations with people who worked with Patrick, we learned how much the session musicians and jazz artists in the Bay Area influenced the sounds of 12-inch disco here. Undoubtedly Patrick worked with a lot of these session musicians and took inspiration from them. There is a foggy melancholy to this city and it comes through in the music, with perhaps a premonition of the storm to come in the ’80s, when HIV first hit.

JC Yes, I own both movies that use Patrick’s music. This compilation features soundtrack music from two Fox Studio films Muscle Up and School Daze. The movies were originally shot on 16mm with no microphone so they were silent. Rather than overdub fake sex moans, John Coletti decided to use Cowley’s music as soundtracks. Coletti used a variable speed oscillator to adjust the pitch and speed of Patrick’s songs in-sync with the film scene. So yes, a lot of thought went into fitting each composition with the film scene, and it works wonderfully.