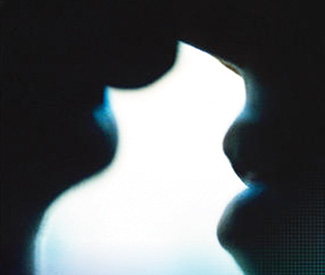 SEX Examples of Americans’ obsession with sex abound. It seemed the mainstream media would never get over Miley Cyrus’ ostentatious twerking at the Video Music Awards. Politician Anthony Weiner managed to live down his sexting scandal, only to mar his comeback with still more sexting. Robin Thicke’s “Blurred Lines” broke records for its searing popularity, but its rape-y message inspired a feminist parody, substituting the lyrics “you’re a good girl” with “you’re a douchebag.”

One researcher in the field of human sexuality estimates that 95 percent of all the sexual activity humans have — in every society — is for pleasure, not for reproduction. Despite the fact that almost everyone is apparently having sex for the sake of sex, we still live in a country where certain public schools stick to abstinence-only sex education with zero information about birth control. Meanwhile, right-wing opposition to women’s reproductive rights threatens to send laws governing access to abortion and contraceptives hurtling back to the Dark Ages.

Given the ongoing cultural clash, it’s fitting that San Francisco — famous for its sexual institutions like the Folsom Street Fair, Kink.com, Good Vibrations, and the Lusty Lady (may she rest in peace) — is poised to lead the way in offering one of the only Ph.D. programs in human sexuality nationwide.

San Francisco already boasts numerous pioneers in sexual education and related studies. City College of San Francisco, for example, began offering one of the first gay literature courses in the country in 1972, leading to the 1989 establishment of the first Gay and Lesbian Studies Department nationwide. And the National Sexuality Resource Center at San Francisco State University was created to promote sexual literacy, with the goal of replacing misinformation about sexuality and dispelling negative attitudes with evidence-based research on sexual health, education and rights.

The newest Ph.D. program will be housed at the California Institute of Integral Studies (CIIS, www.ciis.edu), and is scheduled to get under way in 2014. Gilbert Herdt, an anthropologist who founded SF State’s National Sexuality Resource Center and has been working in the field of human sexuality for some 35 years, is the program director.

Formerly a professor at Stanford and the University of Chicago, Herdt had long dreamed of creating a Ph.D. program with a multidisciplinary approach to human sexuality, an effort he believes would have been stymied a decade ago by political resistance.

“A lot of people are shocked when they realize there is only one Ph.D. program in the United States on human sexuality,” Herdt notes, referencing a program offered at Philadelphia’s Widener University focused on sex education. The CIIS program will be the first accredited doctoral program in human sexuality in the western United States.

It took decades for women’s studies and gender studies to be considered Ph.D.-worthy academic disciplines, Herdt points out. But when it comes to this endeavor, “there’s one big difference: Human sexuality remains a taboo in the United States.”

Consider this. In the Netherlands, Germany and France, sex education in schools can begin as early as kindergarten. Here in the US, states such as Florida still lack comprehensive programs offering in-depth information on sexually transmitted disease or contraception. It might not come as much of a surprise that Western Europe has lower rates of unwanted teen pregnancy, HIV and STDs.

All of which has led to the current state of affairs, and as things stand, “I consider the United States one of the most backward countries when it comes to comprehensive sexual education and positive values regarding sexual behavior,” Herdt says. But he’s hoping to play a role in changing that.

The Ph.D. program at CIIS seeks to train a new generation of experts in human sexuality with a pair of concentrations. The first centers on clinical practice for contemporary practitioners, marriage and family therapists or psychiatrists. The current training requirement for clinicians on human sexuality is a measly eight hours, which “just shows the disregard that society has for sexual pleasure, and sexual wellbeing and relationship formation, and so on,” in Herdt’s view.

The second concentration centers on sexual policy leadership. Asked to identify some of the most pressing policy issues of concern to sexologists, the program director said existing gaps in comprehensive sex education is a top priority, and predicted transgender rights would intensify as a major issue. “I also feel that the Republican assault on women’s bodies, women’s contraceptive and reproductive rights — this is a huge and very dangerous area.”

Herdt became involved with CIIS through a conference called Expanding the Circle, which merges the LGBT community with individuals working in higher education from throughout the country. Prior to that, he ran the National Sexuality Resource Center at SF State. Asked why he’d looked to CIIS rather than a major university to house the program, Herdt responded, “these large premier institutions, such as Stanford and Berkeley — you know, they have many, many extremely important programs … But they do have a more traditional emphasis when it comes to disciplines.”

At CIIS, on the other hand, he found openness to the kind of academic program he envisioned. Pepper Schwartz, a professor of sociology at the University of Washington, columnist and author of numerous books on sex, will be a professor there along with Sean Cahill, director of Health Policy Research at The Fenway Institute and co-author of LGBT Youth in America’s Schools.

Promoting sexual literacy is just as important of a program goal as influencing policy, Herdt said. “Americans really continue to have very sex-negative attitudes when it comes to the body, the integration of sexuality with all the elements of their lives. So many people feel that sex is fragmented in their lives, and they don’t have a holistic sense of wellbeing.”

While advancements in neuroscience, psychology and other forms of research have all served to further our understanding of sexuality, Herdt bristles at the idea that it is all hard-wired.

“I’m very much aware that Americans continue to have a view that when it comes to the important things in sexuality, they’re all hard-wired in the brain,” he says. “I do not agree with that view. I believe that the most important things in human sexuality are the things we learn in society. The values we learn, the ethics, the way we can form relationships. The way we learn to love. Or not to love, to hate. These are such tremendously important issues in human sexuality and human development.” He added, “Let’s put it in its proper way: It’s interactive.”