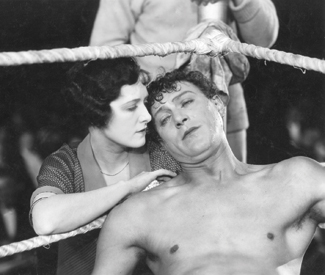 FILM After a banner 2012 and early 2013 — in which his 1958 Vertigo was named the best film of all time by Sight and Sound magazine; a critically-panned but still entertaining-enough biopic hit theaters; and a months-long career retrospective, “The Shape of Suspense,” played the Pacific Film Archive — Alfred Hitchcock’s revival continues. Next up is “The Hitchcock 9,” a San Francisco Silent Film Festival showcase of nine silent films — nearly his entire 1920s output, all made before he turned 30.

His best-known films continue to inspire pop culture (see: A&E’s hit Bates Motel), but Hitchcock’s earliest work isn’t widely circulated. That may change thanks to the British Film Institute’s restoration efforts, the fruits of which are unspooling stateside on a multi-city tour (along with the Silent fest, co-presenters include the Brooklyn Academy of Music and the Academy of Motion Picture Arts and Sciences) launching at the Castro Theatre. Live music by acclaimed musicians will enhance each screening, including the five-piece Mont Alto Motion Picture Orchestra, Bay Area pianist-composer Judy Rosenberg, and British silent-film specialist Stephen Horne.

In movie-crazed San Francisco, where Silent fest screenings regularly sell out (this year’s event is July 18-21; start your engines, Louise Brooks fans), the only dilemma will be deciding which of the Hitchcock 9 to see. Opening night offers a tempting option in 1929’s Blackmail, which Hitchcock — always adventurous with filmmaking technology — shot as a silent/sound hybrid.

Her blonde hair hinting at what would become a Hitchcock trademark, saucer-eyed beauty Alice (Anny Ondra) steps out on her inattentive boyfriend, a Scotland Yard detective, with an artist whose intentions prove shockingly lascivious. Alice has no choice but to stab her attacker (and rip one of his creepy clown paintings) and skulk off into the night, leaving the murder scene for her cop beau to find. What happens next is given away by the film’s title, but no matter — Blackmail is suspenseful to the end.

Another fair-haired lass encounters menace in closing-night film The Lodger (1926), a thriller that takes its stylistic cues from German Expressionist films, particularly 1920’s The Cabinet of Dr. Caligari. Sassy model Daisy (June Tripp, credited as “Miss June”) declares “No more peroxide for yours truly!” when London’s headlines begin shrieking about a serial killer, “The Avenger,” who exclusively targets blondes. Enter a gloomy-yet-dreamy stranger (Ivor Novello), who takes a room at the boarding house run by Daisy’s parents; it doesn’t take long before he makes the landlady uneasy (he does wear a cape, after all), though Daisy finds him intriguing. Naturally, her boyfriend — another cop — becomes highly jealous, not to mention suspicious.

Blackmail and The Lodger are stuffed with elements that would later be easily identifiable as “Hitchcockian” (witness Blackmail‘s high-climbing climax — it ain’t Mount Rushmore, but you see where the idea’s heading). But The Ring, about a love triangle between two boxers and the (dark-haired) temptress that motivates their brawls, is Hitch’s only original script penned without collaborators, and it’s hardly chockablock with psychological terrors. It is, however, a charming sports romance with some nifty technical touches, including an early example of a drunken scene being shot in blurry “booze-o-vision.”