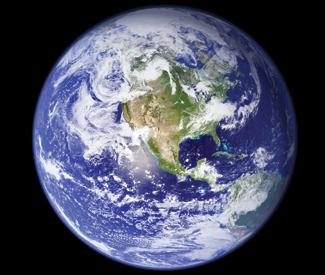 77: Years before climate scientists say the Sierra Snowpack, the state’s largest reservoir, could dwindle to half its historic size. [Source: Fact Sheet, California Air Resources Board]

565: Gigatons of carbon that can be burned before global average temperatures rise by 2 degrees Celsius, the ceiling target established by the Copenhagen Accord to avert the worst consequences of global climate change.

2,795: Gigatons of carbon held in reserves by the world’s oil and gas companies, which would emit five times the “safe” amount of carbon into the atmosphere if burned.

$1,000,000: Approximate amount Chevron was fined by state regulators for the Aug. 6, 2012 Richmond Refinery fire, which resulted in about 200 hospital visits due to exposure to toxic fumes.

656,576: Miles of waterways, representing 55 percent of all rivers and streams in the U.S., ranked in “poor” condition in the EPA’s latest assessment, meaning they can’t support healthy aquatic life.

13,144: Miles of U.S. waterways where fish are not safe for human consumption, due to high levels of mercury.

16: Inches sea level is expected to rise in the San Francisco Bay by 2050, according to climate change scenarios.

55: Inches sea level is expected to rise in the San Francisco Bay by 2099, according to climate change scenarios.

195,061: Acres of pine or fir forest it would take to absorb PG&E’s 2011 San Francisco greenhouse gas emissions, assuming CO2 absorption for one year. (Roughly 6.5 times the land area of SF.)