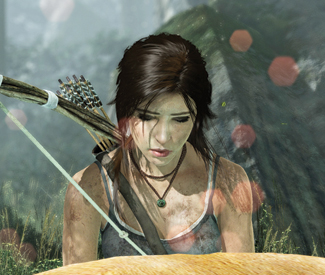 GAMER There’s no single trick to staying relevant in today’s game market. The past month has seen three overt attempts to kick-start flagging franchises, and the different approaches developers have taken to boost sales demonstrate just how wily this second Wild West has become for the industry.

Last week’s release of God of War: Ascension, a prequel to the superlatively successful — and single-player-only — God of War trilogy, arrived in stores with meager details about its twisting, soapy take on ancient Greece, but we knew plenty about the action title’s new multiplayer mode. With publishers like Electronic Arts and Crytek nobly prophesying the death of the single-player experience, multiplayer and other online services have become the go-to additions to franchises that are otherwise at odds with any sort of social interaction.

Fast-paced and frenetic, the multiplayer fills a niche that was lacking in the action-combat field, but it remains a mode no one really asked for. And it’s the single-player experience that suffers as a result. With no coherent sense of purpose for the oft-spurned demigod Kratos, and hampered by outmoded game design, it’s a shame that when it came time to reestablish the franchise developer Santa Monica Studio were afraid to truly color outside the lines.

The Metal Gear franchise has been a dependable stealth series for decades, but the extended wait between releases has forced Solid Snake to pass the mic to newer sneaky heroes like Sam Fisher and all those hooded guys in Assassin’s Creed. Which is why Metal Gear Rising: Revengeance is a brilliant method of enriching that legacy and attracting new fans at the same time.

Konami outsourced Revengeance‘s development to Platinum Games, developers of the over-the-top Bayonetta series, and allowed some of Japan’s most outrageous game creators to twist the Metal Gear formula in a refreshing way. Rather than the stealth combat that drives the main series, Revengeance is a ruthless action game, built on linking combos and a thrilling kinetic conversation of offensive and defensive movement. Focusing on bit character (and cybernetic ninja) Raiden invigorates the franchise without messing with canon and speaks to a range of people who wouldn’t normally be interested in a Metal Gear game.

When all else fails, reboot. Tomb Raider‘s Lara Croft has become a punch line in her old age: an iconic pedigree ultimately overshadowed by a pair of Angelina Jolie movies and a controversial PC mod that allows you to play in the polygonal buff. Developer Crystal Dynamics recently attempted to rejuvenate the series with cooperative play in the spin-off The Guardian of Light, but it needed — and failed to provide — something stylish enough to draw in a generation of gamers who were already getting a solid archeology fix from the Uncharted series.

Approachable and slick, Tomb Raider (2013) has a gruesome sense of physicality, as young Lara is pushed to her limit for the first time on an unforgiving island off the coast of Japan. Ditching the cheeky humor and prehistoric dinosaurs and focusing on an origin story that humanizes a character that was a hair’s breadth from becoming a caricature, this new Lara Croft earns a second life and proves there’s still an audience seeking deep single-player experiences.

Of course, Tomb Raider also has a multiplayer mode. Always hedge your bets, I suppose.