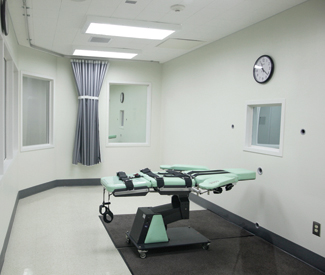 Proposition 34, the initiative to end the death penalty in California, is trailing in the polls, but proponents are focusing on a surprisingly large voting block that could still put it over the top: undecided voters.

“Anything can happen on Election Day,” said Natasha Minsker, campaign manager for Yes on 34. “I think what this election comes down to is who’s able to reach the undecided voter.”

The Los Angeles Times reports the race is 38-51 against the measure, while the Field Poll survey has it at 42-45 against. Both polls report that 11-13 percent of voters were undecided, and a more recent poll conducted by SurveyUSA shows the undecided vote may have grown to 20 percent.

Those large numbers, with less than two weeks until the election, raise an interesting and troubling question: on a decision as serious as whether we allow the state to kill someone in our name — a practice that is as costly to state finances as it may be to our very souls — why have so many voters failed to form an opinion?

Leading the charge to win over these ambivalent voters is a coalition of justice organizations, supported by prominent individuals and groups such as the American Civil Liberties Union (ACLU) and Amnesty International.

The campaign has raised more than $6 million in less than a year, outspending the opposition 35-to-1. Minsker told us the campaign is focusing hard on undecided minority voters, devoting most of its resources to an area they believe will help them win.

“We have more of a focus on young Latino, Asian, and African American voters, specifically in LA County,” she said. “These are voters who, once they hear about the facts of the proposition, they vote for it.”

Prop. 34 would replace California’s death penalty with a maximum sentence of life in prison with no chance of parole. The proposition would also make convicted felons work to pay restitution to their victims’ families.

The Field Poll reports that of all the regions surveyed, Los Angeles County contains the highest percentage of undecided voters, at 17 percent. Once voters learn that executions don’t prevent murders (numerous studies show it doesn’t act as a deterrent to crime) or save money (life-in-prison is cheaper than housing someone on Death Row and hearing legal appeals), support for capital punishment falls.

The Field Poll reports that 15 percent of voters aged18-39 are undecided, while minority voters (Latino, Asian and African American) contain even higher rates of undecided voters, ranging from 16-19 percent, higher than undecided white voters, at 11 percent.

Unlike on many liberal-leaning campaigns, this one also has strong support from the Catholic Church.

“The energy the Catholic community has brought to the initiative has been fantastic,” Minsker said. “It is certainly one of the few issues to bring together the ACLU and the Catholic Church, but it’s just wonderful to see.”

But in order for the proposition to pass, undecided voters must decide soon.

Field Poll Director Mark Dicamillo said that at this stage in the contest, the team that is leading in the polls usually wins.

“In our experience, with [two] weeks left, undecided voters usually vote no, if they haven’t figured out where they stand yet,” he said.

But Jeanne Woodford, executive director of Death Penalty Focus, a nonprofit group dedicated to educating the public about capital punishment, says these undecided voters are taking their time to get the facts straight before they decide.

“I think that [undecided voters] are very thoughtful voters who are not going to vote on this issue from a moral perspective,” she said. “Those are voters who are going to want to know the facts.”

With the election just around the corner, why are so many “thoughtful voters” still undecided about ending the death penalty?

“Historically, the state of California has flipped on its [death penalty] policy,” he said. “My guess is that it is a little bit hard for voters to navigate through now.”

But at a time when California is in a fiscal crisis and federal judges have ordered the state to substantially reduce the population in its overcrowded prison system, Prop. 34 proponents have been making fiscal arguments more than moral ones.

According to the state’s Legislative Analyst’s Office, ending the Death Penalty would save taxpayers $130 million a year, and set aside a $100 million annual fund for law enforcement agencies to use in solving homicide and rape cases.

Prop 36, reform of the harsh Three Strikes and You’re Out law, is the other big sentencing reform initiative on the ballot. Prop 36 would save taxpayers about $100 million a year, yet it is a 3-1 favorite in the polls, a stark contrast to Prop 34.

“The death penalty has been overshadowed by the Three Strikes prop, and that’s possibly another aspect of the undecided voters,” Cain said. “But remember people that are undecided at the end are the people that only get information from their TV.”

That’s something that Yes on 34 is well aware of and about to address.

The campaign has reported spending more than $3 million since July producing television and cable ads, which are launching this week.

“You’ll be seeing TV and radio which will provide much more information to the public, and when they have that information, the facts speak for themselves,” Woodford said.

But No of 34 campaign has fear and emotional arguments on its side. Spokesperson Peter Demarco told us, “Prop 34 isn’t about saving money. It’s the centerpiece of the liberal ACLU’s agenda to weaken California’s public safety laws.”

Cain thinks Prop 34 has a chance, but the real test is yet to come.

“If indeed the no people plan to throw money into this and really land some hard-hitting emotional ads, then you could see voters being moved dramatically,” he said. “If people see these emotional ads and don’t move, then that tells you that the electorate has changed.”

Executions in California go back to its earliest settlements, and it was first authorized in the state’s penal code in 1872.

In 1972, the California Supreme Court ruled the death penalty cruel and unusual punishment in violation of the state’s constitution, commuting more than 100 death sentences to life in the prison without the possibility of parole.

Cain says that during the 1970s and ’80s, when California’s rising crime rate was making big news, the public began to embrace capital punishment.

“There were more violent murders, there was crack cocaine, there was a sense that people were going way over the line, and it was very much a moral issue,” he said.

“We haven’t seen a vote like this to abolish the death penalty in about 40 years,” said Richard Dieter, executive director of Death Penalty Information Center. “Just the fact that it’s happening is indicative to the growing skepticism toward the death penalty.”

The number of countries that have abolished the death penalty has doubled to more than 120 the past 25 years. In the US, Connecticut recently became the 17th state to abolish the death penalty, not including the District of Columbia. Will California be next?

“Ten years ago, it was 70-30 against ending the death penalty in California, but that’s changed and it’s closer now. The information is going to make a difference for undecided voters,” said Dieter.

Among that information, Minsker said, is the fact that “with the death penalty, we sometimes sentence innocent people.”

The University of Michigan Law School and the Center on Wrongful Convictions at Northwestern University School of Law reports that in the last 23 years, more than 2,000 people convicted of serious crimes were exonerated in the US.

The Innocence Project, which assists prisoners using DNA testing, found that 18 people previously sentenced to death in the US have been exonerated.

“We have learned that innocent people have been sentenced to death,” said Innocence Project Policy Director Stephen Saloom. “States are increasingly abolishing the death penalty because it’s just not worth it.” According to the Death Penalty Information Center, since 1978 California has executed 13 out of 725 death row inmates, costing California taxpayers $4 billion. “It’s not worth keeping this lengthy, costly process any longer,” Saloom said, “and I think people are more likely to see that it’s not a very good government program.”