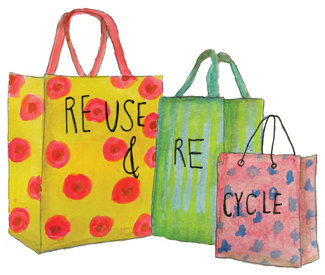 46TH ANNIVERSARY SPECIAL Right now, at UC Berkeley, somebody is inventing a new organism. Across the Bay, at the San Francisco hacker space Noisebridge, somebody is programming a giant array of LEDs they bought from a cheerfully piratical Chinese website that sells the lights on long ribbons rolled tightly into bundles. On Mount Tam, long after the park closes on Saturday night, a group of amateur astronomers has set up telescopes and is surveying Messier objects. In Golden Gate Park, historians are leading walking tours; in the Presidio, the Park Service has just painstakingly recreated a dune ecosystem that had been destroyed by development decades ago. And over at Tech Shop, in SoMa, somebody is inventing a high-tech prosthetic that will turn disabilities into superpowers.

The San Francisco Bay Area is globally famous for its subversive subcultures, from the hippies and punks to the hipsters and steampunks. But what we usually forget is that scientists and engineers are part of the city’s phylogeny of subversives too. The Bay Area was home to the nation’s first conservationist movement in the early twentieth century, as well as the first urban “sidewalk astronomy” club in the 1960s. The Homebrew Computer Club, whose members included a bunch of weirdos who invented the first home PCs, started in Silicon Valley in the 1970s. The people who participated in these groups, like John Muir and Steve Wozniak, were activists. Their goal was to teach everyone about science, so that we could use science to transform our cities and the world.

We did it, too. In the 1960s, conservationists prevented developers from choking the Bay with landfill so they could build more condos. In the 1980s, computer scientists at Stanford and Berkeley organized to educate the public about the incredible dangers of Reagan’s “Star Wars” project, a computerized missile defense system. And today, Bay Area scientists are still trying to save the world. Earthquake engineers at an enormous lab in Richmond are figuring out ways to construct buildings that won’t collapse when the Big One hits. Biologists at Walnut Creek’s Joint Genome Institute are using a fleet of genome sequencers save the environment by figuring out which plants make the best biofuels — and which microorganisms are the best carbon sinks.

It’s no accident that San Francisco is home to two of the country’s most radical experiments in politicized science: the Electronic Frontier Foundation (EFF), which fights legal battles to protect people’s privacy and free speech in the realms of technology; and the Public Library of Science (PLoS), which makes scientific journal articles freely available online under open copyright licenses. Both organizations challenge the conventional wisdom that technology and science should be controlled by an elite few.

Here in the Bay Area, we use education to disturb the peace. We do science in the streets. When it comes to rational inquiry, we do not fuck around. And that is why San Francisco will always be a city with one glowing tentacle wrapped tightly around the future. Of course, our version of tomorrow isn’t ruled by brain-eating zombie authoritarians and mind-controlled mutants. Instead, it’s full of green energy, freely-shared information, robotic exoskeletons for people who are paralyzed, carefully maintained ecosystems, and Utopian experiments with Internet democracy. I know you’ve seen that future, too. It lurks in labs and libraries. Of course there are always reasons to be pessimistic. But sometimes, when you climb a hill and look out at the open Bay, you cannot suppress the feeling that we are inventing a better tomorrow.

Annalee Newitz is a surly media nerd who is editor and time distortion field operator for i09.com.