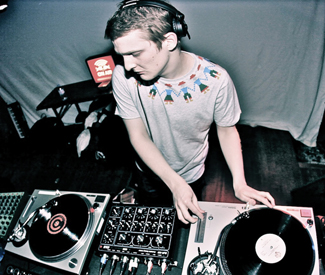 MUSIC Out of nowhere an isolated house groove surfaced from the ether of the Internet and touched an unexpected chord. It was called “Love Me Like This,” a throbbing re-edit of the early 1980s track of the same title from R&B group Real to Reel. Its author was an unknown British musician going by the name of Floating Points, a gerund whose aerial element reminded me at the time of another producer closer to home, Flying Lotus.

Apart from names, both applied jazz tendencies to their electronic compositions. And both were involved respectively in a loose constellation of musicians and producers, whose inspired theorizing on low end frequencies had just begun to crack apart the stale course taken by much of dance music, exploding it into countless directions.

This was the case in, at least, that nebulous sphere of grassroots creativity that many still lovingly call the underground — in which the alleged distinction between dance and head music (or, in industry parlance, between electronic dance music and intellectual dance music) just doesn’t make any sense. Is it head music dancing? Dance music getting head? How about this: dance music about dance music. That’s heady enough. And if you think I’m dancing around the issue, then I would be so lucky to have got my point across.

Putting my word games aside, Floating Points’s music hits a sweet spot. Something about “Love Me” suspends you in midair. Syncopated percussion lurches ahead, offset by a wandering snare. The song unravels joyously, arriving and departing from a series of peaks where the programmed drums and swirling vocal refrain come to be utterly overwhelmed by lush arpeggios, sweltering keys. Most of what we tend to place under the category of dance music operates precisely this formula in which claustrophobic discomfort builds and holds itself back until it’s finally spent in an expulsive release. Again and again. Floating Points, who is also called Sam Shepherd, often executes this to brilliant effect.

But something else can happen too, where the difference between claustrophobia and release is suspended. It’s as if, against all odds, you feel both restraint and letting go at the same time. And there you are, floating in the delay between them — in an extraordinarily ecstatic shuffle where the climactic drop that has become so essential to the huge financial success of EDM festival acts just doesn’t even count anymore. You’ve been taken instead somewhere else, outside of the drop’s comfort zone.

“Love Me Like This” appeared from nowhere more than three years ago, before anyone really knew the name Skrillex, before dub-step would begin to sell its signature wobble to the popular consumption of American cars and Brittney Spears’ songs. Then, Californian producers were in the midst of reinventing instrumental hip-hop, while others toyed with the boogie funk of Prince, as the sounds of UK club culture filtered into this experimental space.

I remember waiting impatiently for two specific aspects of these worlds to collide — waiting for someone to take what Dam-Funk was doing in Los Angeles with bounce driven soul and fissure it with the two-step drum patterns that made all the sub-genres splintering from and around dub-step sound so interesting. Floating Points answered my silent wish.

I exaggerate my prescience here, though, because Shepherd far exceeded whatever I could muster in anticipation. His first proper release was a seven-inch record that debuted Eglo Records, which he co-founded with Alexander Nut in London. The single’s two tracks stem from the disorienting free jazz belonging to another incessant breaker of rules, Sun Ra. “Radiality” warps Ra’s “Lanquidity” into a plosive shattering of synthetic rhythms and melodies. The way the groove lobs in time is a bit like the floating I mentioned earlier — there we are, languishing warmly in rhythm.

A couple EPs, a number of singles, remixes, and collaborations followed. On Vacuum, Shepherd shows that he can just as well make a no frills house groove. Subtle narrative arcs made up of punchy bass lines and sticky keys invite you to surrender willingly to the beat. Shadows is a bit more experimental. The extended compositions are fractured: bass lines disappear into quiet piano solos, chords dissolve into pulses spiraling in concentric circles around themselves. From these shallow swirls of sound arise huge swells of energy, only to dissipate once again.

Some of Shepherd’s most magnetic music, though, features fellow Eglo signee Fatima on vocals. She not only sings wonderfully with the Floating Points Ensemble, but has also done significant work of her own with Shepherd on production. What sticks with me most is last year’s Follow You EP, a subtle and lovely take on the intoxicating inner visions that music can conjure.

It turns out Floating Points is a classically trained musician, who only moonlights on analog drum machines and synthesizers. A great deal of his waking hours are otherwise devoted to pursuing a Ph.D in neuroscience. I assume that’s why it’s taken Shepherd this long to touch down in San Francisco for a live performance. And thanks to the curatorial teamwork between DJ Dials and Noise Pop’s Dawson Ludwig, he’ll join the eclectic bill for the upcoming Scene Unseen event.

Set among other headliners — including both the extravagant rapper, Riff Raff (who will be played by none other than James Franco in an upcoming film directed by Harmony Korine), and the showy Chicago duo, Flosstradamus — I’m not sure what to expect. Add to that set list two experimental beatsmiths from LA, Dibiase and Groundislava, as well as locals Ghost on Tape and the DJ crew KM / FM, among others, then you’ve pretty much run the risk of nullifying any categorical expectation. It’s really quite a gamble. Then again, that’s the liminal space in which Floating Points has thrived, and in which tomorrow’s music has always thrown its dice.

With Riff Raff, Flosstradamus, and others