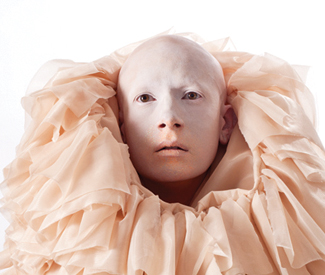 THEATER Since 2010, This Is What I Want has hitched its program to the National Queer Arts Festival to explore the artistic and social ground between intimacy and performance. Privileging the immediate, even confused elaborations of desire over the canny or slickly theorized, TIWIW (produced by THEOFFCENTER in association with SOMArts, the Center for Sex and Culture, and the Queer Cultural Center) challenges adept, professional performance makers to risk forgoing the usual control or cohesion in the hope of finding new avenues for creation and participation.

TIWIW’s free-ranging curatorial approach, which includes artists operating outside queer or identity-based practices, gets a further boost this year with the inclusion of several Los Angeles–based artists and a symposium at the Center for Sex and Culture moderated by Carol Queen.

San Francisco–based performance artist and choreographer Tessa Wills took over as artistic director this year at the invitation of TIWIW’s founder, choreographer Jesse Hewit. Wills’s own piece caps the five-day program with a “participatory experience” at the Center for Sex and Culture, and in general she brings a particular stamp to this year’s festival, even as TIWIW stretches out within and beyond the Bay Area via a curatorial team that includes Hewit, Rachael Dichter, and Los Angeles–based artists Anna Martine Whitehead and Doran George.

Wills, a thirtysomething whose relaxed mien belies a probing stare, is an internationally produced performance maker who grew up studying music, ballet, and contemporary dance in England before relocating to the Bay Area. She’s one of those artists always worth going out of your way for. In fact, she was behind one of the more memorable contributions to last year’s TIWIW program (more on that below). Wearing a sleeveless T-shirt that nonchalantly compliments the shorn sides of her sandy brown bob, Wills sat down at a Mission café last week to discuss her directorial vision for TIWIW and the economies of desire.

San Francisco Bay Guardian Can you describe briefly the curatorial process this year?

Tessa Wills We asked people to apply, either people whose work we like or with a specific piece in mind, like Sara Kraft’s — Rachael [Dichter] knew exactly what the piece was. [Multimedia artist Sara Kraft’s The Truth employs a pair of dueling narratives in what the artist describes as a desperate search for objectivity, “fueled by the deeply subjective madness of desire, loss and the chaos of experience.” It premiered at Yerba Buena Center for the Arts in 2007.]

I had the curatorial statement underway, and the other curators added to it, enriched it or changed parts, and we invited people from there. About half of them are new commissions from people we are just excited by, like Dia [Dear] and Mica [Sigourney], and half of them are pieces that already exist. There are loads of people coming up from LA this time because two of the curators are down there.

SFBG One of those is British artist Doran George. How did he become involved?

TW I followed his work in England but never met him. Then he came to San Francisco, and we made very fast, intense connections around work and politics, and also a friendship. So we were looking for a way to work with each other.

When Jesse asked me to direct TIWIW and invite in curators, it seemed like that was really where Doran was at. A lot of his work is about somatics as it relates to gender. Because he was [in Los Angeles], it seemed sensible to think about other people that could support him and his choices down there. Anna Martine [Whitehead] is also down there working, and obviously she has this strong history with the festival, and her voice is clear, rich and powerful.

SFBG Can you explain the emphasis on desire and economy in your work and in your directorial approach overall?

TW Broadly, people in this festival [in the last two years] have looked at desire through the lens of sexuality — but they also have not. My artistic direction has put it very specifically; I really wanted to bring in that question of how money and desire weave together, and where the places of empowerment and disempowerment are around that. I’ve brought sex work to the fore in that. Doran also is interested in that. But we were very careful in the curating to broaden that out a lot. The pieces are not all about sex; but the pieces are all about desire. So there is breadth, but also that very specific thing that I’ve brought in.

In my piece, at Center for Sex and Culture on Saturday, there are nine people who are “charging,” they’re doing one-on-one performances with audiences. Basically, they’re facilitating you talking about your desire. But it’s not like straight sex work. It’s not like they’re going to meet your desire. They’re going to interrogate it with you and charge it up.

SFBG So “charge up” has a double entendre.

TW It’s got a double entendre, exactly. All of the chargers are sex workers. I identify as a sex-worker ally, and I identify in the space between performance and sex work. Those are my two communities. So this theme, the value of desire, somehow has those two together.

SFBG Where do you see subversive or radical points of departure in the intersections of desire and economy?

TW People will take money and then use it for their subversive practices. So there’s that. Then there’s the fact that everybody is working for free to put this festival on. I think that adds a really interesting perspective to the conversation about how desire and money relate. Because the thing that’s really driven this festival is this passionate desire to put it on for its own sake. It defies any economic logic that any of us are working this hard. I mean, it’s ridiculous. I feel stupid how hard I’m working on this.

SFBG That’s the position of a lot of art-making in this society. But then, ridiculousness is a tried-and-true strategy of subversion too. I’m reminded of the argument in Judith Halberstam’s book, The Queer Art of Failure, where a willingness to “fail” — in the terms set by the dominant social and economic order — may offer a way out from under that order, and suggest alternatives beyond its reach or ken.

TW There are all these other economies that come to light when you look at that disconnect or failure [vis-à-vis the dominant economic model]—then it’s like, ok, that’s obviously not working, so what else can be motivating? There are just so many diverse economies at work. Like DavEnds piece, for example. She was really motivated by wanting to have close, intimate exchanges and make more friends. The people she’s brought into her piece, she’s very clear about it, are people that she wants to be friends with.

SFBG There’s a social impulse mixed in there. I also like the idea that desire could be tied to giving away or losing, as opposed to taking, receiving, gaining or possessing. Does that resonate with some of the pieces this year?

TW Yes, I think that’s right. Mica Sigourney’s piece is one that I was very keen to curate. He’s the only one who’s been in all the iterations of the festival, and I think each time he’s done [TIWIW], it’s gotten a little closer to actually managing to stage desire, in motion, on the stage. His piece is kind of a secret, but there’s a way in which he is working directly with money. He’s trying to figure out his erotic value in the moment, with the audience. There’s a way in which his work always gets right to the heart of the theme for me.

SFBG Back to your piece: Does it build on previous work?

TW Yes. Last year, when I was at the festival, I did this piece with electric butt plugs. [Note: In this piece, Wills and co-performer Harold Burns were naked inside (what looked like) giant pink bath scrunchies (designed by Honey McMoney), wearing electric butt-plugs attached to a microphone set low before a pillow at the front of the stage. Individual audience members could come kneel and whisper their fantasies, their words registering solely in the physical responses and expressions of the performers.]

So what I did in the butt-plug piece was to get the audience to come up and say things, to say what they wanted, and they couldn’t really be heard, and then we would just get the sensation — we would get the quality of how they were talking but we wouldn’t get the content. And we’d experience that in a very intimate, deep way. That’s what I wanted to try and develop a bit further this year. So after this week of people watching other people struggle and interrogate and stage their desire, [in this piece] they get to have all of that research land in their own body. They have their own process of saying what they desire, and they have their own somatic experience.

SFBG So it’s very individual and private, there’s no larger audience, there’s no documentation of the whole thing.

TW Exactly. It’s kind of rough for me as an artist, because I’ve put so much work into it, and it’s a very generous piece in terms of the amount — like we talked about the economic worth and the amount of one-on-one time with the audience. So it’s very sad for me to never get an audience response, actually.

TW Yeah, I’ll never get that.