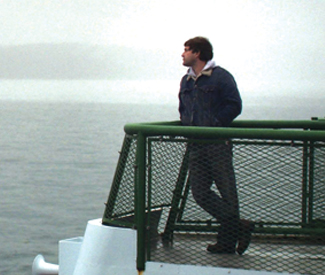 FILM Actors writing and directing movies in order to get work as actors can be a dicey business. It worked for the likes of Ed Burns and Vin Diesel, at least in terms of their becoming (however precariously) Hollywood stars. But anyone who’s seen a sizable share of independent features at B-list film festivals knows that more often than not, actor-originated projects can lead to excessive displays of vanity, indulgence, and shameless if frequently unconscious imitation of other movies. (Cassavetes, Scorsese, and Tarantino being the most deathlessly recycled models.)

It’s not that actors aren’t smart; it’s that as in so many things, a collectivist venture like moviemaking benefits from the checks and balances of each collaborator’s clear-eyed perspective on one another’s input. Mark Duplass is now getting roles in mainstream movies and TV — he’s in Kathryn Bigelow’s upcoming Navy SEALs movie, for one — but you can’t say that that was necessarily the plan, or point. You certainly can’t say the so-called “mumblecore” genre he helped invent with sibling Jay (his co-writer and director on five features to date starting with 2005’s The Puffy Chair) is about actorly indulgence, either, much as its specimens might sometimes meander short of structure or meaning. They’ve been outward-looking — out to communities beyond acting school or potential William Morris representation, at least.

And Mark Duplass has been good in them, sometimes almost invisibly so. He stole the show in Lawrence Kasdan’s recent misfire Darling Companion by simply acting sanely amidst a starrier ensemble hell-bent on quirky hysteria. His slightly-shlumpy yet subtler (than Seth Rogen/Jason Segal/Jack Black) appeal is more prominent in two movies that happen to be opening this week, neither written or directed by a Duplass. He’s very good in both of them, albeit in unshowy, average-yoink ways no awards body might ever recognize.

Your Sister’s Sister is the new movie from Lynn Shelton, who sort of came late to the mumblecore table — her first feature, We Go Way Back (2006), was nothing like it — and who directed Duplass in her shaggily amusing, throwaway Humpday (2009). This latest opens more somberly, at a Seattle wake where his Jack makes his deceased brother’s friends uncomfortable by pointing out that the do-gooder guy they’d loved just the last couple years was a bully and jerk for many years before his reformation. This outburst prompts an offer from friend-slash-mutual-crush Iris (Emily Blunt) that he get his head together for a few days at her family’s empty vacation house on a nearby island.

Arriving via ferry and bike, he is disconcerted to find someone already in residence — Iris’ sister Hannah (Rosemarie DeWitt), who’s grieving a loss of her own (she’s split with her girlfriend). Several tequila shots later, two Kinsey-scale opposites meet, which creates complications when Iris turns up the next day. A bit slight in immediate retrospect and contrived in its wrap-up, Shelton’s film is nonetheless insinuating, likable, and a little touching while you’re watching it. That’s largely thanks to the actors’ appeal — especially Duplass, who fills in a blunderingly lucky (and unlucky) character’s many blanks with lived-in understatement.

San Francisco-born director Colin Trevorrow’s narrative debut feature Safety Not Guaranteed, written by Derek Connolly, is more striking both overall and in performance. It’s got an improbable setup: not that rural loner Kenneth (Duplass) would place a personal ad for a time travel partner (“Must bring own weapons”), but that a Seattle alt-weekly magazine would pay expenses for a vainglorious staff reporter (Jake Johnson, hilarious) and two interns (Aubrey Plaza, Karan Soni) to stalk him for a fluff feature over the course of several days. The publishing budget allowing that today is true science-fiction.

But never mind. Inserting herself “undercover” when a direct approach fails, Plaza’s slightly goth college grad finds she actually likes obsessive, paranoid weirdo Kenneth, and is intrigued by his seemingly insane but dead serious mission. For most of its length Safety falls safely into the category of off-center indie comedics, delivering various loopy and crass behavior with a practiced deadpan, providing just enough character depth to achieve eventual poignancy. Then it takes a major leap — one it would be criminal to spoil, but which turns an admirable little movie into something conceptually surprising, reckless, and rather exhilarating.

YOUR SISTER’S SISTER and SAFETY NOT GUARANTEED open Fri/15 in Bay Area theaters.