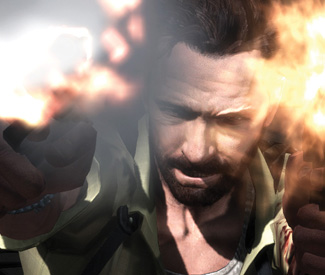 GAMER There will be fans who complain that Rockstar Games doesn’t “get” Max Payne. Remedy Entertainment, a Finnish developer that has since moved on to the Alan Wake franchise, developed the action-noir series’ first two titles, and Rockstar picked up the ball in much the same way they revived Red Dead a few years back. The truth is there may be no company better suited to reimagining Max Payne; Rockstar and Remedy share a fascination and fetishization with the old cop movies, comic books, and cinematic style that inspired the series.

After the deaths of his wife and child in the first game, Max has given up. Holed up in a dingy bar in Jersey, he’s drinking himself to death when an old police academy buddy suggests private security work in São Paulo, Brazil. The suntanned change of scenery is pleasant, and the authentic music, un-subtitled Portuguese and po-faced grime of the dangerous favelas is typical Rockstar distillation of what makes Brazil “cool” to outsiders.

The wife of a wealthy aristocrat is kidnapped, and Max sets out to retrieve her from the corrupt cops and drug lords of Sao Paolo’s streets and slums. It’s got a Man on Fire (2004) vibe, one the developers encourage by incorporating Tony Scott-esque editing tricks like double exposures and scrolling key words of dialogue across the screen as characters speak them.

If one element will divide old fans from new, it’s a certain self-seriousness, something scoffed at by the original Max Payne. There’s a joke about gaming in the aughts and how every developer seemed to turn their protagonist into alcoholic, bearded scumbags, but at least Max embodies these traits thematically. The game’s grizzled noir clichés aren’t overtly tongue-in-cheek and aside from some superficial commentary about the divide between rich and poor in a predominately poor city, this is a game about slow-motion bullets and it’s hard to take too seriously.

Max Payne invented “bullet time” gaming, where the game world slows down as you dive through the air, picking off multiple enemies in slow-motion, and the mechanics haven’t changed. Basically, (1) keep moving, (2) keep shooting, and (3) kill thousands of people. Level design is inspired — though flashbacks to New York feel like a consolation to fans unhappy with the change of setting — and rock band HEALTH delivers a moody score that’s equal parts Jan Hammer and Japanese taiko drums.

There’s something quietly retro about a game that isn’t anything more than shooting a ton of bad guys. It’s a simple pleasure, and Max Payne 3 feeds that monster. But Rockstar Games aren’t known for “simple”; when they took over Red Dead Redemption they transformed a game about gunslinger showdowns into an epic open-world western. Part of me hoped for something revolutionary to happen here, and the final product looks quaint compared with the caliber of Rockstar’s past releases, but there’s no denying Max Payne 3 is a uniquely stylish take on Latin American crime.