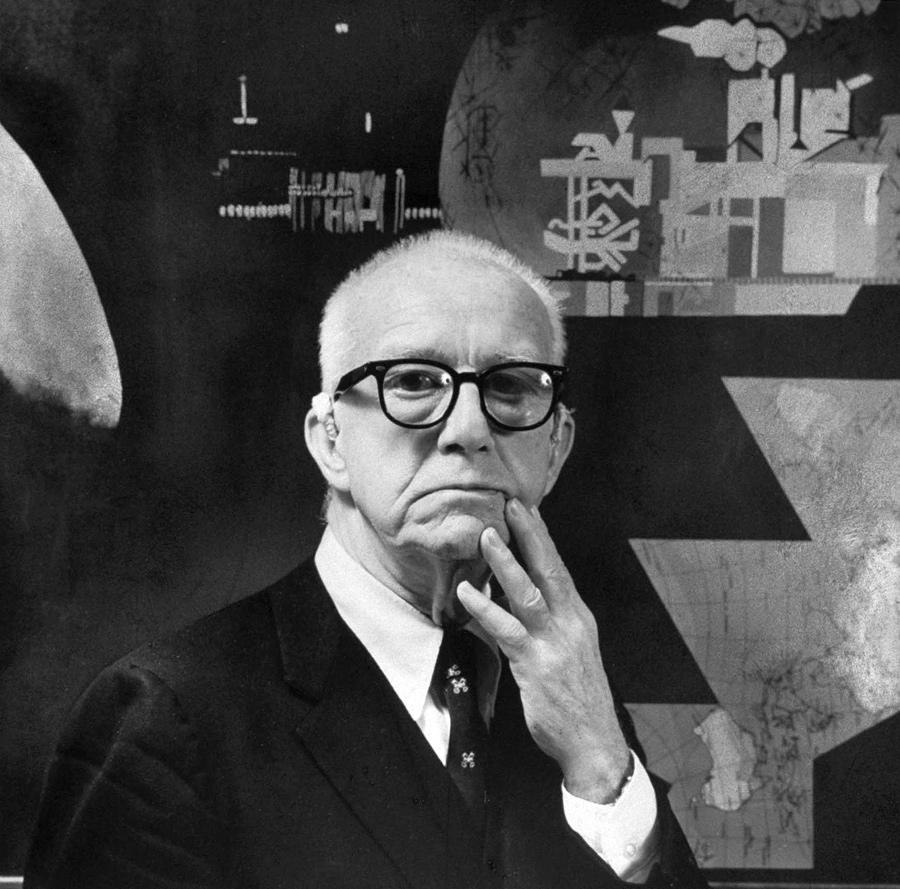 Sam Green’s The Love Song of R. Buckminster Fuller, which he performed twice on Tuesday, May 1, with live accompaniment from Yo La Tengo, is technically a documentary. But it’s a sort of gonzo documentary, a piece of performance art that emphasizes Green’s enthusiasm for his subject, the bespectacled architect-prophet Bucky Fuller.

On Tue/1, Green stood at the bottom left of the screen with a microphone; the three-piece band was opposite him. This format, which Green developed for his previous “live documentary” Utopia in Four Movements, allows for him to interact in the moment with his audience as well as his footage. In one particularly fun moment, while introducing a filmed interview segment, Green timed his commentary so that the onscreen figure’s face seemed to respond to his words, drawing big laughs.

Yo La Tengo’s score was often unobtrusive, rolling beneath the surface of the recorded sound of video clips to add atmosphere. But at key moments it burst into action, as with the clip of Fuller’s demonstration of his Dymaxion Car, where percussive rumbles highlighted the explosive potential of the invention while also foreshadowing its equally drastic end (the car would crash, killing its test-driver, at a later demonstration). In a Q&A following the performance, the band indicated that Green’s temporary score for the work featured a lot of its recorded music, giving it a sense for what sounds to use in the final live version.

One of the most exciting aspects of the “live documentary” format is the focus it places on Green as storyteller and explorer. He’s infectiously enamored of Fuller’s utopian ideas – something that came across abundantly in my interview with him before the San Francisco International Film Festival, but which might get lost in a static documentary striving to convey objective facts. With Green on the stage, emoting and expressing his thoughts, the inherent subjectivity of any documentary effort is liberated, allowing him to be the voice of Fuller’s ideas in an inspiring twist on the medium.

Bay Area local Green has expressed a desire to continue developing and performing the piece, so catch it if you can.