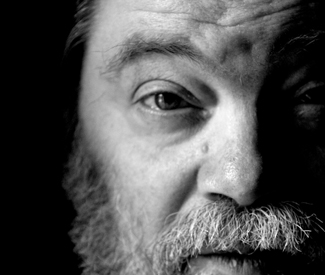 MUSIC Roky Erickson spent much of the past few decades as the subject of endlessly rehearsed cautionary tales about the dangers of mind-altering drugs and mental illness, and romantic anecdotes framing him as a quasi-oracle, gifted and cursed with a second hearing into the weirder vistas of rock ‘n’ roll.

Following the release of Keven McAlester’s You’re Gonna Miss Me in 2005, Erickson reemerged as a subject of a different kind, as McAlester’s documentary dispelled some of the more profound biographical shadows, shedding light on the catalogue of ghosts and demons that haunt Erickson’s expansive body of recorded work.

Now 64, Roky Erickson has had such an indelible influence on psychedelic music, many would call him an architect. In the 1970s he reappeared, Rip Van Winkle-like, to a changed pop music landscape, where he would take a nascent approximation of punk and run it through his own esoteric sensibilities (“horror rock,” he called it), stumbling upon a lo-fi home recording aesthetic in the interstices of this period, though largely out of necessity, mind.

Most recently, Erickson carved out a provisional home in windswept and country-inflected indie. Never permanent, these dwellings serve as temporary shelters — motel rooms — for a restless and untethered voice, part Hank Williams, part Howlin’ Wolf, but even this doesn’t do it justice, and the veritable grimoire of demonic (lately divine) lyrical figures through which it moves.

His most recent record, True Love Cast Out All Evil (2010, ANTI-) — his first new material in more than a decade — saw collaborating band Okkervil River orchestrate a ghostly kind of folk rock capable of tracing the unpredictable contours of Erickson’s musical ideas. But the most memorable moments occur when the smooth continuity of the record is punctuated by intimate and acoustically frayed sounds emphasizing the fragile nuances of Roky’s performance.

The music dissociates into a field of droning harmonies, interspersed with snatches of studio banter, of singing birds and rapidly cycling TV channels. It’s hard not to hear these fragmentary moments as consciously referencing the intrusive sounds and voices that partially characterized his mental illness, yet here they have the feel of an exorcism, casting out, as it were an insistent static.

If there’s an underlying consistency to his immense and scattered catalogue, it’s that Erickson is a consummate blues singer, keenly attuned to the expressive potentials of rock n’ roll, and moreover, preternaturally skilled in reaching his listeners. Roky built up a rich lyrical world of vampire bats and B-movie extraterrestrials, and intangible vibrations that, in the minds and ears of listeners, came to stand in for a wealth of emotional timbres.

We feel, however faint or garbled, a connection through the cadences and inflections of Erickson’s voice. Like reading a novel written in a language you only half understand, you experience his music through these shifts in tone, through his alternating waves of anger and frustration and sadness, and the rare moment of contentment where Erickson retires into a sonic labyrinth of his own design.

When Elvis Presley died, Lester Bangs made the observation that we were all, effectively, saying goodbye to one another, having lost a figure whose music we could all come to a tentative agreement. Bangs’ fantasy of a capacity for a radical and far-reaching empathy encoded rock ‘n’ roll is one that we’ll most likely never stop repeating to ourselves.

Presently, it’s an invitation to patiently listen as the haunting and singular voice of the 13th Floor Elevators, of Roky Erickson & the Aliens, and a vast catalogue of hotel tapes and live recordings and rarities drifts from Austin to San Francisco.

With the Night Beats