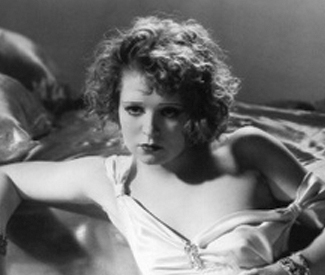 FILM What with the internet, the paparazzi, Rupert Murdoch’s CIA-level spy techniques, and the general displacement of actual news by “celebrity news,” it’s pretty hard these days for a star of any sort to keep their debauchery private. Not like the good old days, when Hollywood carefully stage-managed publicity and only those who’d become a real liability risked having their peccadilloes exposed.

Such rare windfalls aside, the public were mostly restricted to watching beautiful people behave badly onscreen — a pastime that took a big blow once the censorious Production Code was instituted in 1934. Elliot Lavine’s latest Roxie retrospective of movies from that golden-shower period of post-silents, pre-Nannywood licentiousness — this time entitled “Hollywood Before the Code: Nasty-Ass Films for a Nasty-Ass World!” — provides plentiful early talkie titillation. Now that the bodies involved are long buried, we also know a few tales of their stars’ off-screen misadventures, too.

No such luck for The Cheat (1931), a remake of Cecil B. DeMille’s 1915 shocker that was part of Paramount’s brief, failed attempt to make stage sensation Tallulah Bankhead a movie star. Her gambling-addicted socialite gets branded (literally) in lieu of repayment not by the original’s Far East businessman (dashing Sessue Hayakawa) but by a mere rich Caucasian perv with Sinophile pretensions (Irving Pichel). The big courtroom climax is a notable howler.

Bankhead remained a Broadway star and a popular “personality,” her throaty voice hinting at a semi-private life that included a great deal of bourbon, a fondness for unexpected nudity, and sexual appetites all along the Kinsey scale. After two decades off screen she arguably found her camp métier as a berserk Bible-clutching hag terrorizing Stefanie Powers in 1965’s Die! Die! My Darling.

Much less of a survivor was poor Clara Bow, who was beloved when she played the wild thing yet unduly punished when it turned out that role had relevance in real life. The quintessential flapper and “It Girl” (“it” meaning sex appeal) was never much of an actress, but an incandescent, live-wire screen presence.

Call Her Savage (1932) is a pre-Code jaw-dropper that was supposedly her personal favorite. Running an A-to-Z gamut of emotions (and hairstyles), her Texas heiress heroine Nasa “Dynamite” Springer is “never two minutes the same” — a nice way of saying she’s nuts. In 88 minutes she rides a horse like it’s something else, plays with her mastiff likewise, is near-raped by an estranged husband, turns streetwalker, causes a brawl in Greenwich Village café catering to “wild poets and anarchists,” gets in two catfights, hits the bottle, and finds peace upon discovering she’s a part Indian “half-breed,” which apparently explains all.

Emotionally unstable, due in part to a pretty horrific upbringing, Bow must have related. At the time she was enduring myriad problems, notably some embarrassing public revelations spilled by a blackmailing secretary. Savage would be her next-to-last film, after which she retired into a deep and troubled seclusion.

Heading thataway as well was Juanita Hansen, a silent star who’d gone down in flames a decade earlier thanks to a “Queen of Thrills” image that unfortunately she enacted a little too enthusiastically in real life. She quit cocaine, got hooked on morphine, quit that, and became an anti-drug crusader — but nothing re-ignited her career. Certainly not lone comeback vehicle Sensation Hunters, a 1933 Poverty Row exploiter in which she was fifth-billed as “Trixie Snell,” manager-slash-madam to a troupe of “Hot-Cha Girls” who kinda dance, kinda sing, but mostly roll customers at Panama City’s “Bull Ring Club.” It was a sad exit. Puffy and peroxided, Hansen is all too convincing as a woman with too many hard miles on her to go anywhere but further downhill.

Waaaay uptown — glittering Broadway via glossy Paramount — 1934’s Murder at the Vanities offered the last hurrah for pre-Code naughtiness. And what a hurrah: chorus girls in pasties and less (at one point they simply clutch boobs as if on a latter-day Vanity Fair cover); production numbers like “The Rape of the Rhapsody” (the “rape” being Duke Ellington’s “colored” jazz musicians and dancers invading a classical orchestra with something called “Ebony Rhapsody” — until a white gangster jokingly machine-guns them all down); plus sexual humor so blunt that Jack Oakie ends the film telling a giggly blonde “Come on, let’s do it,” meaning exactly what you think.

On the side of the angels — definitely for losers here — there are numerous horrible songs (excepting standard “Cocktails for Two”), gag-inducingly sweet romantic leads, and kitschy-great ideas like having stage impresario Earl Carroll’s patented “Most Beautiful Girls in the World” pose en masse as tropical waves and cosmetics products. Representing Satan and evening gown-wearing pot smokers everywhere is villainous Gertrude Michael, who infamously sings torch song “Sweet Marijuana.” Michael was an elegant stage and radio star whose own recreational taste leaned more toward cocktails for one. Indeed, she was fictionalized as the hard-drinking love object in one-time lover Paul Cain’s 1932 novel Fast One, an early classic of hard boiled American pulp.

Saving the sleaziest for last, the series will truly flabber your gast with its closer. Normally prim MGM found itself reviled in early 1932 with the fleeting release of Tod Browning’s Freaks (playing the Roxie March 3), a much-misunderstood, now celebrated fable starring actual circus sideshow performers. It was considered so grotesque and unsettling that Freaks was banned in many areas — Britain didn’t see it until 1963.

Yet there’s no evidence of any similar backlash to the infinitely scuzzier Kongo, unleashed by Metro a few months later. A remake of Browning’s 1928 Lon Chaney vehicle West of Zanzibar, it stars Walter Huston as wheelchair-bound “Deadlegs” Flint. He’s used cheap magic tricks to appoint himself fearsome white-man “god” amongst spear-carrying tribesmen in a “dunghill” African outpost, all part of an elaborate, insidious plan to wreak vengeance on the rival who stole his wife and health long ago.

What this revenge eventually encompasses reads like a list of nearly everything the Production Code would soon bar from the screen: depicted or suggested drug addiction, alcoholism, prostitution, rape, sadism, and a convent-bred ingénue (Virginia Bruce) recalling “hot hairy hands pawing and mauling” her unwilling virginal body. Not to mention human sacrifice and a unique substance abuse “cure” using leeches.

One can almost hear the censuring voice of Will Hays, the Code’s original enforcer, when one character tells Deadlegs “The swamp’s wholesome compared to you!” It would arguably be 40 years before MGM distributed another movie so flagrantly perverse — and even then the studio was so ashamed they put it (Paul Bartel’s 1972 Private Parts) out under a fake subsidiary’s auspices.

HOLLYWOOD BEFORE THE CODE: NASTY-ASS FILMS FOR A NASTY-ASS WORLD!