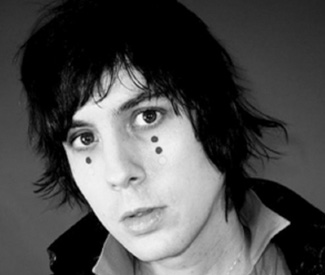 NOISE POP It’s been a few months since I’ve seen Nicolas Winding Refn’s Drive, and while many have dedicated countless hours selflessly contributing to the Ryan Gosling meme, which continues to grow and mutate like an uncontained bacterial infection, I’m still utterly and helplessly seduced by the score.

Allow me to draw a rash conclusion in the limited space allotted: Few films have coalesced around a form of sound as succinctly as Drive. On the one hand, the melancholy synth-pop music magnetizes the sense of nostalgia that saturates the film in a mythically neon Los Angeles of the 1980s, or the sprawl imagined in ’50s noir. On the other hand, the score motivates the emotional awakening of a lonely Gosling stricken by an unfolding love for his neighbor of angelic innocence.

What emerges from this tension between loss and erotics parallels none other than Vangelis’ extraordinary dystopian soundtrack for Bladerunner (1982). Through some kind of alchemical dissimulation, currents of machine generated sonic particles make visceral a disturbance within the dream distributed by Hollywood — a disturbance that nevertheless satisfies waves of desire as much as it unsettles.

Although Drive‘s score owes much to Cliff Martinez’s stark drum programming and warm synthetic melodies, some of the most arresting moments are due to Desire’s “Under Your Spell” and the Chromatics’ “Tick of the Clock.” Both songs belong to the musical vision of Johnny Jewel, a tireless producer also behind the Portland group of night stalkers, Glass Candy, and in general, much of the output from the Euro disco revivalist imprint, Italians Do It Better.

If you’re like me, and fiended for more Jewel after stumbling out of the theater under the spell, then you might have come across a few online interviews regarding his own mysteriously scrapped soundtrack for the film, encrypted with announcements for an unspecified future release date.

Then, just at the end of last year, 37 songs comprising nearly two hours of cinematic music quietly appeared like a gift from the void, under the appropriately vague title Symmetry / Themes for an Imaginary Film. The official statement in the press blurb insists, however, that this is not the allegedly trashed Drive score. Instead, it consists of a series of abstract experiments culled over the past three years from Jewel and partner Nat Walker on tone, mood, and structure, stripped of the lyrical motifs and pop formulas that tend to mark their signature work.

I have to admit I’m not entirely convinced by this back-story, but for all listening purposes, it doesn’t much matter. Symmetry draws on the same affective narrative underpinning Drive: As soon as a sense of artificial enclosure reaches the limit of relentless claustrophobia, a rupture slowly deflates from within, without any grand arrival or explosion. And while we may feel the euphoria of its release, the anticipation of an event ever more devastating to come, still crawls wonderfully under our flesh. *

GLASS CANDY, AND THE CHROMATICS