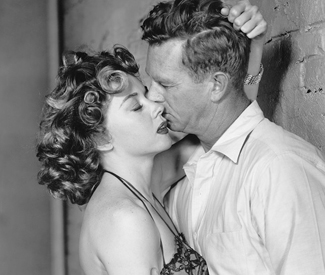 FILM Rooney Mara’s chalk-complected cyberpunk Lisbeth Salander is one of the more fearsome and curious creatures to stalk across movie screens in recent memory, her freak genius and impassive veneer concealing deep reservoirs of pain and rage — and also desire. Cold and distant to the extreme, Salander makes for an odd duck of a femme fatale to disgraced journalist Mikael Blomkvist’s accidental gumshoe.

And yet, as many a reviewer has commented of David Fincher’s The Girl With the Dragon Tattoo (2011), the camera spends plenty of time surveying Mara’s naked body as she takes down Sweden’s patriarchal-industrial complex one misogynist at a time. Salander might be more leather than lace, but like many femme fatales before her she flickers (albeit far more unsteadily than her forbearers) between being an object to be desired and a force to be reckoned with.

If it is perhaps something of a stretch to claim that the dame-heavy titles at this year’s Noir City offer a tour of the more distant branches of Salander’s genealogy, at the very least, the gallery of black widows and Jezebels-in-disguise Eddie Muller has assembled for the festival’s tenth go-round offer a pointed lesson in how hard it has been for Hollywood, tattoos and mad hacking skills aside, to shake its old regimes of visual pleasure.

Something of Salander’s icy remove is detectable in mid-1960s Angie Dickinson, who will be feted and interviewed in person at a double bill of two of her best: The Killers (1964) and Point Blank (1967). Whereas Ava Gardner simmered her way through Robert Siodmak’s 1948 adaptation of Ernest Hemingway’s short story, the temperature of Dickinson’s Killers mob girl is harder to take in Don Siegel’s remarkably brutal remake: a Monroe in harsher lines with nothing of the little girl lost about her. So too in Point Blank —which re-teams Dickinson with her Killers costar Lee Marvin — does she put up a good fight, even as she brandishes her sexuality like a semi-automatic.

You can add Bedelia — writer Vera Caspary’s lesser-known 1945 follow-up to her convoluted 1943 novel Laura — to the canonical list of first-name-basis sirens (also in Noir City X: 1946’s Gilda and the 1944 film version of Laura). Bedelia‘s titular heroine was touted on an early cover of the 1945 book that inspired the 1946 film (for which Caspary also wrote the screenplay) as “the wickedest woman who ever loved,” a title more than lived up to by Margaret Lockwood’s performance as the small-town temptress.

That description also fits one of noir’s finest leading ladies, Gloria Grahame, who — as always when cast as the bad girl — makes damaged goods look damn fine. In Naked Alibi (1954), she plays a border town torch singer caught in an abusive relationship with a fugitive on the run. Beverly Michaels, on the other hand, is simply damaged (but no less a joy to watch) as the bullet bra-brandishing beauty trying to off her husband for money in Hugo Haas’ sleazoid rarity Pickup (1951).

In keeping with the Pacific Film Archive’s unofficial late-January tradition of running complimentary programming during Noir City, a retrospective of the films of French suspense auteur Henri-Georges Clouzot offers a more nuanced gloss on noir’s troubled women. Simone Signoret and Clouzot’s own wife, Véra, deliver a master class in how to simultaneously do and be undone by a dirty deed in Diabolique (1955). Perhaps more apropos to the dragon-tattooed girl is Clouzot’s final feature Woman in Chains (1968), which, much like Michael Powell’s tour de force Peeping Tom (1960), lays bare the operations of cinema’s gendered voyeurism by having the kinky Josée (Elisabeth Wiener) turning the gaze back on both her artist boyfriend and the amateur pornographer who covets her — a reversal that Clouzot formally mirrors in the film’s electric finale. Though she might not show it, I think Lisbeth Salander would be pleased.

“HENRI-GEORGES CLOUZOT: THE CINEMA OF DISENCHANTMENT”