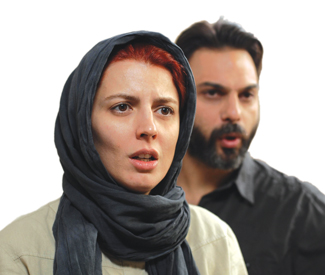 FILM Like the Olympics, albeit on a less rigid schedule, the perceived hotspot for evolving cinematic art tends to migrate every few years. Recently we’ve seen the likes of Romania and South Korea thrust into that rarefied limelight, just as decades earlier it had been Italy, France, Japan, or Sweden. Their moment usually occurs when a new generation of filmmakers with shared stylistic and/or political concerns impact as a collective force, reinvigorating the national cinema while making a splash on the international festival and art house circuits.

Iran has had a particularly long vogue, one that officially commenced with Abbas Kiarostami’s Where is the Friend’s Home? in 1987 and has only ebbed slightly in the quarter-century since. Contextualized by knowledge of the difficulties their makers have experienced enduring censorship and even imprisonment under the Islamic Republic’s strictures on free expression, it’s hard not to admire the rigor and range of their work — even if by the same token, expressing ambivalence toward it becomes a political and intellectual faux pas seldom allowed in polite circles. Partly to circumvent the censors, Iranian directors (excluding those making seldom-exported lighter entertainments intended solely for domestic audiences) have leaned heavily toward neo-realist poverty dramas, obtuse minimalist poetics, and stories about those typically least-objectionable protagonists, children. Only a philistine would say that many of these movies might reasonably strike a viewer as aridly uninvolving, tedious, or too precious. But there, I just said it.

Therefore it’s especially rewarding — even more so when fellow award magnets like 2011’s The Tree of Life and Melancholia are so aesthetically elaborate yet amorphous in narrative shape — to have an Iranian film like A Separation, which is both clear and complex in ways most directly connected to audience engagement. The country’s first movie to win Berlin’s Golden Bear (as well as all its acting awards), this domestic drama reflecting a larger socio-political backdrop is subtly well-crafted on all levels, but most of all demonstrates the unbeatable virtue of having an intricately balanced, reality-grounded screenplay — director Asghar Farhadi’s own — as bedrock.

A sort of confrontational impartiality is introduced immediately, as our protagonists Nader (Peyman Moadi) and Simin (Leila Hatami) face the camera — or rather the court magistrate — to plead their separate cases in her filing for divorce, which he opposes. We gradually learn that their 14-year wedlock isn’t really irreparable, the feelings between them not entirely hostile. The roadblock is that Simin has finally gotten permission to move abroad, a chance she thinks she must seize for the sake of their daughter, Termeh (Sarina Farhadi). But Nader doesn’t want to leave the country — for one thing, his senile father (Ali-Asghar Shahbazi) can hardly be uprooted — and is not about to let his only child go without him.

Unconvinced of the necessity of Simin’s argument, the judge refuses to grant a divorce, after which she moves into her mother’s house. While seeing both parents (and being the only party aware that both of them are basically waiting for the other to “come to their senses” and reconcile), Termeh stays at home with dad, who is quickly overwhelmed by having to care for grandpa. To pick up the slack he hires Razieh (Sareh Bayat), who desperately needs the income as her husband Hodjat (Shahab Hosseini) is unemployed. Yet she’s afraid to tell the latter about this job, and fears that it might violate their strict religious observances prove well-founded when what was billed as a simple housekeeping job instead proves much more suited to a nurse inured toward patient nudity and bodily fluids. Worse, her apparent abandonment of duty provokes an argument with Nader that drags all concerned into another, potentially much more serious court battle.

Farhadi worked in theater before moving into films a decade ago. His close attention to character and performance (developed over several weeks’ pre production rehearsal) has the acuity sported by contemporary playwrights like Kenneth Lonergan and Theresa Rebeck, fitted to a distinctly cinematic urgency of pace and image. None of the protagonists would likely consider themselves highly political. Yet the class differences and overlapping pressures experienced by both the white- and blue-collar couples here reveal a great deal about how a fissuring system is failing ordinary citizens, whether governmentally, economically, or ideologically.

There are moments that risk pushing plot mechanizations too far, and the use of both families’ children (esp. the director’s daughter, who looks of voting age while playing an 11-year-old) as silent, accusatory watchers of adult folly borders on cliché. But A Separation pulls off something very intricate with deceptive simplicity, offering a sort of integrated Rashomon (1950) in which every participant’s viewpoint as the wronged party is right — yet in conflict with every other. The escalating tensions that result pull you toward a resolution that might bang or whimper, but even there Farhadi springs the kind of high-wire trick that might seem pretentious or a cop-out in any film less exacting in its juggling act.