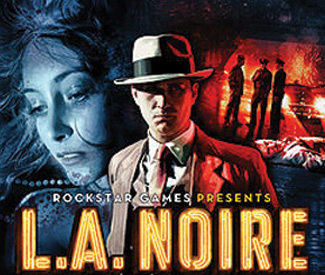 YEAR IN GAMER One of the most exciting release windows in recent memory, this year’s fall gaming onslaught is officially behind us. And while most gamers are quick to rank the marquee experiences — battling dragons (The Elder Scrolls V: Skyrim), thwarting diabolical clowns (Batman: Arkham City), and riding giant birds in a green tunic (The Legend of Zelda: The Skyward Sword), it’s only when you approach the bottom half of a critic’s top 10 that the real debate begins.

So let’s skip ahead, past Uncharted 3 and Portal 2, which round out the established top five games of the year, and delve into the bottom half of the top 10. Any one of the following games might have taken home top honors in years past. As it stands, you may have overlooked one or two. And that’s what Christmas is for.

2D platforming in 2011 takes place in one of two venues: the games marketplace, like PSN or XBLA, or on your phone. Rayman Origins‘ greatest disadvantage is that it looks like something you can get on your phone for a buck but it costs full price. Don’t be fooled, a dollar will never get you as much content as you’ll find in Rayman, with its more than 60 levels of hand-drawn animation, four-player co-op, and star limbless thingamajig. Rayman isn’t just a re-skinned Mario; it’s a brighter, sillier and more rhythm-based experience than the Italian plumber, with a similar level of polish.

It feels strange to be recommending a game that I’m often too afraid to play. Dark Souls is a brutal action RPG wherein you play a sort of zombie that most enemies can kill with a single hit. Save points are sparse and taking a break respawns any enemies that you might have killed already. (If you’re an old-school gamer, you’re screaming “all games used to be like this!”) Dark Souls employs an amazing level design that intricately connects its diverse dungeons and features a unique multiplayer system that allows other players to either leave tips for you or invade your game and make life even harder. You know that snotty friend who says today’s games are too easy or too much like movies? Get him this game.

Dismissed by some as a hackneyed attempt to marry Rockstar Games’ Grand Theft Auto with a point and click adventure, L.A. Noire may not be the perfect joining of genres we all hoped it would be, but it’s a wonderful homage for aficionados of 1940s crime movies. A sordid tale of an ex-Marine turned policeman rising through the ranks of the LAPD, L.A. Noire is well paced and acted, with a fully fleshed-out story — which can be hard to find in video games. Though it ultimately made more headlines for the developers’ harsh working environment, L.A. Noire remains a unique and expansive take on an under-represented genre.

9. Driver San Francisco Do you like driving fast cars but find yourself overwhelmed with the intricacies of real-life simulations? More racing games are contextualizing their in-game courses with a bit of drama and back story, and Driver San Francisco takes the cake when it comes to unique storytelling. You play an SF cop in a coma who can enter the bodies of other drivers on the road and drive like a maniac without consequence. He uses this amazing power to help teenagers win street races, freak out driver’s ed instructors and save the city from a terrorist attack that may or may not exist at all. Driver SF is less than polished, and local residents will notice some discrepancies in the city’s geography, but for pure entertainment few games take risks like these.

After a bit of an embarrassing year for Nintendo, and the 3DS in particular, Super Mario 3D Land marks the first game to make the troubled console truly worth owning. A jump-in-and-play good time, Mario 3D highlights both the 2D platforming of New Super Mario Bros. and the fluid 3D exploration of Mario Galaxy, creating something that’s more than a throwback, it’s a refinement of everything that makes the 25-year franchise so popular. It’s not innovative enough to be worth buying a 3DS for, but early adopters finally have a game to call their own.