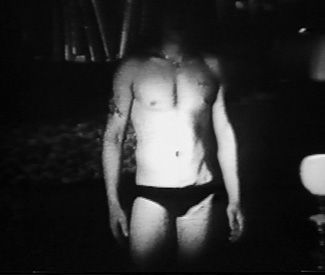 FILM Longtime San Francisco resident George Kuchar’s death this September was a reminder of how many had been influenced by his loveably eccentric movies, from famous early fans like Andy Warhol and John Waters to the hundreds of students who passed through his San Francisco Art Institute courses over the decades. Among the latter, for a long time his most famous protégé — at least locally — was Curt McDowell, who started out as a teacher’s pet, moved on to heavy petting with teacher, and remained close to Kuchar as both friend and collaborator until his own AIDS-related demise in 1987.

George Kuchar’s half-century-plus output was always joyfully accessible “avant-garde” cinema, its mixture of the personal and the purple drawing on the conventions of those Hollywood melodramas he and brother Mike (who’s taking over George’s teaching responsibilities at SFAI) grew up watching in the 1950s Bronx. His films’ popularity was perhaps most hindered by the simple fact that he only felt moved to direct something in the more marketable feature length form once — 1973’s The Devil’s Cleavage.

McDowell’s films, often heavily influenced by George Kuchar’s (even when the latter wasn’t operating as scenarist and actor on them), also had a wide streak of camp parody, a Warholian mini-constellation of “stars,” a vivid aesthetic, and impulse toward autobiography. They were much more aggressively sexual, and ambitious — during his much-too-short career he made no less than four features, two of which were porn in the graphic-content if not commercial sense. The hour-long Peed in the Wind (1972), the same year’s Lunch, and 1985’s very-long-in-the-making Sparkle’s Tavern are basically forgotten now, the last not screened in the Bay Area for at least a decade, the others possibly unseen since the 1970s.

Thundercrack! (1975) — an even more daft shot at “adult” cinema than the experimental-minded Lunch — is better known, having had at least the beginnings of a midnight movie cult following. But with all its baroque, still-singular The Old Dark House (1932) meets Tennessee Williams charms (there is surely no other porn flick remotely like it), why isn’t it now as well known as, say, Pink Flamingos (1972) or Eraserhead (1977)? Part of that doubtless has to do with the disarray McDowell’s body of work has been in, access-wise, for nearly 25 years now. Some of his films are distributed by (but seldom rented from) Canyon Cinema. Others are in storage, or presumed lost. Nothing is available on DVD, and any videotapes have long gone out of print. Whether this is due to strife, disorganization, or financial limitations among the guardians of his trust remains as murky as it was in the 1990s, when the last, brief issue of Thundercrack! and some shorts on VHS occurred.

Thus, it’s sadly rare to get a McDowell program even here in SF, where his memory should flourish rather than be slowly slipping from public awareness. Just such an occasion arrives this week at the Roxie — co-founded by his longtime creative and domestic partner, Robert Evans — as two shows spread over three days reprise some (relatively) familiar as well as barely-seen material.

The main attraction, as well as the scarcest, is 1980’s 55-minute Taboo (The Single and the LP), which will be shown on projected VHS due to a typical bad-luck hurdle: its original materials, plus those for other films, were sent to New York’s Museum of Modern Art years ago, only to go missing in transit.

While McDowell often echoed George Kuchar’s use of narrative more as an erratic reference point than a rule to follow, Taboo has an unusually abstract relation to story even by his standards, at least those of his longer works. Purportedly crafted over four years — his output slowed considerably after Evans had replaced the incredibly prolific Kuchar as boyfriend — it has buxom, blonde-bewigged sis Melinda McDowell, recently departed Thundercrack! mad diva Marion Eaton, and a glowering Kuchar as three parts of a tempestuous two-couple marital equation variously simmering with unmet desire and boiling over with orgiastic excess.

But it’s the fourth player who dominates the filmmaker’s attention. One of his numerous onscreen Joe Dallesandros, but evidently a source of particular longtime obsession, Fahed (a.k.a. David) Martha hailed from a Palestinian family that owned the grocery store next to the Roxie; his petite yet muscle-bound Sal Mineo-like appeal piqued McDowell, who didn’t mind the frequent presence of an equally young girlfriend. (In fact, he freely admitted “really getting turned on by straight men.”) Throughout Taboo‘s mix of the poetical and camp, the black and white camera salivates over this nearly-naked Adonis’ body and cocky attitude; in turn, he displays an exhibitionist zeal he probably didn’t know he had in him. A producer here and close friend, former Castro Theatre programmer and current San Francisco Silent Film Festival artistic director Anita Monga says McDowell “just saw the deep sexual beauty in everyone,” turning them on with the sheer voracity of his admiring gaze.

In one of the shorts the Roxie is showing in a separate program, 1972’s Confessions, McDowell interviews friends and lovers, asking them to describe his best and worst qualities. Perhaps straddling both, one confides “You’ve always had this energy, it’s like an explosion. I think when people see your films they have to understand, like, sex. It seems like you need so much more sex than other people.” A satyr-like omnivorous seduction and insatiability still sweats off many of his films as if through pores, most notoriously 1985’s Loads (a Dionysian compilation of guys he’d lured up to masturbate and service in his Mission studio).

McDowell was a happily self-corrupted transplant from the Heartland (with typical alliterative flair, Kuchar called him “curt, cute, controversial, and not celibate … poet of the plebeian and perverse”); he enjoyed shocking the staid society left behind — 1970’s A Visit to Indiana is his amusingly sulky chronicle of a most reluctant trip home.

Also on the Roxie bill are such examples of pure, impish silliness as 1972’s Siamese Twin Pin Heads, a short perhaps dated by a “look ma, we’re naked!” glee that looked a lot more rebellious back then. But 1973’s Boggy Depot is a homemade musical anticipating Thundercrack!‘s puppet theater-Gothic look. Its variously scheming and schemed-against protagonists trill their ridiculous operetta-style lyrics to found orchestral tracks. This is one McDowell film in which people keep their pants on, but these 17 sublime minutes are orgasmically pleasurable nonetheless.