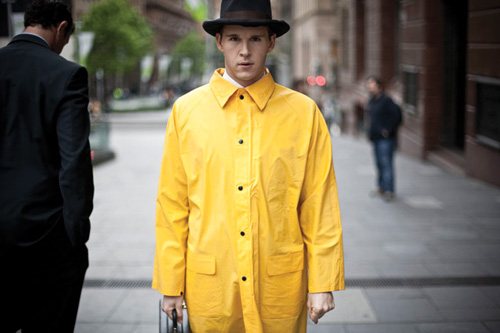 FILM Unless you’re between the ages of approximately 8 and 16 (mental as well as actual years applicable), it’s been difficult to avoid a serious case of superhero fatigue at the movies lately. If a particular weekend doesn’t bring yet another comic book to life at several thousand multiplex screens near you, it’s providing the same favor to a toy, video game, or some pre-existing movie franchise that might as well have originated from one of the above.

They’re always pretty much the same: some interchangeable lead actor who’s done a million crunches; some leading lady for whom this is either slumming (Gwyneth Paltrow) or a likely career zenith (Megan Fox); some interesting actors doing some of their least interesting work — but still stealing scenes — as villains, scientists, police chiefs, etc. The same CGI depicting the impossible so easily (if expensively) that the amazing has thoroughly ceased to amaze — one actor doing a back flip sans cutaways is now worth a passel of dinosaurs, morphing thespians, and cities under space attack.

These movies can only be so good or surprising or idiosyncratic (no matter what "unconventional" director gets assigned them) because they cost so much to make and market that no major deviation from formula is allowed. Yes, 2008’s The Dark Knight was very good. But in 50 years, Citizen Kane will still be Citizen Kane. Knight will be the equivalent of Errol Flynn’s The Adventures of Robin Hood (1938) — a popcorn flick still skillful enough to be enjoyed, but hardly exalted.

Even superhero spoofs have gotten kinda old, not that there’s been one that did the job half as well as, say, Hot Fuzz (2007) sent up Michael Bay-type awesome-but-not-quite-super heroics. (If Edgar Wright himself couldn’t quite nail it with 2010’s Scott Pilgrim vs. the World, maybe nobody will.) Still, folks keep trying to tweak the formula, searching for ways to ride its coattails while doing something different, deeper, or at least cheaper.

The latest, Griff the Invisible, hails from Australia — but unlike most Australian movies, this one could have come from anywhere. In fact, it already has, in that the Woody Harrelson’s underseen 2009 Defendor (from Canada), 2010’s Super (from the U.S.) with Rainn Wilson, and doubtless others already forgotten have previously trod the delusional-loser-thinks-he’s BlahBlahMan concept. None of these are spoofs so much as dramedies. When you’re dealing with insanity and imaginary superpowers in a fairly serious, analyst’s-couch way, being adequate really isn’t good enough. Griff is adequate.

True Blood himbo Ryan Kwanten keeps his shirt on as Griff, a cubicle-working nonentity whose handsome-actor-trying-to-look-dweeby (but not too hard) Clark Kent act practically screams "I’VE GOT A SECRET LIFE NONE OF YOU KNOW ABOUT!!!" Indeed, he moonlights as a mysterious crime fighter in black rubber gear yea more fetishy than the Marvel norm. Trouble is, the victims he rescues seem as scared of him as their attackers, and the police are looking for this vigilante freak. Also concerned is Griff’s brother Tim (Patrick Brammall), who’s moved to Sydney from Adelaide to keep an eye on this sibling with no social skills and a history of acting out grandiose fantasies.

Coping with bad guys by night and one specific dickhead (Toby Schmitz as a smug workplace bully) by day, Griff is reluctantly introduced to Tim’s new possible girlfriend Melody (Maeve Dermody), with whom he has more in common than bro does. He’s working on an invisibility formula; she on something involving atoms and walking through walls. Perceiving a kindred soul, Melody labors to become Griff’s unwanted sidekick and co-conspirator.

Actor turned writer-director Leon Ford’s first feature is professionally executed but not very special, let alone super, in ideas or action. It doesn’t really have a perspective on superherodom — at least none you haven’t seen before — or mental illness, or even on which condition our protagonists truly suffer from. (The ending kinda fudges the question.) It aims for Sweet and Charming, lands at Sorta Kinda.

The routine bombast of regular superhero movies has been overexposed, but as an alternative flavor so has a certain creepy indie seriocomedy cuteness. Just recently we’ve had the fey, overly pettable likes of Beginners (2010) and The Future, with Gus Van Sant’s even more cloying Restless up next. Griff the Invisible is less irksome for having less overbearing "personality." But it’s still just another self-consciously quirky romance between contrived misfits that congratulates the audience for enjoying a plate of nutmeg chervil Hollandaise sauce rather than the usual overcooked hamburger. Either way, you’re going to wish you’d ordered something else.