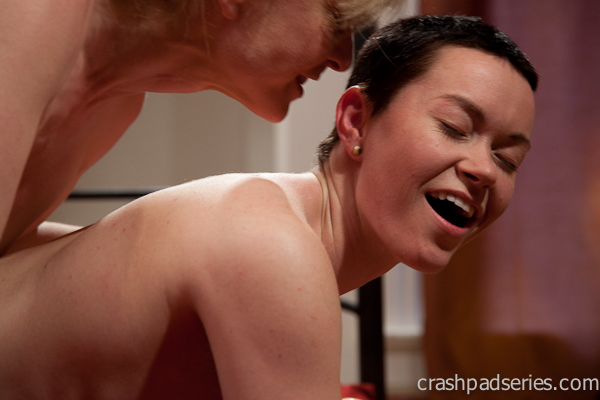 In honor of the show’s big birthday, The Guardian asked some of the Crash Pad’s regular performers to put-out and offer up their favorite San Francisco pleasures.

SFBG: Name 5 things in San Francisco that turn you on.

SFBG: What 4 places in the Bay would make hot Crash Pad field-trip episodes?

Scarlett Chaos: Dolores Park, the Lex, [somewhere with] the Golden Gate bridge in the background, the pier, the Armory.

Madison Young: The Lexington, Wicked Grounds, the Center for Sex and Culture, and Mojo Café.

SFBG: Who are 3 of the sexiest San Franciscans you know?

SFBG: Where are 2 great places for outdoor sex in the Bay?

Syd Blakovich: Sutro Baths and handjobs on the F line from Fisherman’s Wharf to the Castro.

Kitty Stryker: I love having sex on top of Twin Peaks looking out over the city! Tilden Park is nice for foresty fun.

Tristan Crane: On the rooftop of our apartment buildings, in the middle of Folsom Street during the street fair. Sort of dirty, but also a rite of passage.

SFBG: If San Francisco had a signature sex position or kind of play, what would it be?