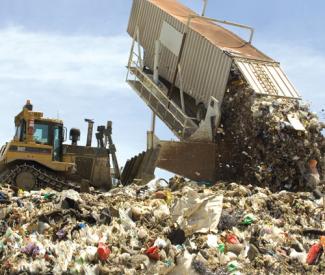 Last weekend, I tried to review online the details of the landfill disposal and facilitation agreements with Recology that the Board’s Budget & Finance committee votes on Wednesday, July 20, (assuming Waste Management’s petition for a writ of mandate doesn’t throw a monkey wrench into the committee’s scheduled vote on those agreements. And when I finally got to view the agreements in person, they raised a number of questions.

(WM has asked the Superior Court to issue a temporary, preliminary and permanent injunction, immediately enjoining the City and Recology from conducting any further action in connection with those agreements, including finally awarding them to Recology, and requiring the City to set aside and vacate the agreements, based on the grounds that they were not procured in accordance with the City’s competitive procurement laws. But as of press time, the City Attorney’s office had not issued any statement leading me to conclude that the hearing will proceed as planned.)

As it happens, my online research was thwarted by the fact that not all of the details in the proposed agreement with Recology are available electronically. So, on Monday I headed to City Hall. And I spent most of the day in the Clerk of the Board’s office, where I reviewed a) the contract language, b) the history of how the Recology was tentatively awarded the 10-year landfill disposal contract by the Department of the Environment, c) how Waste Management has been complaining ever since about what it perceives to be the unfair process whereby Recology was also awarded the city’s facilitation agreement, which governs how San Francisco’s waste would be hauled to the landfill, and d) why the Budget and Legislative Analyst recommended that the Board consider submitting a proposition to the voters to repeal the city’s 1932 refuse ordinance so future refuse collection and transportation services would be awarded under the city’s normal competitive bidding process, and require that refuse collection rates for residential and commercial services be henceforth subject to Board approval.

Heading into tomorrow’s hearing at 10 a.m, the Board has still not submitted any such ordinance (So, here are some of the questions that came up as a result of my research that I would like to learn more about before the committee takes its vote.

The landfill disposal agreement grants the city the right to deposit at Recology’s Ostrom Road landfill in Wheatland, Yuba County, all solid waste collected in San Francisco until Dec. 31, 2025, or until 5 million tons has been deposited. But according to the landfill disposal agreement’s Appendix B, which cites the city’s landfill disposal targets, San Francisco is projected to produce 2.4 million tons of trash between now and 2019, with zero waste projected for 2020. That got me wondering why get San Francisco ratepayers paying $10 million for the construction of a rail spur in Yuba County that would only get a few years heavy use, if these estimates are indeed accurate?

According to the landfill agreement, the commencement date, when all or substantially all of the city’s solid waste is first accepted, may not be later than January 1, 2019. But according to the agreement’s Appendix B, San Francisco has an annual disposal target of 36, 614 tons in 2019, and zero waste in 2020. So are those figures just pie in the sky? And if so, is San Francisco’s claim to be the “greenest city in the U.S.” a tad overblown? Or is an independent agency like Cal ReCycle auditing these claims?

3. Oops. Are we about to authorize a $10-million annual slush fund?

Last year, the city held a hearing to consider plans to reallocate 1.3 percent of its ratepayers’ overall refuse rates that previously went to a special reserve fund that then contained $28 million, and that was initially created as a result of the city’s 1987 facilitation agreement to cover extraordinary costs associated with WM’s Altamont landfill and hazardous waste control and disposal.

There are still several years to go at Altamont (see number 1), but last fall, the Rate Board, which consisted of then City Administrator (and now mayor) Ed Lee, Deputy City Controller Monique Zmuda and SFPUC director Ed Harrington, voted 3-0 to authorize the Director of Public Works to reallocate the 1.3 percent billing surcharge to an impound account to offset DPW’s recycling and waste management costs for the period of July 1, 2010 to September 30, 2011.

“The change will not affect the monthly rate charged for residential collection service and the reallocation will be reviewed as part of the public process to review and update refuse rates, expected to take place in 2011 or 2012,” DPW’s website stated. “The city is proposing these changes to help meet San Francisco’s goal of diverting 75 percent of its waste from landfills by 2010 and to achieve zero waste by 2020.” (See number 2 in my list.)

The city also noted the need for a public hearing to discuss the special reserve fund and its uses, before September 30, 2011 (which is 10 weeks away). But to date, there appears not to have been any such hearing. Meanwhile, the city’s proposed amended facilitation agreement with Recology mentions establishing another special reserve fund, for no less than $10 million, this time funded from a one percent surcharge on all waste delivered to Recology’s transfer station, landfill and back-up landfill.

And the agreement stipulates that Recology may draw upon the reserve fund “from time to time” to reimburse costs that have or will be incurred by Recology, but have not yet been fully reimbursed, (“e.g. because a corresponding adjustment in rates has not yet taken effect, or has taken effect but has not yet been fully reimbursed.”) Such costs include all fees and penalties, including the $10 million cost of constructing a new rail spur and facility in Yuba County that Recology could become liable for if the city breaches the landfill disposal contract, or there is a delay in the contract’s commencement date.

So, does this mean that Recology will potentially have access to an additional $10 million a year for a decade, in addition to its guaranteed $200 million-a-year from the rest of the city’s collection, consolidation, transfer and composting non-biddable agreements? And does that inflate the worth of Recology’s landfill disposal and facilitation agreements by an additional $100 million?

4. Why isn’t the business related to San Francisco’s mandatory composting ordinance put out to bid, since our organics appear to be processed in Vacaville?

In the city’s master file on the disposal and facilitation agreements, I came across the following figures related to the carbon footprint of the city’s proposed rail tranportation plan: in 2008, an estimated 471, 551 tons of San Francisco material were trucked to Waste Management’s Altamont landfill. And 140,213 tons were hauled to the Hay Road landfill in Vacaville of which 105,704 tons were composted, and the remaining 34,509 tons were used as alternative daily cover.

Moving forward, the proposed plan is to rail transport the city’s annual tonnage to Recology’s Ostrom Road landfill for disposal, organics processing and alternative daily cover, and transport some of the organics for digestion by the East Bay Municipal Utility District. What’s less clear is the value of the city’s mandatory composting ordinance from a business perspective, how it came to fall under Recology’s monopoly, given that it’s being processed outside city limits, and whether the organics hauling was factored into DoE’s “green” equation, when evaluating landfill disposal proposals, and Recology’s facilitation agreement?

5. Has WM actually acquired a temporary writ and if so, what does this mean for any vote that the Board subcommittee takes on the proposed agreements? Neither the City Attorney’s Office nor WM’s attorneys got back to me with an answer to this question, as of press time, but it would be good to clear this question up before the voting begins tomorrow.

I have more questions which I hope Sups. Carmen Chu, Jane Kim and Ross Mirkarimi, who sit on the Board’s Budget & Finance sub-Committee, will drill into tomorrow, but either way, stay tuned as we approach what promises to be an educational vote tomorrow, one way or another….