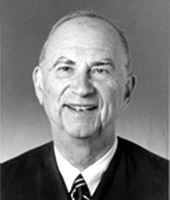 Who knew that a bunch of garbage could get a taxpayer watchdog like former supe/state senator/judge Quentin Kopp threatening not to endorse Public Defender Jeff Adachi’s pension reform initiative? But that’s what happened according to Kopp, who adds that he was “personally insulted’ by a signature gatherer outside the West Portal post office last week, after he struck his name from a petition he had signed in support of Public Defender Jeff Adachi’s pension reform measure.

Adachi, who has reportedly been paying up to $5 per signature, also came under fire this week from opponents of his measure, who are threatening legal action after an undercover video showed four signature gatherers for Adachi’s measure soliciting signatures while making misleading statements about the proposal.

But this misbehavior had not been made public when Kopp encountered a signature gatherer last Friday, who asked if he would sign the Adachi petition. “I wrote my name and has just started to print it, when he said, how do you feel about Recology?” recalled Kopp, who is backing a ballot initiative that would require competitive bidding and hundreds of millions of dollars in franchise fees from firms who seek to win San Francisco’s garbage collection and recycling contract.

As such, Kopp’s initiative threatens to up-end the terms of an 80-year old charter amendment that resulted in Recology (formerly Norcal Waste Systems) gaining a contractless monopoly on San Francisco’s $226 million-a-year garbage and recycling stream.

When Kopp asked the signature gatherer, who identified himself as Tim McArdle, why he was asking about Recology, McArdle said he had another petition on hand, which referred to the allegedly satisfactory service that Recology is providing.

At which point, Kopp began to strike his name from Adachi’s $5-a pop petition. McArdle allegedly interrupted, saying, “No, that’s not the same petition as Recology’s.” And when Kopp kept scratching out his name, McArdle allegedly began swearing at him, even allegedly employing the time-honored F-word. “A woman walked by and was shocked,” Kopp said.(So far the Guardian has been unable to locate McArdle, but when we do, we’ll be sure to update this post.)

When McArdle grabbed back his clipboard, Kopp said he was able to see that on its backside was what Kopp describes as ‘Recology’s phony petition.”

So, why is Kopp so repulsed by Recology? According to Kopp. Recology recently signed up the city’s top signature-gathering firms to work on their petition thereby preventing Kopp and his associates from hiring these firms to collect signatures for his competitive bidding initiative. “And they are doing so from our rates, the money we pay, its legalized misappropriation of our money,” Kopp claimed

So far, it seems as if Recology’s strategy is paying off, at least in the short term. This week, sponsors of the competitive bidding initiative announced that they will turn in their signatures by December 11 to qualify their measure for the June 2012 ballot—and not their original target of November 2011.

Their decision followed less than three weeks of signature-gathering, a tight squeeze that occured, in part, because the City Attorney’s Office  took the full 15 days allowed by law to review the language of the Kopp initiative, which was first submitted June 3.

Even so, and despite an extensive Recology-financed media campaign that included push polls and network and cable TV ads against competitive bidding,  proponents and volunteers with Kopp’s campaign managed to gather the 7,168 signatures they needed to qualify his initiative by the city’s July 11 deadline for submitting petitions for the November election. But some signatures could prove invalid, hence the decision to delay the competitive bidding initiative until June.

And the Guardian learned today that the Board’s Budget and Finance Committee has scheduled a July 20 hearing on whether to award Recology the city’s $11 million-a-year landfill disposal contract, with the full Board set to vote on the issue on July 26 and August 2. In other words, the Board is rushing to make a decision on the landfill, which would further consolidate Recology’s monopoly on the city’s waste stream, before the Board’s summer recess.

The Guardian has also learned that the Budget and Finance Committee will hear a resolution July 20 concerning Recology’s existing agreement with the city over garbage. Rumors are swirling that this hearing will allow Sup. Ross Mirkarimi, who sits on the committee, is running for sheriff and has allegedly been meeting with Mayor Ed Lee and Recology president and CEO Mike Sangiacomo behind closed doors, to insert a clause to allow for the payment of a $4 million franchise fee. But insiders assure the Guardian that Mirkarimi has no such plans, although Mirkarimi himself could not be reached.

Either way, as Kopp points out, the alleged proposed $4 million fee would only amount to 2 percent of Recology’s annual revenue from San Francisco ratepayers. ‘That’s almost an insult,” Kopp said, noting that Oakland, whose population is 340,000, (42 percent of San Francisco’s daytime population) gets a franchise fee of $30 million.

Now, in a recent report to the Board’s LAFCO committee, Recology claimed it provides $18 million annually in “free services” to the city. But the report did not include an independent analysis of Recology’s estimates, and therefore these claims raised the hackles of Kopp, Kelly and other competitive bidding proponents.

Kopp predicts a $4 million franchise fee would allow city leaders who oppose his measure to claim that one of the two objectives of his proposed initiative have been addressed.

In an interview with the Guardian earlier this year, Mayor Ed Lee said he felt that Recology “has justified its privilege to be the permit holder in San Francisco because of the things that it has been willing to do with us.”

Kopp said Lee repeated this position in June, and that Board President David Chiu recently said that he is opposed to monopolies in concept, but felt that any effort to allow competitive bidding on garbage services would tear the city apart.

“Chiu spoke in such draconian terms I thought I was in Iraq or Afghanistan,” Kopp said.

But these latest developments have strengthened Kopp and Kelly’s resolve to push ahead with their effort to give local residents a chance to decide whether competitive bidding would be better for San Francisco rate payers. As they point out, such a vote doesn’t mean Recology would be ousted from the city because they stand an excellent chance of winning any competitive bid. But it could mean that Recology is ousted from its current cost-plus arrangement with the city that allows them to make an estimated 10-20 percent profit.

And whatever happens, the upcoming battle threatens to shed light on Recology’s business model, which is based on vertical expansion into other counties and states, and the knowledge that, unlike the competitive bids it submits everywhere else in California, it has a guaranteed annual revenue of $225 million in San Francisco. In its 1996 filings with the Securities Exchange Commission, NorCal Waste and its 45 subsidiaries (now known as Recology) reported that San Francisco accounts for 50 percent of its annual revenue. And while those public filings are 15 years old, it’s clear Recology continues to rely on San Francisco for a large and guaranteed chunk of its income.

Or as one insider put it, “When you have a cost-plus contract, you can start buying things—like the Pier 96 development, and the recycling facility. And you can move profits to a different part of the company. You’re not competitively bidding the composting. And you can shift your profits out of San Francisco. And with a cost-plus contract, you put everything in the rates. For instance, the city says it wants composting. Ok, here’s the cost, here’s the bill. But you take the profit from the composting and invest it in San Jose, or San Bernardino, and use it to advance your other objectives, like buying two large landfills in Nevada and financing political campaigns.”

Meanwhile, Kopp says he plans to take Adachi to task for hiring the same signature gathering firm that is trying to undermine his petition.

“And I’m not planning to sign his petition now, and I might not endorse it,” Kopp said.