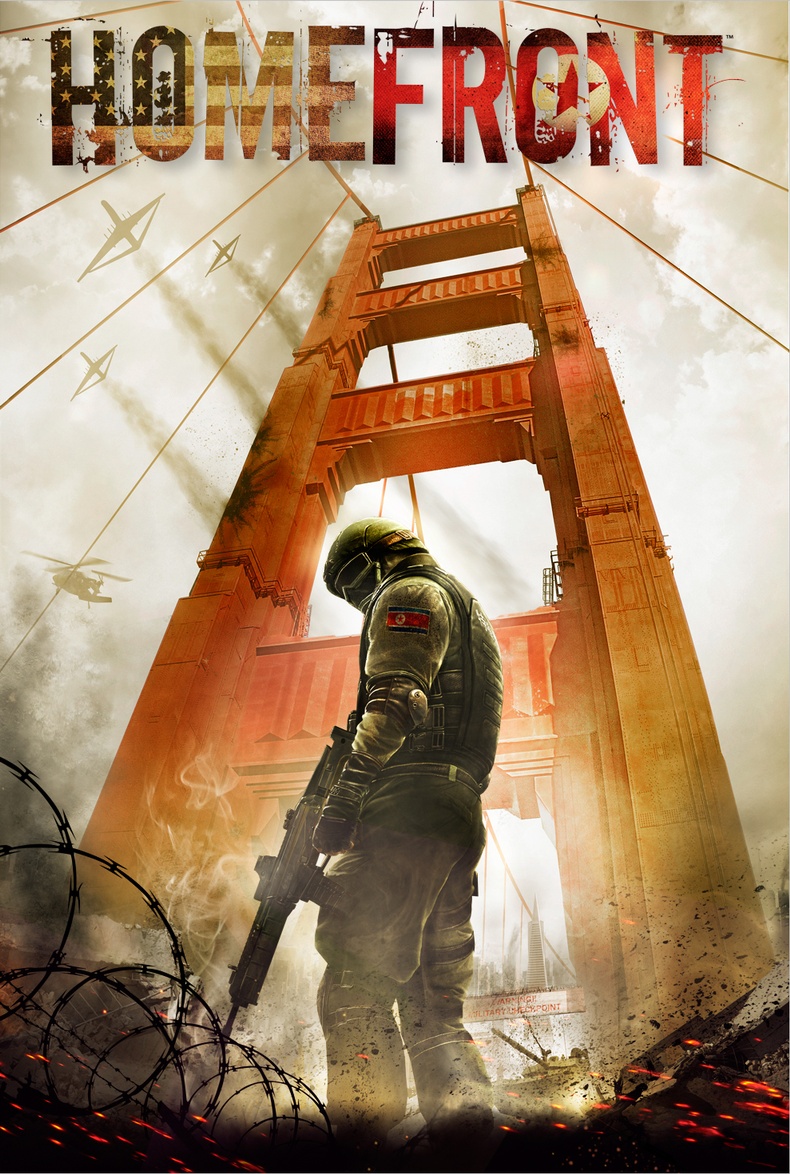 Can Homefront’s failures inspire change in the game industry?

I’m almost reluctant to add to the media blitz that first-person shooter Homefront (now available) was and is getting. Even with low scores and plummeting stocks, the game managed to sell 300,000 copies on its first day, so to a degree it would seem the publicity has paid off. But, after being personally subjected to an overwhelming number of posters and billboards, hundreds of balloons, an anti-Korean rally, and a long schoolbus ride to a barbed-wire-laden warehouse, I was disappointed to find that behind this velvet curtain was a pretty flimsy product. Maybe Homefront will be the game that gets the ball rolling on an important issue that has been brewing for a while: game pricing.

Kaos Studios was smart to attach itself to a wholly original idea, implausible or not, and putting the power of Academy Award-nominated screenwriter John Milius (1979’s Apocalypse Now) behind it doesn’t hurt. But the premise is wasted on such an impossibly underdeveloped campaign; it’s almost like Milius wrote “North Korea invades U.S.” on a napkin and called it a day.

Kaos’ shooter isn’t the first game to re-neg on its promises (see the ever-fresh wound of the Molyneux/Fable debacle for proof of that) but this burn was unique in that it was a title that appealed to a game audience that is largely overlooked. Alternate history, as a genre, has ardent supporters but aside from Fallout and Singularity its ranks haven’t been stocked particularly well. In that light, Homefront’s undelivered promise only intensifies the sting that results from its brevity.

Sixty bucks and all I get is a three-hour campaign?

Homefront’s single-player is surely not worthy of its price tag, so what else is in the box? The game includes a multiplayer mode and it’s light years more focused than the campaign, but multiplayer-only experiences like Battlefield 1943 run around $15. If the studio had released a multiplayer-only title, they would have been welcomed to the table differently. Instead, we’re left wondering how much developer weight was actually put behind the single-player campaign, and why the quality seems so inconsistent with the seemingly-great weight the publicity team put into hyping the mode over the past year.

Now that a sharp divide has evolved in the value of game content, making every game the same price not only hurts the consumer, it also directs the development process towards creating a viable product rather than a singular experience. As more and more players purchase titles purely for their multiplayer components, I might go so far as to suggest completely separating single player and multiplayer experiences through independent purchases.

No matter how it is sold, it seems clear that the value of each mode is rarely analogous to the amount of time developers invest in them. Call of Duty campaigns are five to six hours long, and no one bats an eye because they know the multiplayer will afford them hundreds of hours in entertainment. At the same time, enormous resources are spent on creating multiplayer for games like Bioshock while all anyone wants is to be told a cohesive story. Instead of feeling obligated to deliver both, why don’t developers make a greater effort to give players what they came for?

Perhaps there’s something to be learned from the casual games market. While many console gurus malign the low pricing of iOS games, at least games are variably priced based on their worth. What’s the answer? Publishers would be smart to figure it out before all games go digital, because I expect that flat rate of $60 is going to feel a whole lot heavier without a physical product in hand.