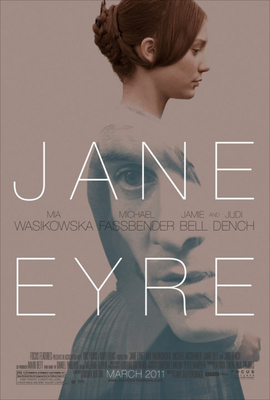 It’s not exactly the oldest story in the book, but with an 1847 publication date and dozens of adaptations, Jane Eyre has been done before. That presented director Cary Fukunaga, an Oakland native, with a unique challenge — making his 2011 film version of Jane Eyre (out Fri/18) different from what had been done in the past. But after his last movie, 2009’s critically acclaimed Sin Nombre, it was a project he was eager to take on.

“[Jane Eyre] was a story I knew as a kid,” he said in a recent roundtable interview. “The ’44 version Bob Stevens directed was one of my favorites. After spending six years on my last film, I really wanted to do something different in terms of scenery and style and location and even time period.”

But despite Jane Eyre’s status as 19th Century Gothic romance, Fukunaga felt it worked for a modern audience. Mia Wasikowska, who stars in the titular role, was inclined to agree.

“It kind of doesn’t need reinterpreting,” she reflected. “The popularity, as a character and a story, it hasn’t died down — it’s continued to grow, and people continue to connect to her story. If you took away all the costumes and the setting, at the heart of it is a story about a young girl trying to find love and a family, and that’s so, so much a part of what happens every day here.”

For Fukunaga, it was important to adhere closely to the novel, whose tone he believed had often been muddled in film adaptations. His Jane Eyre is consistently dark, with elements of mystery and suspense that remain even for those who know the story well.

“I wasn’t trying to make it more gothic than the novel,” he explained. “It was more that other adaptations had stayed more in the period drama sort of realm, and whenever you had elements of the story that seemed gothic or suspenseful, they seemed tonally out of the film you were watching.”

Fukunaga also split the story up in a non-linear fashion, a more modern conceit that adds to Jane Eyre’s tension and helps speed the classic romance along. With flashbacks throughout, the film reveals itself over time while engaging its viewers in a complex mystery.

“The structure was a way to turn the story into a modern tale,” Fukunaga said. “Typically these days you want to lure an audience into a story with just bits of information. Especially with our attention spans the way they are now, you don’t want to … start with just a chronological tale.”

Of course, it helps that Jane is such a timeless, relatable character. She’s more assertive than some of her literary counterparts, making independent choices that were uncommon among her contemporary women. Wasikowska fell in love with Jane when she was reading the novel for the first time, to the extent that she asked her agent to look for any upcoming Jane Eyre projects before Fukunaga’s adaptation was announced.

“What I love about her is that she has such a strong sense of self and a strong sense of who she is and what’s right and what’s wrong by her,” Wasikowska offered. “She’s not going to compromise herself for somebody else, and that’s the best thing. She’s going to make sure that before she commits herself to somebody, she’s a fulfilled individual and that she’s done everything she could to be that.”

While Fukunaga and Wasikowska reflected positively on the filming experience, it had its share of ups and downs. The tight schedule forced a lot of work in a short period of time. Meanwhile, Wasikowska had to contend with a different kind of tightness, squeezing into a corset for period realism.

“Painful. Awful. Everyone says corsets are hell, and I understand that, but until you’re really in there, it’s like a whole other thing,” she said. “They’re really helpful physically for the character. You really get a sense of the repression and the restriction.”

But the pain was worthwhile — Wasikowska’s portrayal of Jane Eyre is certain to be celebrated. Fukunaga’s interpretation as a whole is one of the story’s best cinematic adaptations. Perhaps some of the success comes from the deep understanding the director and actor had for the original novel.

When Fukunaga was asked about his interest in Jane Eyre, he rejected the common perception and offered his own analysis instead.

“For me, it’s not the bodice-ripping,” he said. “It’s more, I think, probably this kid’s journey and the person she became … Love can be all-consuming, and too often people compromise what they are in order to achieve it. And it’s the rare individual who can not do that.”