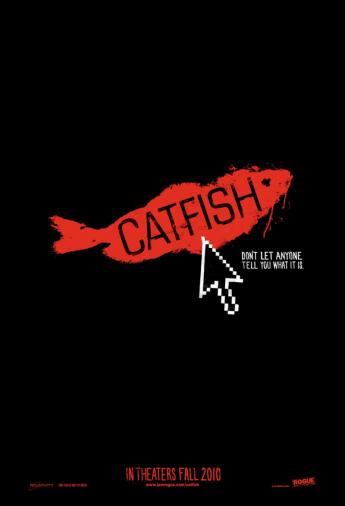 Do not read this interview before seeing Catfish. I say that for a few reasons: 1. It’s mildly spoilery. 2. Some of it doesn’t make sense out of context. 3. I really want you to see Catfish. The documentary — or reality thriller, as it’s been called — follows filmmakers Rel Schulman and Henry Joost as they film Rel’s brother Nev’s online relationship. It’s a unique and contentious experience that I was still mulling over when I sat down with the documentarians and their subject. Here’s a transcript of our interview, minus some digressions about Saturday Night Live in the 80s and my attempts at Facebook stalkage.

San Francisco Bay Guardian: When did you realize you were making the movie that you made?

Henry Joost: When we discovered the songs — that scene. We just turned to each other and were like, “OK, we should probably not stop rolling for the next however long this takes.”
Rel Schulman: Yeah, we sort of just were swimming in the story very innocently up until that point, just trusting the fact that Nev was somehow engaging, and that he’d always been, and that we’d always filmed him and we film each other all the time. Something was happening and it felt like it might go somewhere, but we had no idea where.
Nev Schulman: And also, I have a history in my own life of — to a fault, sort of — pursuing things headstrong, without much consideration, just sort of going for it. And Rel’s observed those many situations where I’ve ended up getting hurt or in trouble or whatever it is, and I think always just sort of regretted not filming them. So he was like, “Henry, if it’s Nev, it’s probably going to get interesting. Let’s film it.”

SFBG: There’s a lot of secrecy surrounding Catfish, particularly with the ad campaign. Why do you feel like that’s important to how people view the film?

HJ: We feel like we want the audience to have the same experience we had, and we didn’t know what we were getting into, so it’s important that the audience doesn’t know what they’re getting into either in order to have the same reactions we had.
RS: It’s a really unusual movie. It doesn’t fit into any typical categories. We can’t compare it to anything we’ve ever seen before. And I think, when people start boxing movies and categorizing them into genres, you start expecting something. And this movie is not what you expect. The experience is not what we expected.

SFBG: The film has been called a “reality thriller.” What’s your response to that? Would you agree with it?

RS: Sure. I also agree with the word “documentary,” but apparently that’s a poisonous word at the box office.
HJ: I’ve never been aware of any other reality thrillers, so if we’re starting a new genre, then, sure.
NS: People are drawing the connection a lot to other documentary thrillers that aren’t real. And there have been a lot of those. Blair Watch sort of started the whole thing. Paranormal Activity. District 9, to some extent. That is certainly a very popular style now. The only difference is this is actually a real reality thriller.
HJ: And I would say the studio wants those comparisons. And we trust them.

SFBG: There’s already debate about authenticity. Does it matter to you if people understand Catfish to be truth?

HJ: It’s funny, because at screenings, it doesn’t come up that often. But it comes up in almost every interview. I’m not really sure why that is. But at Sundance, it kind of caught us off-guard. Someone asked a question at a Q&A. They said, “I thought this was a great movie, but I think it’s a fake documentary.” And the wind was taken out of our sails. We got kind of upset and a little defensive. You know, it’s strange to know how to react to that, when you have a real experience, and then someone says, “I don’t believe you.”
NS: I think also something to consider, now that we’ve sort of joking about it to some extent, for them to have written this movie would have been an unbelievably amazing accomplishment. To get into the details of this family and where we were in Michigan and even down to the snaggletooth on the pet dog they have at their house, you can’t write that. How do you possibly come up with something like that? Truth is just stranger than fiction. And we understand that the coincidence involved and the pieces of the puzzle that had to sort of fall into place, is crazy. That I had this experience, share an office with these guys, we’re filmmakers, Rel always sort of tends to film me — it’s crazy that it happened, and it’s hard to believe. But it’s real.

SFBG: What was the process in terms of getting permission to use everything you filmed of this family? Were they aware of the movie you were making while you were filming?

RS: Well, we didn’t know either. At the point where we knew what we were doing, which was basically when we got there, we very clearly — we came out to Angela, and just asked her: “We’ve been filming all along on Nev’s side of the story, not knowing where it’s going to go. Turns out it went here. We’d like to hear your side of the story.”
HJ: We wouldn’t have made the movie if we didn’t have her consent, or their consent.
RS: We wouldn’t have wanted to, or been able to. And now they’re all supporters of the film.

SFBG: Catfish did really well at Sundance, and it’s continuing to build up a lot of buzz. How have your lives changed since it first premiered?

NS: Well, for me, I feel like in a weird way I’m kind of right back where I started. Except now the stakes are a little higher and the opportunities are better. I’ve got a lot of great choices to make, and I’m very excited about where this will lead. I’ve just got a whole new sort of fresh start on what I’d like to do in my strange quarter-life crisis of not knowing what to do.
RS: That’s what started the movie in the first place, is that he was wookin’ pa nub. And she was wookin’ pa him. We’re all still together pretty much every day. We have the same office, similar lifestyle, but now we’ve got a couple new friends in H-Wood. I think maybe making our next movie might be  — not necessarily easier. Opportunity is really the only thing that’s changed so far.

SFBG: What about your opinion of social networking?

RS: Because of time, I think it’s changed. Besides the fact that we made this movie and had this experience, over the last two years, everyone’s opinion of social networking has changed. From 2008 to 2010, the Facebook monster has gotten bigger and bigger and more powerful and more scary and more controlling, with or without Catfish.
HJ: Although I feel like you can’t blame Facebook for it. That’s like blaming the city of San Francisco for what people do in it. It’s just an infrastructure. It’s really the people who use it and how they use it that you should get upset about.
NS: Yeah. I mean, if people didn’t want a feature in Facebook, it just wouldn’t be there.

SFBG: What was interesting to me is that when the internet started, it was way more anonymous — you didn’t know whom you were chatting with. And now people have this idea that if you can see their picture, and you can see their friends and family, you know exactly who they are.

RS: Yeah, I see what you’re getting at, and you’re dead right. The three of us have become more suspicious of social networking and certainly less naïve. But at the same time, we try really hard to remain open-minded about meeting new people, meeting strangers and new experiences online. Because it’s such a huge democratic playground that anything could happen. For that reason, you’ve gotta be careful, but for the very same reason, anything could happen and might be the next best thing.

SFBG: What about changes to how you approach filmmaking? Just because Catfish is such a unique documentary.

RS: We had immediate access to our subject in this movie. He was right under our noses the whole time and willing to be filmed from close quarters at any moment in the day. I don’t know how we’re going to find that again, so we’re not going to force it. So we might just let the next doc find us, and in the meantime, tackle a narrative script.

SFBG: Nev, what is it like for you to watch Catfish now? Has enough time passed that you don’t feel awkward or uncomfortable viewing it?

NS: I’ve always kind of enjoyed it, because the experience was sort of such a blur for me, I kind of get to relive it every time I watch it. It was really hard at first, because when we came back from Michigan, I kind of got back together with my ex-girlfriend, and ended up becoming very seriously involved with her. She obviously didn’t really like watching the movie, because it was about the girl I kind of fell in love with in-between our relationship. So that was a huge hurdle to get over. I don’t know — that doesn’t really have any pertinence to the article. But yeah, there have been times when I’ve hated watching it and I’m just sick of it, but right now, I’m kind of into it. I’m excited. They had to kind of drag me out of a screening the other day. I was like, “I want to watch! What happens?”

SFBG: I mean, you say it’s not pertinent, but it’s a really personal film. You’re all very actively involved with it, and you’re all on screen the entire time. I think it’s different in that way.

RS: I’m pretty nervous about the whole country seeing it, and not just judging it as a movie — because it feels like less of a movie than it is just our lives and our experience. There’s no shield. There’s no protection that like, this is a script we wrote and actors we hired to portray our thoughts. It’s just us. And mostly him [Nev]. I just kind of have my fingers crossed that people like us.
NS: It hurts when I see blogs or message boards with people who have negative comments. It’s hard. It sucks. I can imagine making a film as a director and then saying, “Well, they don’t get it,” or, “OK, sure, they don’t like it, but whatever.” But when someone says they think that we exploited them, or they think that we’re frauds and liars, that’s them calling me a liar. That’s like, yikes.
HJ: Yeah, and saying that we made it up is implying the worst about us.