A preview of new German and Austrian restaurants 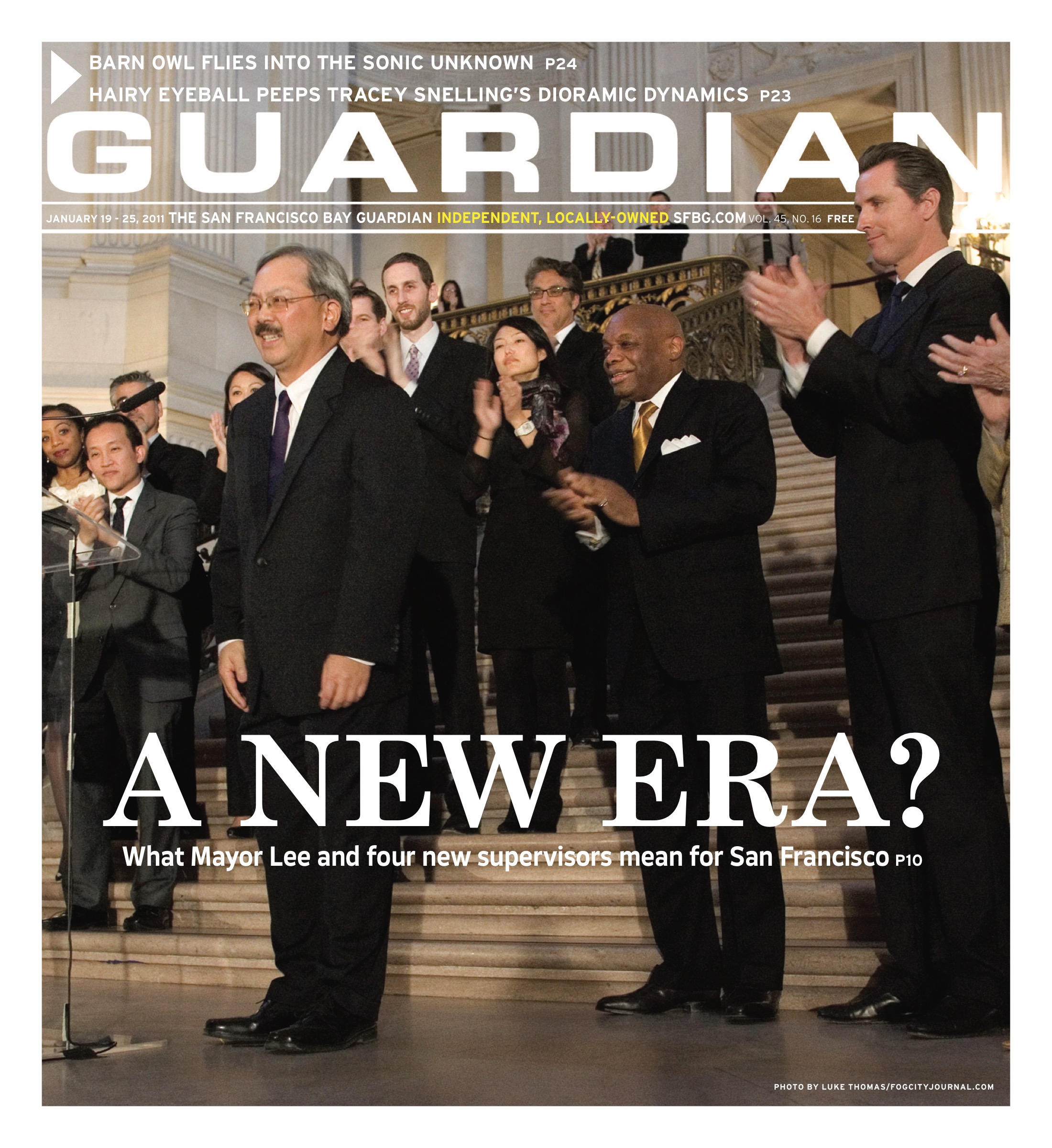 Volume 45 Number 16
To browse: click pages or use the arrow buttons above. To search: open the PDF in full screen mode first and then use the...

Lee should stop the recycling eviction

It's class warfare, declared by the Newsom administration — and Lee, who got his start as a poverty lawyer, doesn't have to tolerate it

In most states, local property taxes support local schools. In California, Proposition 13 forced the state to take on that responsibility

What will the governor's plans to abolish redevelopment agencies mean for SF?

Come to my room

Live from the lower east side

From Honduran baliadas to bergamot ice cream: sticking a fork in Dogpatch and Bayview

The Edwardian Ball whisks into its 11th year, steampunk grasshoppers and all

Aura Fischbeck choreographs the tension between restraint and letting go

Beast and the Hare

Barn Owl scores a mesmerizing flight into another dimension

Toward a new theory of grindcore, and even metal

What Mayor Lee and a new board mean for the city