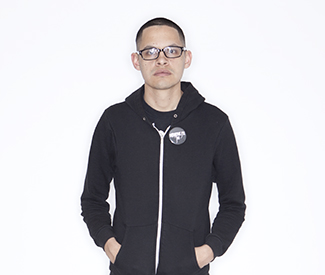 Hedonistic breakdowns and riffs similar to Thin Lizzy? Check. Songwriting and vocal delivery reminiscent of Guided by Voices and Weezer? Double check. These traits (along with a few other things) are what make for the musical genetic makeup of Tony Molina’s bedroom pop solo project.

Molina was born in San Francisco but grew up mostly in Millbrae, just a few miles over. And throughout the years, one thing has remained constant: active participation in the Bay Area punk scene. He has been in hordes of bands, such as Ovens, Violent Change, Lifetime Problems, Case Of Emergency, and Dystrophy.

For Molina, the results of each band are humbling. “Don’t know about the other guys, but looking back and seeing all the shit me and my friends have recorded over the last 12 or so years is really crazy,” he says. “Some of my best friends have made some of my all-time favorite records, which is really cool and inspiring.”

Though Molina has been writing music for some time, it was initially his current bassist Spencer Rangitch’s idea to play shows for Molina’s poppier solo material. Currently the band is made up of Rangitch, Anthony Boruch Comstock on drums), and Jake Dudley and Andrew Kerwin on guitar.

Since the release of his debut EP Dissed and Dismissed last year, he has garnered attention from NPR, Spin, and various independent weeklies spanning the country. After selling out its initial pressing on Bay Area Label Melters, Molina’s reissuing the album on vinyl and cassette — now on Slumberland records — for a March 25 release. As for new material, he says we can expect a new LP and 7-inch later on this year.

Until then, he’s working his day job (at a movie theater) and passing the time playing in five other bands (Caged Animal, Scalped, Fraudulent Lifestyle, Provos, and Opposition 2 Society).

Best and worst thing about being a musician in the Bay Area?

The best thing about the Bay Area is that my friends are always doing cool shit and have legitimately been in some of my favorite bands ever. I think that’s really cool. The worst thing about SF is there is not enough sick hardcore bands here. I don’t relate to a lot of the local music out here that I see. I really want to, but a lot of times it just doesn’t happen. If you aren’t wearing sweatpants and rapping over straight-up ignorant ass riffs, I’m mostly likely not going to be into it.

My friend Ryan’s garage in the Outer Richmond. Every show in that tiny garage was sick. I think cops started showing up there to shut shows down a lot towards the end. RIP shows at that house.