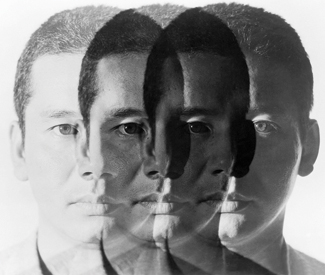 FILM The late 1950s saw Japanese film production and attendance at all-time highs. Soon the expanding television market would steadily draw audiences away, but in the meantime the industry was robust enough to encourage the promotion of assistant directors and other next-generation talents influenced by the era’s various artistic avant-gardes to make their own features. This resulted in a flowering of bold new voices parallel to France’s New Wave and other radical filmmaking shifts around the globe. As elsewhere, ideas and influences from the underground began bubbling up to the mainstream surface.

Unlike other places, however, Japan had its own conglomerate means of importing, producing, and exhibiting (in a micro-chain of specially designated theaters) more experimental work in direct if modest competition with commercial product. That means would be the Art Theater Guild of Japan, which a group of cineastes, filmmakers, and critics launched in 1961; by spring of the next year they’d secured 10 venues across the nation to showcase the work ATG distributed and, eventually, created in-house.

Raised in a society whose rigid codes for behavior and loyalty enabled a remarkable post-World War II economic recovery, but which could also stifle individual expression, Japanese filmmakers emerging in the 1960s were if anything even more eager than young Americans and Europeans to tear apart inherited thematic, stylistic, and commercial conventions. Whether advocating for full-on revolution, critiquing the status quo, or playing with form, ATG’s productions pushed both medium and audiences out of the comfort zone.

That aim couldn’t have been more apparent in the company’s first original feature (co-produced with Nikkatsu Corp.), 1967’s A Man Vanishes by the celebrated Shohei Imamura (1963’s The Insect Woman, 1966’s The Pornographers, 1983’s The Ballad of Narayama). Ostensibly an investigative documentary about a salaryman who’s gone missing for two years, it’s a poker-faced prank that slowly grows more convoluted and bizarre until the film becomes a chronicle of its own unmaking, and an accusation directed at any notion of truth in cinema.

More traditional subjects are turned inside out in Masahiro Shinoda’s Double Suicide (1969) and Toshio Matsumoto’s Shura (1971). The former is drawn from a 300-year-old tragic romance written for bunraku (puppet) theater; mixing abstraction and naturalism, actors human and otherwise, it’s a jewel that questions artifice itself. In contrast to the prolific Shinoda, Matsumoto made very few features, most famously 1969’s pop art-camp extravaganza Funeral Parade of Roses, which transplants Oedipus Rex to the Tokyo gay underground with cross-dressing singer-actor “Peter” as its ruthless glamazon protagonist.

Shura (a.k.a. Demons) is as cramped as that film is extravagant. Turning its extreme physical and budgetary limitations into the stuff of claustrophobic nightmare à la Edgar G. Ulmer’s Detour (1945) or Roger Corman’s Teenage Doll (1957), it’s the tale of a samurai who gives everything up for love of a geisha — you know that’s a bad idea when early on she asks the question that needs no answer, “How dare you call me a vixen?” Once he realizes he’s been betrayed, all hell breaks loose in bursts of over-the-top violence that might be real or imaginary, given the film’s penchant for showing us successive alternate versions of the same scenes.

Arguably the series’ wildest stylistic leap is Shuji Terayama’s 1974 Pastoral: Hide and Seek, a bracing phantasmagorical chronicle of a very troubled mother-child relationship that reels from circus surrealism and mime makeup to porno sex and quiet lyricism. Perhaps its bitterest statement comes in the form of 1971’s The Ceremony from a pre-In the Realm of the Senses (1976) Nagisa Oshima. Rigorously formal in presentation (and taking place almost exclusively during public rituals), it traces the gradual soul crushing of a protagonist whose forced lifelong hewing to the model of a “pure and perfect Japanese” sacrifices any possibility of happiness. One of the ultimate “You think you hate your family?” horror films, it features multiple suicides and gruesomely joyless sexual interludes testifying to the suffocation of bourgeoisie conformity.

While its stature and role changed over time, ATG hung on through the mid 1980s, its final releases including such memorable ones as Yoshimitsu Morita’s anarchic social satire The Family Game (1983), an international hit. *