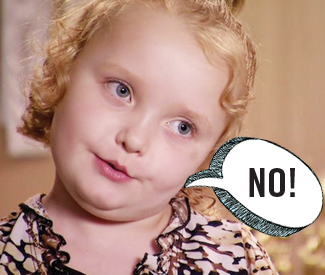 POODLES ON PARADE Marriage, the military, nudity bans, Bravo TV: queople, why must we torture ourselves! It’s true that we are everywhere, lurking even in the aeries of stupid-headedness. But queen, please, put down that can of mentally challenged and back slowly away in your new cha-cha heels. Here I am once again to call my people out for their foibles of faggotry with the annual Lamebow Awards. Even in a banner year for LGBT wins, we still clutched a Gucci full of dumb.

The cliches write themselves: My Dearest Scott Wiener, I write this not as someone who disagrees profoundly with your “moderate” politics or your collection of Banana Republic v-neck sweaters. I write this because, this year, a supervisor named Wiener, representing the Castro, got so obsessed with a few naked guys that he rammed through a nudity ban (oh, and a bunch of other awful stuff, too) that made national news. I have to talk to my relatives back East about all this. My great-aunt-in-law almost choked to death on her turkey from laughter. Please stop.

Not helping: Mountain-out-of-molehill blogger Michael Petrelis in turn became obsessed with Wiener’s penis, attempting to snap a pic of the Supes’ member at a City Hall urinal. Not making this up. Nor this: it took too long for Petrelis’ camera from the ’90s to warm up, so he only managed a shot of Wiener brushing his teeth, post-pee. Petrelis is being sued by Wiener.

Seriously not helping though: In August, 28-year-old Floyd Corkins II, a former LGBT center volunteer, attempted to storm the Washington, DC headquarters of the Family Research Council (recently and correctly categorized as a hate group by the Southern Poverty Law Center), shooting a security guard.

You just helped, actually: We never knew we should be boycotting Sodastream products because they are manufactured in illegal Israeli settlements on Palestinian land. But thanks to a widely viewed YouTube video — in which it appears a peaceful Code Pink protest inside Sodastream-carrying Cliff’s Variety in the Castro is violently broken up by hysterically screaming Cliff’s employees — we know! Troll is successful.

The fact is you’re veeery late: As her 50th birthday approached, Kristy McNichol came out. “She hopes that coming out can help kids who need support,” said her publicist. There are no kids who know who Kristy McNichol is.

And you’re just trapped in a closet full of spray-on hair forever now: Many, many of John Travolta‘s male masseurs “opened up” about his happy endings. His response? A horrifying Christmas album reunion with Olivia Newton John full of the most awkward sexual metaphors ever. Greased lightning!

Freedom to fly, to fail: Director Lena Wachowski came out beautifully, vocally, and powerfully as a transgender person with deep thoughts about the nature of sexual identity. Too bad Cloud Atlas had me rolling my eyes to the high heavens.

I’m sorry: Castigating Log Cabin Republicans is easier than finding Anderson Cooper on Grindr, but watching them bend over backwards to justify supporting the Tea Party party when even our president had “evolved” on gay marriage was a real hoot. Especially because they had to say “fiscal” so many times.

All of us: While we were all arguing over gay shit (as usual), a young musical genius named Frank Ocean quietly erased the goalposts and went public with his generation’s sublime, amorphous “meh” about sexual labels. Let’s catch up.