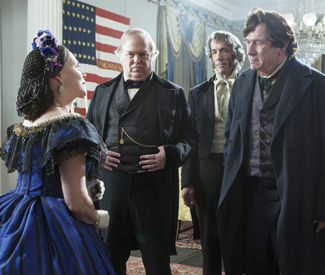 Yeah, the presidential election happened months ago. But the most intense campaign season is just beginning, as multiple ceremonies ramp up to Hollywood’s ultimate night of self-congratulation (and occasionally questionable fashion): the Academy Awards. The nominations will be announced Jan. 10; the ceremony, hosted by first-timer Seth MacFarlane — of Family Guy and talking teddy bear fame — is Feb. 24. Predictions are based on Golden Globe nominations, Screen Actors Guild Award nominations, Independent Spirit Award nominations, random news and gossip reports, and my own loudmouthed opinion.

Best Actor This one’s already in the bag, or more accurately, tucked under the stovepipe hat: Daniel Day-Lewis is the closest thing 2013 has to a lock, for Lincoln. The only strike against the two-time winner is that his last trophy came pretty recently, for 2007’s There Will Be Blood. Though it’s unlikely any of the other nominees have a chance, best guesses for also-rans are Hugh Jackman for Les Misérables (he sings!); John Hawkes for The Sessions (he’s paralyzed!); and Denzel Washington for Flight (he drinks!) The fifth slot could go to Silver Linings Playbook‘s Bradley Cooper, The Master‘s Joaquin Phoenix (my pick), or dark horse Jack Black, for Bernie.

Best Actress Two women enter, one woman leaves … with a little gold man in tow. Best Actress looks to be a battle between Zero Dark Thirty‘s Jessica Chastain and Silver Linings Playbook‘s Jennifer Lawrence. Both have been nominated before, though Chastain might have an edge here: Zero is a serious action-drama that’s been hyped more than Playbook, and Chastain — last year’s “Where did she come from and why is she in every movie?” surprise — has settled down from overexposed newcomer to reliable talent. Lawrence, also the lead in the mega-popular Hunger Games series, is just 22 years old, and though her sophisticated work in Playbook belies her relative youth, she may be passed over with the understanding that she’ll soon be nominated again.

Other names that will likely appear on the ballot: Marion Cotillard, a past winner, for playing a woman who loses her legs in Rust and Bone; and Naomi Watts, a past nominee who should probably have gotten a statuette by now, for playing the matriarch of a tsunami-ravaged family in The Impossible. The last slot could go to Academy fave Helen Mirren (for the so-so Hitchcock); another past winner, Rachel Weisz, for her raw turn in The Deep Blue Sea; Emmanuelle Riva, winner of the San Francisco Film Critic Circle’s Best Actress award for her work as a dying woman in Amour; or grade-school discovery Quevenzhané Wallis, for her tough-sprite turn in Beasts of the Southern Wild.

Best Supporting Actor After I saw Argo, I was certain that Alan Arkin (who won in this category for 2006’s Little Miss Sunshine) would repeat. Then I saw Lincoln, and decided Tommy Lee Jones was the clear favorite. Then I saw Django Unchained, and Samuel L. Jackson, Leonardo DiCaprio, and Christoph Waltz lurched forth. I suspect all of Django‘s supporting cast won’t actually be nominated (my favorite of the trio: Jackson), and The Master’s Philip Seymour Hoffman and Silver Linings Playbook‘s Robert De Niro are likely contenders. Matthew McConaughey could also slither in, for the crowd-pleasing Magic Mike. But right now, I’m leaning toward the hilariously world-weary Jones for the win. “It opens!”

Best Supporting Actress It’s going to be Sally Field, the nutty-yet-sympathetic Mary Todd in Lincoln, versus Anne Hathaway, the weepy, shorn Fantine in Les Misérables. I am not a Hathaway fan, but if the Academy — who are not immune to being emotionally manipulated by director Tom Hooper (2010’s Best Picture The King’s Speech) — wants to award someone from Les Mis, she’s more likely to squeak in than Jackman. Plus, she hosted the Oscars a few years ago. That’s got to count for something, right?

Other nominees: I’m hoping both Amy Adams (spooky in The Master) and Nicole Kidman (daffy in the Paperboy) get nods, but any slots left over will probably be filled by The Sessions’ Helen Hunt or Maggie “Dowager Countess 4-Lyfe” Smith, for The Best Exotic Marigold Hotel.

Best Screenplay (Original and Adapted) The Golden Globes, the Oscars’ boozier little bro, doesn’t differentiate between original or adapted, but its lumped-together nominees contain the likely winners in each category: Mark Boal for Zero Dark Thirty (original), and Tony Kushner for Lincoln (adapted). Other original nominees could include Django Unchained, The Master, Amour, and Looper; other adapted nominees will be sure-things Argo and Silver Linings Playbook, with The Sessions and Beasts of the Southern Wild possibly filling out the category.

Best Documentary The 15-film short list was released in early December, so there’s a bit of navigational help with this one. I have seen most (but not all) of the films on the list; with that disclaimer, my predictions for the final five are: The House I Live In, The Imposter, Searching for Sugar Man, This Is Not a Film, and the SFFCC’s top doc, locally-made hospital drama The Waiting Room. I’m still awaiting the chance to check out Mea Maxima Culpa: Silence in the House of God, a highly-praised look at clerical sex abuse from oft-nominated (and once-rewarded, for 2007’s Taxi to the Dark Side) director Alex Gibney.

Best Foreign Language Film Since only one film per country can be submitted, and The Intouchables snagged France’s spot, my favorite movie of the year (Holy Motors) isn’t even eligible. But that doesn’t matter, really — Intouchables will likely get a nod, but this race is for the critically-beloved Amour (from Austrian director Michael Haneke, whose The White Ribbon was nominated in 2010) to lose. Other short listers (there are a total of nine) include Canada’s War Witch, Chile’s No, Denmark’s A Royal Affair, Romania’s Beyond the Hills, and Switzerland’s Sister.

Best Director/Best Picture As Steven Spielberg surely recalls, just because you win Best Director (for 1998’s Saving Private Ryan) doesn’t mean Shakespeare in Love won’t swoop in and steal your Best Picture prize. Oscar can tap between five and ten nominees for Best Picture, so the categories won’t necessarily line up — but this year, they just might. Look for the top contenders to be Kathryn Bigelow-Zero Dark Thirty (see my review elsewhere in this issue; it’s also my pick to win), and Spielberg-Lincoln. Other likely nominees: Paul Thomas Anderson-The Master; Ben Affleck-Argo; Tom Hooper-Les Misérables; David O. Russell-Silver Linings Playbook; and Michael Haneke-Amour.