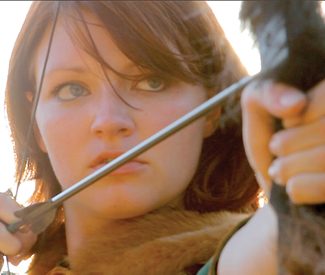 TRASH Get ready, Damon Packard fans — the mad genius behind underground cult sensations Reflections of Evil (2002) and SpaceDisco One (2007) unfurls his latest, Foxfur, at Other Cinema’s fall season kickoff (also on the bill: Marcy Saude with a slideshow on ufologist George Van Tassel, free champagne and VHS tapes, and more). I spoke with the Los Angeles-based Packard, who hopes to attend in person, ahead of the event.

San Francisco Bay Guardian How long did it take you to make Foxfur?

Damon Packard A little less than two years. I mean, it should have taken a week, because there were so few shooting days. It just took that long because it’s so difficult when you’re working with no money. I was adding little bits right up to the last minute [before the film’s July 21 premiere in SoCal]. Shots of cats, stuff like that.

SFBG Is that why you have something like six different women playing the lead role?

DP Yes. There were always these short windows of time when we had to shoot, and I had to get whoever was available. It became an experiment in the end, with the multiple actresses.

SFBG When people ask you what Foxfur is about, how do you explain it?

DP It’s difficult to sum it up. I would say it’s a UFO sci-fi fantasy, mostly about the Billy Meier Pleiadian contacts of the 1970s. That was the inspiration.

SFBG Many of your previous films made use of non-original footage, like Carpenters videos and old commercials, but Foxfur is all original, isn’t it?

DP Well, I do use music from Tangerine Dream scores: Firestarter, Wavelength (both 1984), things like that. Also some ambient tracks by Steve Roach and Michael Stearns.

DP Well, they’re part of the Foxfur universe — I like taking real-life characters and incorporating them into a story. Foxfur is obsessed with New Age elements — crystals, dolphins, the Pleiadians — which includes people like David Icke and Richard Hoagland. She’s an avid Coast to Coast AM listener. So yeah, it was supposed to be about her disillusionment. She’s so devastated when she discovers that it’s not real.

SFBG There’s a line in Foxfur about how “everyone is operating in their own vacuum of reality,” and scenes depicting people zoned out on their phones, unhelpful store clerks, and so on. Were those your 21st century frustrations coming out?

DP It happens a lot in real life — everywhere you go, you sort of run into that. Nobody knows anything about anything and nobody wants to help anyone. It’s a kind of apathetic, clueless, state of mind. Or if you need to call your bank, for example, you’re gonna get transferred to all these different worthless departments where people won’t be able to help you. There are always problems, errors, computer systems going down. You can’t get any answers to anything.

SFBG You’ve said in the past that you’re anti-CGI, and Foxfur (which contains the line “I hate Peter Jackson!”) suggests you still feel this way.

DP I do think there’s room for a good balance between practical and digital effects — there’s no reason not to use modern technology. For the most part, though, I hate it. It usually looks awful. I don’t know why other filmmakers, including veteran filmmakers, don’t see that.

SFBG Is there any hope for the future of film? Or — since Foxfur takes place on the eve of the apocalypse — of humanity?

DP One of the themes of Foxfur is about the “dead zone” — in the film, it’s the time we’re in now, where everything is revolving in circles. It’s a time that wasn’t meant to exist. We’re in the end of the world already.

To me, it feels like music, fashion, it’s all reaching to the past. There’s no new movements going on. It’s a strange time. And movies feel that way too; it seems like everything’s been done already. Everything is an updated variation. I wanted Foxfur to be really pressing in that sense: that there’s no hope, there’s no point in anything. I can’t imagine there’s any future to cinema, or what movies will be like in even five to ten years from now. Are we going to see reboots of reboots? How many reboots can they keep going on with? If it’s not a reboot or a sequel, it’s a reboot or a sequel in disguise.