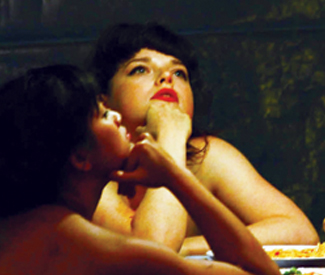 DANCE If you’ve ever had to create a multi-course meal from random fridge contents, or pulled together a smashing outfit moments before a big party, you are well familiar with the fine art of making do.

ODC Theater Director Christy Bolingbroke might have been thinking along these lines as she put together the Walking Distance Dance Festival — SF, a three-day marathon of 12 companies both local and national, with one from Singapore thrown in for good measure. These are the ingredients that she had to work with; the occasion is that Dance/USA, the national service organization for dance, is in town. That’s a big opportunity to show the rest of the country who we are and what we do.

The ten-year-old but little-known Scuba, a multi-city initiative between San Francisco, Seattle, Minneapolis, and Philadelphia, offers touring opportunities to mid-career artists to and from participating cities. ODC has a long tradition of offering developmental residencies to local choreographers. And last, but not least, ODC has an elegant multi-venue “campus,” as they call it, suitable for simultaneously showcasing performances both intimate and large. For Walking Distance, Bolingbroke curated a mix of Scuba and former ODC resident artists performing in three ODC venues.

But she also had something else in mind. Walking Distance presents most works in shared line-ups. “We know that audiences follow individual artists,” she explains. “We wanted to create opportunities for them to see different artists in one sitting to get a taste of a variety of choreographies.”

It’s a model that has been the norm in other performing arts, such as symphony orchestras. Dance companies, however, have for the most part stuck to one-artist programs, though Robert Moses’ Kin Dance Company’s recent “The BY Series” and Amy Seiwert and Imagery’s upcoming “Sketch 2” may be indications of change to come.

One of Walking Distance’s most intriguing pairings just might be ODC Dance with Maya Dance. Maya is a five-year-old contemporary ensemble from Singapore that bases its work on Asian esthetics and traditional dance forms. In May, ODC and Maya performed in a shared program in Singapore. Both groups performed Brenda Way’s 2008 Unintended Consequences: A Meditation; KT Nelson set a work on Maya, and Kavitha Krishnan set one on ODC. The repeat will be Maya’s first US appearance.

Making their first appearance in San Francisco are three Scuba artists; it’s impossible not to be impressed with the sheer variety of dance being created outside the Eastern corridor. A colleague from Seattle described Alice Gosti’s Spaghetti Co — Are you Still Hungry? as “basically a food fight with kinetically interesting things happening.” For her Halo, Gabrielle Revlock is bringing one prop — a hoop — from Philly. And then there is the German-born Minneapolis choreographer Angharad Davies, who in Security examines the effect of tedious shift work on relationships.

Of the work by former ODC Theater residents, only the excerpt of Catherine Galasso’s Fall of the Rebel Angels is new. Perhaps that’s not what festivals traditionally do, but for Bolingbroke this one is an opportunity to gather works that have proven themselves.

Walking Distance also reflects the theatrical strengths among former ODC resident artists. There is no pure dance, and no ballet unless you count the revival of Kunst-Stoff’s deliciously deconstructed Less Sylphide. The festival’s choreographers — Ben Levy, Monique Jenkinson, Ryan Smith and Wendy Rein, and Shinichi Iova Koga — have extraordinarily broad perspectives on how dance communicates.

“It’s a taster, a sampler of many different things,” Bolingbroke says of Walking Distance, which was inspired by a 2011 version held in the Mendocino County town of Willits. At that festival, several theaters in close proximity to each other collaborated to present BARE Dance (from Los Angeles), AXIS Dance Company, and Na Lei Hulu I Ka Wekiu; it focused local attention on California dance in an informal, easily accessible manner. This approach just might work in San Francisco as well — now and at future incarnations of the fest.