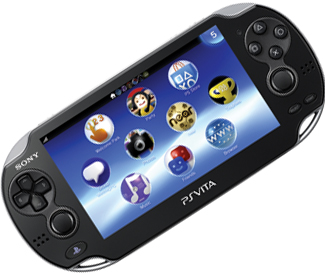 GAMER News of the Vita’s death in Japan has been greatly exaggerated. Sony’s new handheld console arrived on Japanese shores last November, with meager sales compared to 2005’s PSP and even fewer than the much-ballyhooed Nintendo 3DS launch last spring. Analysts were quick to point to the 3DS’s disappointing launch as the beginning of the end for dedicated handheld systems, and Sony’s comparatively low sales had many pundits patting themselves on the back.

But, unlike Nintendo, Sony seems to have learned that software is as important as hardware. Where the 3DS launched with a sparse game library and hoped to sell units on name recognition and a 3D gimmick, the Vita has arrived with one of the best all-around software launches in recent history. That the hardware is no slouch either indicates we’re looking at a winner — if gamers are willing to carry around another gadget.

The Vita is a system for tech geeks. It’s got gimmicks and novelties — front and rear cameras, tilt control, and a rear touch pad — but it’s the more traditional elements that drive them home. The system is comfortable to hold and has a beautiful OLED front touch-screen. It’s quick as a whip, and best of all it’s aesthetically pleasing. It’s no accident the Vita looks more like an iPhone than a plastic Speak & Spell. (Yes, that’s a dig at the 3DS.)

Additionally, it’s a real surprise to see Sony at the forefront of the impending digital revolution. Not only is every Vita game available on a cartridge, it’s also available for download — often at a lower price. Flexible pricing is something Sony seems interested in across the board, and it’s a development the industry has needed for a while; helping smaller games release at prices related to their stance in the marketplace makes sense.

Early sales reports for the Vita’s Western launch currently remain low, but the problem is not with the system. The Vita is slicker and quicker than its big brother, the PlayStation 3, and with the right publishers and a steady pace it could be the handheld we’ve all been waiting for. Buying the Vita now means banking on the system’s potential. Its launch lineup is full of games that are undeniably fun to play, but one could argue they are mere previews of the bigger-and-better experiences the Vita can offer. Whether or not we see those experiences is in the hands of a public that just might be OK with 99-cent iPhone games and 10-minute time-wasters.