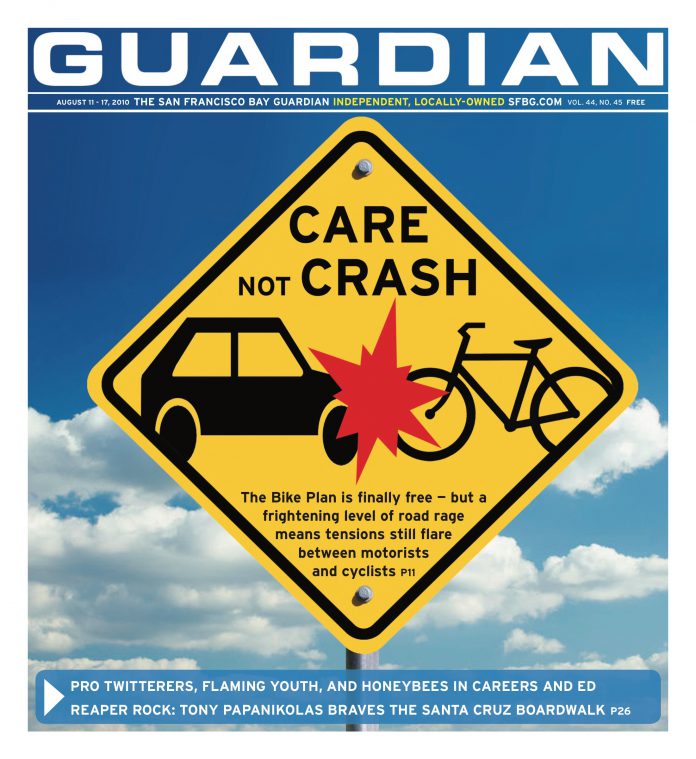 LIT With volumes devoted to numerous U.S. cities and quite a few foreign capitals, it sometimes seems as if Akashic Books’ expanding line of noir story anthologies will wind up covering virtually every major metropolis on earth. Because less gritty burgs like Portland, Ore.; Seattle; and Phoenix all have entries in the crime fiction series, it’s only fair that Mexico City gets a nod.

Akashic must be commended for waiting several years until the great novelist Paco Ignacio Taibo II agreed to take on editing duties for Mexico City Noir (Akashic Books, 250 pages, $15.95). Taibo, who was born in Spain but has lived in Mexico since 1958, is the author of wildly entertaining and internationally successful mysteries that push the genre’s boundaries in interesting directions. In addition to a dense biography of Che Guevara, he has written a doorstop-size book about Pancho Villa that should have been translated into English years ago.

In his introduction to Mexico City Noir, Taibo describes the capital city as having “the most corrupt police force on the planet.” (A recent guidebook cites research showing that 13 percent of the megacity’s incarcerated population are veterans of the police corps.) Taibo writes of the corruption and mayhem sewn by members and ex-members of “security” forces: “If you’re lucky, you can stay away from it, you can keep your distance … until, suddenly, without a clear explanation of how, you fall into the web and become trapped.” He concludes, “You wake up in the morning with the uneasy feeling that the law of probabilities is working against you.” If that’s not noir, what the hell is?

The stories Taibo assembles shine a harsh light on systematic injustice and dire poverty amid, as Taibo puts it, “an economic crisis that’s been going on for 25 years.” Among the book’s highlights are a street drunk who may have witnessed a police killing, a demented priest with some unsavory urges, and plenty of street-level contemplation of the violence of everyday life. There’s also enough grisly narco-related mayhem to satisfy fans of the Saw movie franchise (assuming they can read).

But while stateside crime fiction often achieves such levels of violence at the expense of a moral center, and rarely works on more than one fairly obvious (if lucrative) level, these short stories are rooted in rage at the injustice that permeates life in Mexico City. The sometimes experimental narratives lay out the harsh socioeconomic realities of post-NAFTA Mexico, where the less-than-magical realism of the market makes the rich richer and the poor poorer — and the U.S.-backed drug war provides plenty of bad men with more guns. The warped humor here, especially in Taibo’s contribution about the struggle for the soul of an embattled street corner, is part of the survival mechanism of people who have seen too much of life at its worst but must keep laughing anyway.

Akashic is complementing the release of Mexico City Noir by reissuing The Uncomfortable Dead (Akashic Books, 268 pages, $15.95), the novel Taibo wrote in collaboration with Zapatista spokesperson and strategist Subcommandante Marcos. In an interview included as part of the new edition’s supplementary materials, Taibo describes the frenetic pace at which he and Marcos wrote alternate chapters for serialization in Mexican paper La Jornada, for a total of 12 chapters over 12 weeks. That ongoing deadline pressure has produced a giddy read, and if it doesn’t deliver the kind of straightforward narrative and tight plotting that U.S. mystery readers look for, the literary pyrotechnics of these two impressive wordsmiths offer undeniable pleasures that eschew formulaic predictability.

Taibo’s chapters feature his Coca-Cola-and-tobacco-addled, one-eyed detective Hector Belascoarn Shayne on the trail of a murderer named Morales. Marcos in turn writes about a Zapatista investigator named Elias, who is also searching for a man named Morales. The two stories wind up intersecting in a sometimes surreal jumble in Mexico City, where, in Taibo’s words, there are “more movie theatres than Paris, more abortions than London, and more universities than New York.”

The 1968 Mexico City police massacre of student activists is a key reference point in both books. That bloody repression was clearly a watershed period for Taibo and Marcos, profoundly influencing both of them. In the early 1980s, Marcos went south to Chiapas and joined the guerrillas who evolved into Zapatistas. Taibo became a history professor at the Metropolitan University of Mexico City and president of the International Association of Political Writers; He also went on to write ‘68, a memoir of sorts available in English from Seven Stories Press, and the experimental novel Calling All Heroes: A Manual for Taking Power (which features a survivor of the 1968 police massacres who enlists the aid of his childhood heroes Sherlock Holmes, Doc Holliday, Wyatt Earp, and D’Artagnan to help him in a new reform movement) just reprinted by local publisher PM Press.

Both Taibo and Marcos retained their radical politics and commitment to class struggle. They also share a fondness for absurdist humor, and both display an endearing willingness to laugh at themselves. Self-effacing humor is not a trait one usually associates with committed leftists, alas. The writing of Taibo and Marcos is a fine corrective to the unfortunate association of strident humorlessness with radical activism.